The announcement of formation of a Saudi Arabia-led Muslim coalition recently ostensibly to combat terrorism will further exacerbate the complex and messy war against the Islamic State in the Middle East. The idea of forming a Muslim coalition parallel to the US-led coalition, of which Saudi Arabia and the Gulf countries are major partners, and the Russia-Iran front against the Islamic State in Iraq and Syria, is a move to confound the confusion if not throw a spanner in the ongoing war on terror.

From the day Saudi Arabia announced the coalition of 34-Muslim countries in Riyadh, deep skepticism has been voiced over its very idea and purpose. It has been interpreted primarily as a tool aimed at serving Saudi Arabia's narrow, sectarian objectives and advancing its regional strategic goals, and not meant to combating the Islamic State. There is a view that the regional tension between Saudi Arabia and Iran- the fountainheads of Sunni and Shia sectarian conflicts- would further increase if the Gulf powerhouse were to push its agenda under the proposed Muslim-coalition banner. 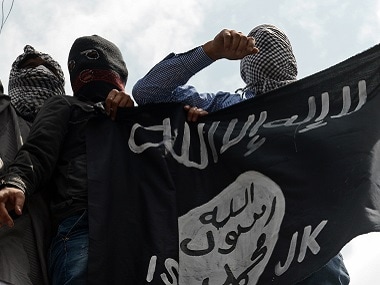 While mostly Sunni-majority countries- from Malaysia (but not Indonesia) in the East Asia to Tunisia in West Africa- are in the Muslim coalition, Iran, Iraq and Syria have been kept out it. Lebanon with equal Sunni-Shia numbers is on the Saudi list but it has expressed its unhappiness over the Saudi's move. Pakistan with significant Shia population too is among the 34 nations but it too expressed resentment over the issue and has asked its ambassador in Riyadh to find out why it figured on the coalition list without being consulted. One fails to understand why Nigeria is included.

The scepticism coupled with concern over the Saudi's intent was the reason why the reception to the announcement of anti-terror coalition was muted among the Western powers and even among the countries named as members. The Shia bloc, the Shia crescent as it's called, led by Iran expressed outrage with its Revolutionary Guard's head Gen. Mohammad Ali Jafari reported to have said that Saudi Arabia and the Islamic State had joined hands to fight Shiites. Iraq too has slammed Saudi Arabia.

Few are taking the coalition seriously realizing that it is meant to serve no purpose beyond Saudi Arabia's narrow foreign policy objectives. Saudi Arabia and Arab Sunni countries have been under pressure from the US and European powers to do more to combat the IS. It's also curious that Saudi Arabia announced the formation of coalition even as the US and Russia were busy working out details of a UN Security Council resolution for a ceasefire and a roadmap for peace process in Syria. Saudis would have liked the world to believe that they had sought to strengthen the anti-IS front in coordination with the US-led coalition partners but there is no evidence to support it.

The biggest irony lies in the Saudi proclamation that the Muslim coalition would fight terrorism in Syria and Iraq while keeping out both the countries battling the Islamic State, Al Qaeda and other terrorist groups. How on earth the coalition will fight Islamic State or Al Qaeda in Iraq without active participation of the Iraqi government? Iraq is already in the forefront of anti-IS coalition led by the US and is currently battling to retake Ramadi, the hotbed of IS in Sunni-majority Anbar province. One can pause and think for a minute that Syria doesn't have a representative government and international community is fiercely divided over whether Bassar Al Assad still represents the will of the Syrian people or he must quit. But excluding Iraq clearly indicates the sectarian motive behind the Saudi's move. In Syria, the complex job of identifying and isolating terrorist groups as opposed to genuine armed opposition groups fighting against Assad is getting complicated as many of the terrorist groups are supported by Sunni powers.

While the US's reaction to Saudi move was muted with Pentagon Chief Ashton Carter paying lip service to the proposal, Russian officials had emphasized that no coalition against IS could succeed without taking Iran and Iraq on board. But isolating the Shiite Iran is what Saudis wish to achieve through a contrived Islamic coalition against the IS.

The US has been asking the Gulf countries to do more to help mobilize Syrian Arab fighters against the Islamic State. Some experts have said that Saudis and other major Sunni nations could wean the Sunni tribes away from the IS as well as provide them with material support to stand up to the IS fighters. They recalled how the US in the post-Saddam Hussain Iraq had successfully won over the confidence of the Sunni tribes to defeat the insurgency and Al Qaeda.

But with Saudi Arabia pushing its Sunni-hegemony agenda to weaken the regional rival Shiite Iran, supporting Sunnis militants in Iraq and Syria would further exacerbate the deep Sunni-Shia schism in the Islamic world.