New Delhi: Bhartiya Janata Party (BJP) national spokesperson Sambit Patra on Saturday said that Indian government doesn't influence the US government on whom to invite and whom not to invite, when asked about the allegations by the Aam Aadmi Party (AAP) on names of Delhi chief minister Arvind Kejriwal and deputy chief minister Manish Sisodia getting dropped from the US first lady Melania Trump's school visit . 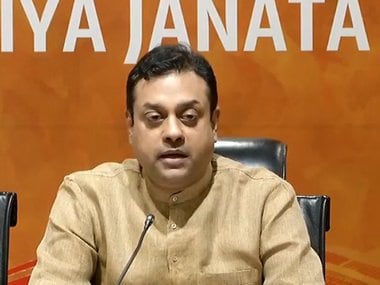 Kejriwal and Sisodia's names have been dropped from the event where US First Lady Melania Trump is scheduled to visit a school on 25 February. Sources claim that the two were earlier scheduled to be part of the event as it was a Delhi Government school.

US president Donald Trump and First Lady Melania Trump will be in India on a two-day visit on 24-25 February. Melania after reaching Hyderabad House in Delhi on 25 February will move to a Delhi government school in Moti Bagh to meet school children.

The school is getting ready to welcome the First Lady of the US.