The Fifa World Cup 2014 set to begin in Brazil later tonight has kicked off a controversy is the sport loving state of Goa, with Chief Minister Manohar Parrikar reportedly approving a Rs 89-lakh junket for six of his MLAs, including three ministers, to attend the event in Brazil. 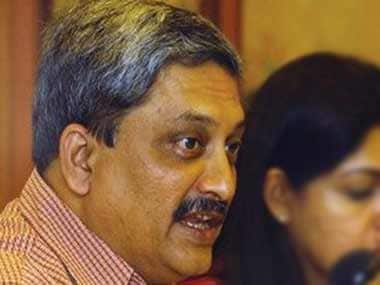 What is interesting, however, is that there is no official from the Sports Ministry accompanying the MLAs. According to a report in today's Times of India, the executive director of Sports Authority of Goa Sandip Jacques, sports secretary Mathew Samuels, joint director of coaching and former Indian football captain Bruno Coutinho had also sought to be part of the delegation, but their names were not cleared by Goa CM Manohar Parrikar.

According to a Times of India report, the six MLAs will watch the first and second quarterfinal clash at Maracana stadium in Rio de Janeiro on 4 July and Estadio Castelao in Fortaleza on 5 July, as well as the semi-finals on 8 and 9 July at Estadio Mineirao and Arena Corinthians respectively.

Meanwhile, the Congress has criticised the Parrikar-led government for granting them permission demanding that it be immediately be revoked.

Party spokesperson Durgadas Kamat in a statement said Parrikar should learn from Prime Minister Narendra Modi and not waste public money to appease his disgruntled MLAs.

"The CM should answer to the people of the state for the utter loot of 89 lakhs in the name of a World Cup junket to Brazil for his MLAs which include Cabinet Ministers. On one hand Prime Minister Modi has been openly advocating not to misuse funds, but his CM has contradicted him by approving a junket for his MLAs. We could have understood if a small delegation of three football experts would have been sent. Surprisingly, no government official, or football expert, will be part of the state delegation that is headed to Brazil, even though both of Goa's Arjuna awardees - Brahmanand Shankhwalkar and Bruno Coutinho are from Goa," he said in the statement, further adding, "we have news from our sources that Chief Minister is trying to keep happy the disgruntled MLAs who are not happy with the government but are not coming out in open due to the BJP government at the Centre".