Panaji: Expressing confidence that the Maharashtrawadi Gomantak Party (MGP) will form next government in Goa after the 4 February polls, the party on day made it clear that they will not align with BJP "under any circumstances."

"Whether BJP brings in Manohar Parrikar as their Chief Minister or not, we have nothing to do with it. MGP and its allies are all set to form the next government. We will have our leader Sudin Dhavalikar as the Chief Minister. Under no circumstances, MGP will align with BJP even after the polls," MGP leader Lavoo Mamlatdar told reporters on Saturday. 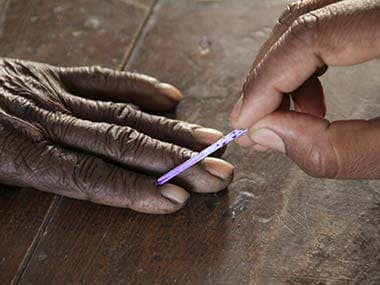 "Before we split with BJP, we had put up a condition that they should announce their chief ministerial face in advance in the run up for the polls which they have failed to," Mamlatdar said.

Reacting BJP leader Nitin Gadkari's statement on bringing in a leader from Delhi, if required, to be Goa chief minister, Mamlatdar said, "BJP has become so weak that they don’t trust their own candidates and have to get a leader from the Centre."

The rift between BJP and MGP in Goa widened after the latter trained guns at Laxmikant Parsekar-government and accused it of taking the state 10 years backward during his two-and-half year rule and the chief minister hitting back at MGP saying those unhappy with the alliance are free to quit and had sacked two of their ministers.

MGP is currently fighting the upcoming polls in alliance with Goa Suraksha Manch and Shiv Sena.

The party has already announced list of 18 candidates on Friday.