From Amar Singh with love: Hillary campaign under fire over $5 mn donation to Clinton Foundation

A new book has raked up again the claim that former Samajwadi Party leader Amar Singh may have been behind a generous $5 million donation to the Clinton Foundation in 2008, and possibly acted as a conduit.

The allegations, which were first levelled against Singh in 2008 in a New York Times report, have resurfaced after a book raised questions over the donation made a individual named Amar Singh to the Clinton Foundation in 2008, around the same time Congress was debating the Indo-US civil nuclear deal. 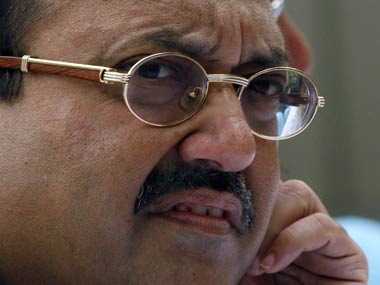 The New York Times report in 2008 had pointed out that Singh reportedly donated between $1 million to $5 million to the foundation and had met with Bill Clinton in September 2008 while lobbying for the deal. After the meeting he posed for photographs with the former president and told Indian reporters that he had been promised the Democrats wouldn't block the deal in the US Congress.

A new book titled Clinton Cash has raised the issue again, questioning whether Singh was actually the source of the cash or was a conduit for other interests in India for pushing the deal forward in US Congress. Hillary Clinton, a Senator in 2008, was among the Democrats who supported the legislation in Congress and was reportedly at the meeting with Singh with her husband.

The author, Peter Schweizer, noted as this Times of India report in 2008 did, that if the former Samajwadi Party general secretary was indeed the man behind the generous donation it would mean he had donated 20 percent of his declared financial assets at the time to the Clinton Foundation, which works on a range of issues from relief during natural calamities to health initiatives.

For his part, Singh told some ministers that his name was listed by the Clinton Foundation because he had "facilitated the payment and, therefore, it 'erroneously' appeared in the records," according to the book.

Singh in 2008 had countered the report by saying that someone else could have made the donation on his behalf, and in response to the latest report continues to maintain that he never made any donation to the foundation.

"That is not my donation, I have not given that money to the The Clinton Foundation," Singh, who has long parted ways with the Samajwadi Party told the Economic Times.

Singh maintained that he was close to the former US president and had attended a few dinners in his honour but said that his 'corporate rivals' had spared no effort to get him into legal trouble.

Other Indian corporates whose names had been disclosed by the foundation as donors in 2008 included ArcelorMittal chief Lakshmi Mittal, Suzlon head Tulsi Tanti and industrial lobby Confederation of Indian Industry. They were also reported to have made donations in the range of $1 to $5 million.

While the allegations about the conflict of interest had been raised as far back as 2008, Singh had escaped unscathed at the time and it hadn't affected Hillary being made the secretary of state. The new book may be intended to target Hillary's bid for the presidential elections and it does rakes up an uncomfortable topic at an inopportune moment for her.

It remains to be seen whether Singh's one-time proximity to the former US president will become a talking point during the upcoming presidential race, especially since the former Samajwadi Party leader had previous links with her husband in the past. Bill Clinton had visited Lucknow in 2005 to launch a rural health scheme and had been accompanied by US hotelier Sant Singh Chatwal, who had been a major fund raiser from the Indian American community for the Clintons.

However, after Chatwal pleaded guilty to illegally funding political candidates in 2008, including Hillary,  he's likely to largely remain invisible this time round. But with Singh's name making headlines again, Chatwal and his political funding is also likely to become a thorny issue the presidential aspirant.

Unlike Chatwal, Amar Singh has avoided jail despite a range of allegations against him but Indian politics hasn't been kind to him. Singh's political career is at its lowest ebb presently, and his unsavoury reputation has meant that most Indian political parties prefer to stay an arms length from him. Given the political kryptonite that he seems to have become, Hillary's campaign team can't be faulted if they go into overdrive to prevent any further association between the former secretary of state, Singh and all that happened in 2008.