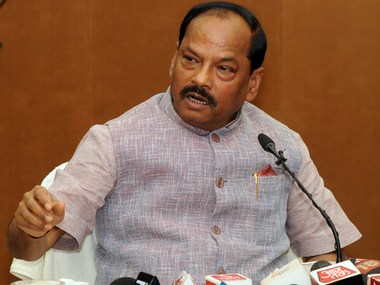 Based on a complaint lodged by Soren on 19 December, a preliminary probe into the matter was conducted by Sub-Divisional police officer Arvind Upadhyay and then the FIR was registered at Mihijam police station, Jamtara SP Anshuman Kumar said.

Soren had filed the complaint against Das at Dumka police station, accusing him of making "objectionable" remarks on his caste during an election meeting in Jamtara, the SP said.

"I have filed a complaint with the Schedule Tribe and Schedule Caste police station in Dumka against the chief minister, who used objectionable words on my caste during a poll meeting at Jamtara's Mihijam on Wednesday," Soren had earlier told reporters.

"His words hurt my feeling and honour. Is it an offence to take birth in a tribal family?" he had said.

BJP Jharkhand unit spokesman Pratul Shahdeo had then claimed that Soren's "absurd allegation" against the chief minister was a tactic after he was deplored for his remarks that people wearing saffron robes were robbing women of their honour.