The Congress’ 150-day long Bharat Jodo Yatra completed a week today. From attack on RSS to Rahul Gandhi’s meet with a controversial pastor in Tamil Nadu, here’s how the foot march has panned out so far

Congress MP Rahul Gandhi on Wednesday kick-started the fourth day of the Kerala leg of the 3,570-kilometre padyatra by offering obeisance to social reformer Sree Narayana Guru at Sivagiri Mutt in Thiruvananthapuram.

Even as the padyatra has seen a decent turnout, the foot march has been marred with various controversies including Congress’ attack on RSS, Rahul’s meet with a controversial pastor in Tamil Nadu and the BJP targetting Rahul for his ‘expensive Burberry T-shirt’

What controversies have marred the Bharat Jodo Yatra?

Let’s have a closer look:

This is arguably the biggest row of the seven-day-old Bharat Jodo Yatra.

The khaki shorts are synonymous with the Rashtriya Swayamsevak Sangh (RSS).

The party captioned the picture, “To free the country from shackles of hate and undo the damage done by BJP-RSS. Step by step, we will reach our goal.”

To free the country from shackles of hate and undo the damage done by BJP-RSS.

The tweet triggered a backlash from the ruling BJP, which claimed the picture is a “call for violence”.

“This is not the first time Congress Party has done so. I want to ask Rahul Gandhi do you want violence in this country? Congress should take down this picture immediately,” he added.

Hitting back, All India Congress Committee (AICC) general secretary in-charge communication Jairam Ramesh told ANI, “I don’t want to talk about T-shirts, underwear. If they (BJP) want to make an issue about containers, shoes or T-shirts, it shows that they are afraid and can say anything. ‘Jhoot ki factory’ is running overtime on social media.”

Rahul Gandhi and other Congress members are spending their nights in containers during the Bharat Jodo Yatra that will cover 12 states and two Union Territories in 150 days.

A row erupted over a camp of containers that were to be set up at an agricultural university in Thiruvananthapuram on 11 September.

Rahul Gandhi then had an awkward meet with controversial Catholic priest George Ponnaiah at the Muttidichan Parai Church in Tamil Nadu’s Puliyoorkurichy that BJP seized upon.

In a video shared by many saffron party leaders, the former Congress president can be heard asking “Jesus Christ is a form of God? Is that right?”

Responding to this, the pastor says, “He is the real God.”

He adds, “God reveals him(self) as a man, a real person … not like Shakti … so we see a human person.”

Attacking Rahul over the video, BJP leader Amit Malviya tweeted, “If meeting a controversial pastor, who is known for his visceral disdain for the majority community and their beliefs, Rahul Gandhi’s idea of “Bharat Jodo, then this Yatra is nothing but a sham. How can indulging faith supremacists serve the larger society and bring cohesion?”

Congress accused the BJP of “mischief”.

“An atrocious tweet from the BJP hate factory is doing the rounds. It bears no relation whatsoever to what is recorded in the audio. This is typical BJP mischief that has become more desperate after the successful launch of Bharat JodoYatra which is evoking such a huge response,” Jairam Ramesh said in a tweet in Hindi. 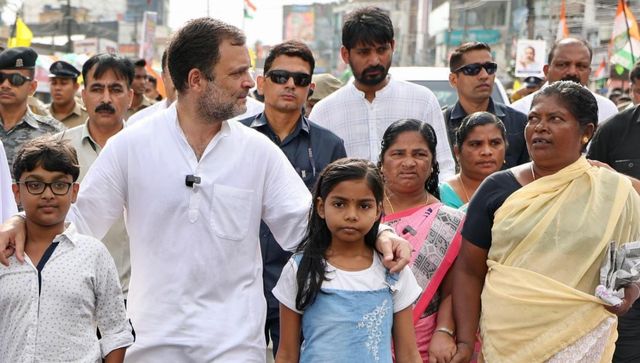 Soon after the launch of the Yatra in Tamil Nadu’s Kanyakumari, the BJP had targeted Rahul for allegedly wearing a Rs 41,000 Burberry T-shirt during the foot march. After his T-shirt, his shoes and watch became a topic of discussion for the ruling saffron party.

Congress had responded to the BJP saying the nation has not forgotten Narendra Modi’s “Rs 10 lakh suit” and asked the party to refrain from irrelevant talks, reported The Telegraph Online.

The Kerala Congress leaders were left in an akward situation after Rahul missed the inauguration of a memorial for freedom fighters KE Mammen and P Gopinathan Nair near Neyyatinkara, Thiruvananthapuram.

Even though Bharat Jodo Yatra led by Gandhi passed through the locality, he did not turn up for the inauguration. 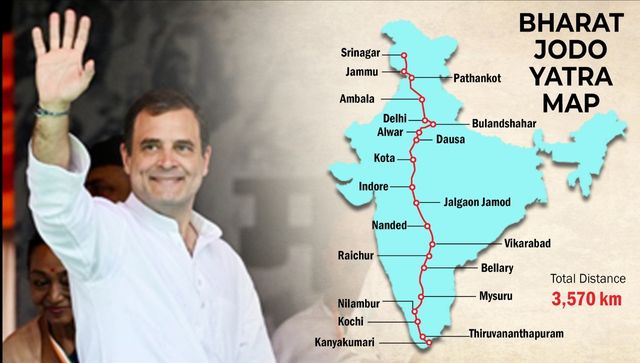 Shashi Tharoor, who along with Kerala PCC president K Sudhakaran was present at the NIMS Hospital for the function,  slammed Rahul for skipping the event.

“Such things affect the credibility,” Tharoor said, as per Deccan Herald.

Congress lashed out at Union minister Smriti Irani after she alleged that Rahul Gandhi did not pay respect to Swami Vivekananda before commencing the Bharat Jodo Yatra in Kanyakumari.

“Today, I want to ask the Congress party, you say you’re on a ‘yatra’ to unite India. Then, at least don’t be so shameless as to have ignored Swami Vivekananda. But it seems even such a gesture does not have Rahul Gandhi’s approval,” Irani said in a video in Hindi, as per Hindustan Times.

What a silly thing to do!
God bless Silly Souls https://t.co/7vzgEI7v3U

The choice of Kerala

The ruling CPM in Kerala has expressed indignation with Congress’ choice of spending 19 days of Bharat Jodo Yatra’s in the state.

The left party has questioned why Congress did not allocate more days of the yatra for BJP-ruled states such as Uttar Pradesh or Gujarat.

Dismissing the criticism, former Karnataka chief minister and Congress leader Veerappa Moily told The New Indian Express, “It is not an election campaign to travel through Gujarat or Himachal. The objective is to unite people from north to south irrespective of caste, class or religion. It’s against BJP’s divisive policies.”