Elections 2014: For now, Cong leads the list of crorepati candidates

Clearly, being a politician isn’t all about service to the nation; most of them clearly know how to make money too. In fact, so many of them fall in the crorepati category, it's mind-boggling.

The latest data confirms how very rich our netas/neta wannabes actually are. According to the Association for Democratic Reforms (ADR), the average assets per candidate contesting from phase 1 to 5 of the Lok Sabha elections is Rs 5.83 crore. The ADR analysed the financial details of 3,305 candidates out of the 3,355 candidates standing for elections in phase 1 to 5. 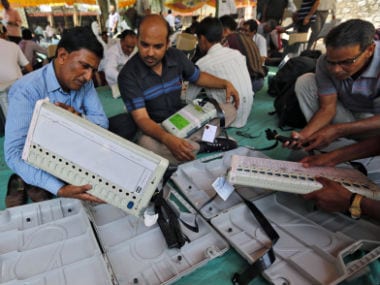 Still, all that money doesn’t look like its going to help the Congress come back to power for a third term, judging by recent opinion polls. To see the ADR data, click here.

This story first appeared on FirstBiz.