New Delhi: The ED has questioned some Popular Front of India (PFI) officials in connection with a money-laundering probe against it and an NGO linked to it, officials said on Thursday.

They said about half a dozen office bearers of the Kerala-based organisation were questioned about the finances, expenditure, various sources of funding and beneficiaries of the funds generated or distributed by it. 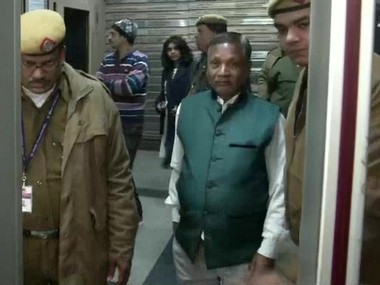 The ED is probing PFI and NGO Rehab India Foundation (RIF) under criminal provisions of the PMLA as part of an enforcement case information report (ECIR) or FIR filed in 2018.

It is also probing charges that the organisations received and distributed funds from their bank accounts that were allegedly used to fuel protests against the Citizenship Amendment Act (CAA) in various parts of the country.

The sources said the agency is investigating the exact nature of the association of some PFI officials with politicians based in Delhi and other parts of the country.

PFI Delhi president Pervez Ahmed was asked by PTI if he had any links with AAP leader Sanjay Singh and Congress politician Udit Raj, as stated in media reports.

"Being a social movement, we meet many people as part of our public relations and we met (Sanjay Singh) for introducing our activities," he said.

Ahmed added that while he never met Raj, the two had once spoken as the Congress leader wanted the PFI general secretary to participate in an event in Delhi.

Singh, a Rajya Sabha member from the AAP, also tweeted on the development from his official handle.

He said there is "no official document or statement" from the ED that links him with the PFI and the reports in this context are an attempt to malign his name by the "BJP and Union Home Minister Amit Shah who are attacking from behind like cowards".

Raj, who is also the All India Confederation of SC and ST Organisations' national chairman, said while the media has "linked" his name with the PFI, it could be possible that he met and spoke to a number of people for a rally that was held here in December last year.

"I speak to and meet hundreds of people. It is not possible to know everyone," Raj said on his official Twitter handle.

Sources have said that a total amount of Rs 120 crore, credited at varied times into the bank accounts linked to the PFI, RIF and few others, are under the ED's scanner as part of this investigation.

"The Popular Front of India has stated it multiple times that we fully comply with the law of the land and the allegation of Rs 120 crore transferred from the Popular Front's accounts just before the CAA protests is totally baseless and the people who are levelling these allegations should prove these claims," PFI had earlier said in a statement.

A National Investigation Agency FIR and charge sheet against the PFI formed the basis for the ED to file the PMLA case two years back.

The agency is probing the PFI's alleged role with respect to suspected terror-funding and the possible creation of assets by using "tainted" funds.