New Delhi: Rejecting Nitish Kumar's charge that Bihar was being discriminated against and ignored by UPA government, Congress today said nobody should play politics on the issue of special status to the state.

Congress leader Shakeel Ahmed reminded the Bihar Chief Minister as to how "shabbily" the state was treated when the NDA was in power at the Centre and alleged that the BJP-led alliance did not allow the government to give any special status or assistance to Bihar.

"Every Bihari wants more for Bihar, but nobody should play politics in the name of special status," he said hours after Kumar at a well attended rally at the Ramlila Maidan complained of the state being "ignored" by the Centre.

Ahmed, who is a prominent Congress leader from Bihar and AICC in charge of West Bengal and Jharkhand, said that people still remember the attitude of Kumar and the NDA government and how they treated Bihar and Biharis at the time of division of Bihar.

"They treated Bihar very shabbily. They did not allow Government of India to give any special status or assistance to Bihar in spite of the fact that most wealth, whether above ground or below it, went to Jharkhand," Ahmed, a former Union Minister told PTI.

On the response to JD(U)'s rally in Delhi seeking special status for Bihar, he said, "There are more than 15 lakh Biharis in Delhi, we do hope that it would have been a big gathering".

Union Minister Rajiv Shukla countered Kumar's charge that Bihar was discriminated against and said the demand for special status was under consideration.

"Prime Minister Manmohan Singh is doing justice with all the states irrespective of which party is in power there," he said. 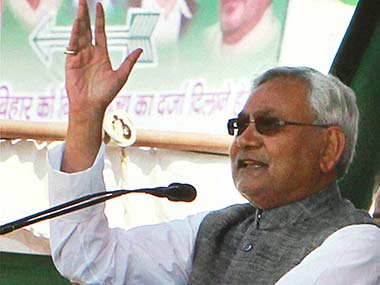 "We are trying to do best to help Bihar. He has demanded something and the Prime Minister and the Finance Minister are already aware of it and the demand is always in consideration," the minister said.

He said that the government has got a provision within the Planning Commission and special funds have been given to the state under backwards regions grant fund (BRGF).

Shukla, at the same time, said that everybody including Nitish Kumar has a right to make a demand and organise a rally.