DMK suspends ex-MP KP Ramalingam from primary membership, removes him from all posts for 'anti-party activities'

KP Ramalingam, former MP and MLA of Dravida Munnetra Kazhagam (DMK), was suspended from the primary membership of the party on Thursday.

The MK Stalin-led DMK said that Ramalingam has been removed for his anti-party activities.

“Ramalingam has been suspended from the primary membership of the party and removed from all party posts he held,” DMK said in a statement. 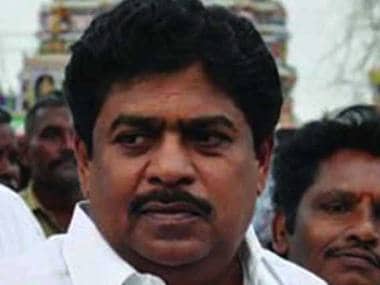 The Tamil Nadu-based regional party said action has been taken against him due to his involvement in anti-party activities and bringing a bad name to DMK.

Ramalingam was removed from the post of agriculture wing secretary on Monday.

According to a report by The Times of India, the immediate reason for Ramalingam suspension was his views against an all-party meeting suggested by Stalin to discuss the COVID-19 pandemic in the state.

Ramalingam, who was the party MP in Rajya Sabha from 2010 and 2016, was expelled from DMK some years ago. He was later allowed to rejoin the outfit.

A few days ago, former Madurai mayor and DMK functionary C Ramachandran had appealed to his party to reinstate Ramalingam as its agriculture wing secretary.

According to The Hindu, he said the DMK cadre and functionaries were shocked to hear of the removal.