Delhi polls: BJP will need more than Brand Modi to steal the show in Capital

It took 34 pre-poll rallies by Prime Minister Narendra Modi to pitchfork the BJP from the status of secondary player to a position of political pre-eminence in Maharashtra and Haryana. That the Modi appeal has been spectacular in its spread and impact across the country needs no overstating. Thus the party's decision to make him the face of its campaign in Delhi is understandable. However, to be a credible claimant to power in Delhi, doesn't the party need a plan of action beyond Brand Modi?

The party itself is giving the question a serious consideration. “We want to connect our Delhi election campaign with Modiji’s national development agenda. These are not just pre-poll promises; the state BJP would like to take advantage of the Centre’s policies to provide a superior infrastructure to the national capital. Moreover, the MCD is governed by the BJP, so it’ll help us in putting civic amenities in place,” said Harish Khurana, spokesperson for Delhi BJP. 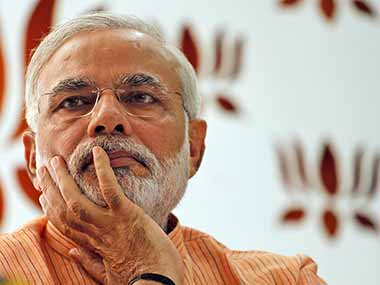 The party's blueprint for Delhi addresses the question with some clarity. It wants to communicate to the Delhi voters that if they form the government, Delhi would be converted into a world-class capital city, with state-of-the-art infrastructure facilities, which at present is missing.

It also wants to remind the Delhi citizens that the credit for the Metro Rail should go to the BJP, and wants to link it to its future development plans. “Though Metro Rail was set up and expanded during Sheila Dikshit’s tenure as CM, it was the BJP that had initiated the project earlier,” a senior BJP member said.

Following in Modi’s footsteps, the state unit would emphasize on ‘zero corruption’ at all levels of administration and governance. If the Aam Aadmi Party (AAP) had made cheaper electricity and free water as its poll plank in 2013 election, these two are also a part of BJP’s focus area now.

“We were the first to take up the issue of electricity when we were in power in Delhi between 1993-98, and if BJP regains power, the state government would ensure 24x7 power supply,” the member added.

Slum dwellers and residents of resettlement colonies are also on the party’s focus; it wants to assure them proper sanitation and make Delhi slum-free. Alongside continues its membership drive, through which it hopes to reach villages and target pockets where it has negligible presence now. “There is a large chunk of Purvanchali population in Delhi, and the party would address this segment,” a source in the party said.

“Though the BJP has started gaining ground amongst middle-class and youth in Delhi, simultaneously it will have to infuse confidence amongst citizens that deteriorating law & order in the capital, issues related to civic amenities and supply of water and electricity in slums and resettlement colonies would be addressed,” political commentator Jagdish Upasane.

The party’s Achilles' heel — areas with high minority population - are also in focus, where it is, however, treading cautiously. “If opponents are accusing the BJP of being communal, it would be an insult to Indian public, who voted the party to gain absolute majority in general election and form government at the Centre. The BJP has also won in Muslim-dominated areas. And, as far as the communal tag is concerned, we’ve been drubbed as ‘communal’ since the formation of Jan Sangh in 1951 by the then ruling government and state machinery,” pointed out Prabhat Jha, BJP’s national vice president, who is also overseeing Delhi’s forthcoming election for BJP.

BJP’s Member of Parliament from North West Delhi and member of national executive, Udit Raj is the Dalit face of BJP. He is likely to help the state unit pull the Dalits and Other Backward Class voters to its fold. “The victory of Dr Udit Raj itself confirms that economically weaker section and the backward class have reposed faith in the BJP,” a state unit member said.

The state unit has also initiated a survey to choose the ‘right candidate’ to contest election. “The party is taking feedback regarding candidates and based on several factors, the right candidate will be finalised. It’s not necessary that a candidate who won the last election would be given ticket, if his/her reputation jeopardises the party’s winning prospect. The main object is to win back the trust of people,” a BJP insider said.

According to a party source, the central leadership has been closely monitoring the concerted effort of the state unit. “During its previous regime, Delhi witnessed three CMs in five years. So, now the effort is to gain majority first, and form a government by unanimously electing a CM,” the source added.

It is in light of these issues that the party has earmarked for its poll agenda that it chose not to name anybody as a CM nominee. “It is a master stroke as naming a future CM might affect or dilute Brand Modi. Moreover, Modi wants an elected MLA to be the CM,” added Upasane.