New Delhi: Ahead of Delhi Assembly elections, Arvind Kejriwal-led Aam Aadmi Party (AAP) has collected around Rs 19 crore as donations from cross section of people, most of them are the first-time donors to a political party.

"We have collected around Rs 19 crore from donations from around 63,000 individuals belonging to cross section of society," said Pankaj Gupta, Party's National Secretary and incharge of Funding and donations.

The party claimed to have received donations ranging from Rs 10 to several lakhs, from rickshaw-pullers to traders to industrialists to NRIs to help it fight the Delhi Assembly polls and bring a "corruption-free" administration.

Our aim was to collect Rs 20 crore for Delhi Assembly elections, and we would soon be achieving that target. Till the last week of September, we had collected around Rs 10 crore but within a span of a month, we have received Rs nine crores as donations, he added. 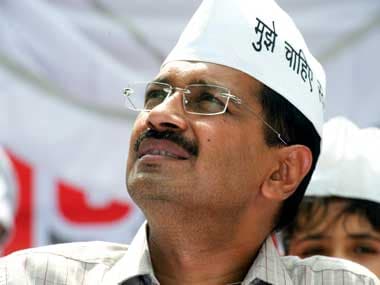 The party has received Rs 13.18 crore from donors in India, while rest around Rs six crore from NRIs based in the US, UK, Hong Kong, Canada, Australia, Switzerland, UAE and even Saudi Arabia.

The AAP, which has kept all its transactions and donations in public domain by posting details on its website, has received most overseas donations of around Rs two crore from NRIs based in the US, while Rs 1.14 crore from Hong Kong-based NRIs, followed by Singapore, UAE and UK based NRIs.

The party has also been receiving funds from NRIs based in Germany, Qatar, Kuwait, New Zealand, Norway, the Netherlands and Japan.

The AAP has over 63,000 online donors, which include rickshaw-pullers, soldiers from Siachen to businessmen and students in America.

When asked was receiving funds from overseas for a party justified, he said, we are accepting funds only from Indians and nobody else.

"Though some foreigners wanted to give donations but we have refused. We have every record of our transactions on our website, any body could verify it," Gupta said.

Last month, the Delhi High Court asked the Centre to look into "afresh" the accounts of AAP to find out the source of money received by it after its inception.

A bench of justices Pradeep Nandrajog and V K Rao asked the counsel for the Centre to inform it by December 10 after going through the accounts of AAP.

"You go through the accounts again after the AAP was formed. In case you find anything in violation of Foreign Currency Regulation Act, take action or you inform the court about the status," the bench had said.