Dharamshala: Tibetan spiritual leader the Dalai Lama has congratulated Ram Nath Kovind on his election and said he hopes the President-elect will consolidate India's strengths. 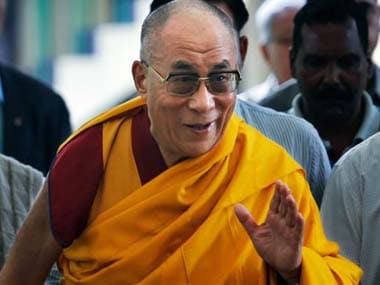 In a congratulatory letter, the Dalai Lama said: "This is the 58th year of our life in exile. Thanks to the kindness and generosity of the government and the people of India, more than 130,000 Tibetans continue to make their homes in this country. We will always be grateful.

"No doubt you will do whatever you can to consolidate India's strengths so that she may provide the leadership in the world that her stature entails," said the Dalai Lama, who has lived in India since fleeing his homeland in 1959.