'Credible action' against Lavasa this week

The Maharashtra State Government under the insistence of the union government is expected to initiate criminal proceedings against Hindustan Construction Company's (HCC) flagship Lavasa Corporation Limited (LCL) for flouting environment laws this week.

Earlier this month the Ministry of Environment and Forests had pressed the state government to ensure that the preconditions set by the union ministry be met before the  project was given a go ahead. The ministry had set five preconditions to be met by Lavasa Corporation and the state government before granting clearance to the first phase of the township built by the company. The preconditions included taking 'credible action' against the representatives of the project for violating the Environment Protection Act, 1986. 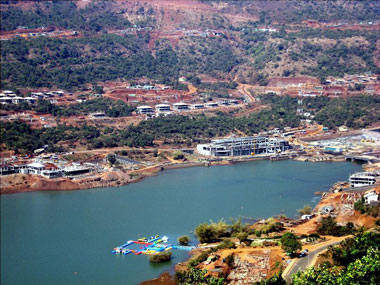 As part of the required 'credible action,' the state government is likely to file proceedings before a Pune court seeking prosecution of Lavasa officials.

Construction in Lavasa hill town was stopped last November when the Environment Ministry, then headed by Jairam Ramesh, show-caused LCL forcing Agriculture Minister Sharad Pawar to openly express his disapproval of Ramesh Pawar who is close to LCL's Ajit Gulabchand who had promoted the project.

According to the Bombay High Court's order, the Maharashtra government has to file a case before 3 November 2011, and the environment ministry has to give its final order on the Lavasa case by November 10.

Last week the high court had asked the union ministry to put forth its final order, approval or rejection, within three weeks. The matter is likely to come up for hearing on November 16.

As part of the required 'credible action,' the state government is likely to file proceedings before a Pune court seeking prosecution of Lavasa officials. Conviction could carry a Rs 1-lakh fine and up to five years’ imprisonment.