Justice JR Midha said he would pass an order in the case before 22 July, the date fixed by a trial court in its order to formally frame charges against Gupta based on a criminal defamation complaint filed by Dikshit. 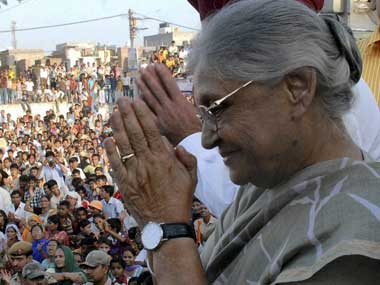 The BJP leader moved the high court against the trial court order and also sought a stay on proceedings in the case.

The court also issued notice to the city government and posted the matter for hearing post-lunch Wednesday.

On 1 July, the trial court ordered the charges to be framed against Gupta and said an offence of defamation was prima facie made out against him.

Dikshit filed the criminal defamation case against Gupta alleging that the BJP leader used "uncivilised" language against her in the run-up to the Municipal Corporation of Delhi (MCD) polls last year.