Congress will not bow down to one leader: Ashok Gehlot on Shankersinh Vaghela

Ahmedabad: Congress' Gujarat affairs in-charge Ashok Gehlot on Friday said the party will "not bow down to any one leader" and hoped that Leader of Opposition in the state Assembly Shankersinh Vaghela would not leave the party.

Vaghela is reportedly sulking and has not been attending the party meetings for the last few days after Congress vice president Rahul Gandhi, at a recent meeting in Delhi, refused to declare him as the party's chief ministerial face for the Gujarat Assembly polls, due later this year, or give a free hand to him in running the affairs of the party in the run-up to the election. 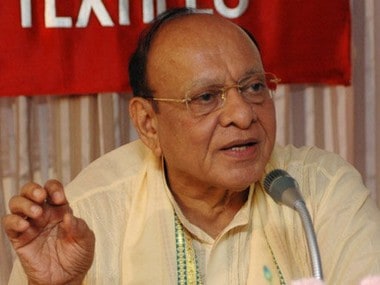 Gujarat Congress is grappling with infighting with months to go for the polls.

"The party will not bow down to any one leader," Gehlot said.

"Vaghela is a very senior leader. He has been a party (Gujarat unit) president, a Union minister and he now holds the post of LoP (in the Gujarat Assembly).

"He (Vaghela) is with the party and not going anywhere. He has said on numerous occasions that he will not leave the Congress. At the time of elections, it is the duty of every party member to fight unitedly," he added.

Vaghela has repeatedly said he should be declared as the party's chief ministerial face for the Gujarat polls and given a "free hand" in running the party's affairs in the run-up to the election.

However, Gehlot had earlier refused to declare the chief ministerial face of the party saying it was "not the Congress tradition".

Gehlot, who is on a two-day visit to Gujarat, said he would pay Vaghela a visit soon.

The former Rajasthan chief minister demanded a CBI inquiry into the custodial death of a Patel youth in Mehsana district and said he would visit the family tomorrow.

"If a man dies in police custody, how will the local police be able to conduct an impartial inquiry? The CBI should investigate the case," he said.

Ketan Patel (28), who was arrested for theft, died in custody last Monday.