New Delhi: The Congress on Sunday asked the BJP to make its stand clear on the remarks by its ally and Jammu and Kashmir Chief Minister Mehbooba Mufti that "you cannot imprison an idea", seen in the context of the arrest of separatist leaders in the Valley. 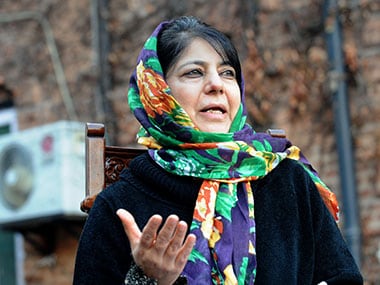 The Congress also attacked the BJP-PDP government in the state over the deteriorating situation, saying it has "failed at
every level".

Mehbooba had on Saturday said, "You cannot imprison an idea, you cannot kill an idea". This is being seen as her comment on the arrest of the separatist leaders.

"The BJP has a lot of answering to do. They have joined hands with PDP. Now it's their own alliance partner. Where does the BJP stand now?" said Pawan Khera, one of the Congress's spokespersons.

The National Investigation Agency (NIA) since last week has arrested seven Kashmiri separatist leaders in connection with its probe into the funding of terror and subversive activities in the Kashmir Valley.

Holding Pakistan responsible for the unrest in the Valley, Khera said political failure is also partly the reason behind the ongoing crisis in the state.