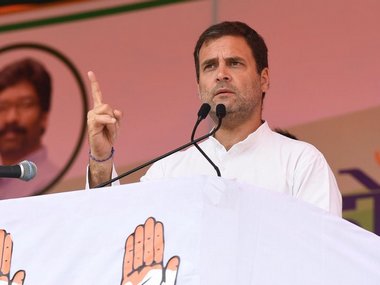 Rahul Gandhi, who became the party president in 2017, offered to step down from his post at the Congress Working Committee (CWC) meeting on 25 May, taking the moral responsibility for the Congress' abysmal performance in the 17th General Elections. Scores of Congress leaders and office bearers have also tendered mass resignations from their respective posts following Rahul's decision to resign.

However, his resignation offer was unanimously rejected by the CWC. So far, several top leaders have met Gandhi and urged him to continue to lead the party. Despite senior members making serious attempts to convince the 49-year-old party chief to rethink his decision, he remains unfazed. The Congress won 52 seats in the recent general elections, which is just eight more than what the party won in 2014 polls.