Kolkata: The West Bengal government described the Union budget presented by Finance Minister Arun Jaitley in Parliament on Saturday as "anti-people" and claimed that allocations for some major centrally sponsored schemes have been reduced. 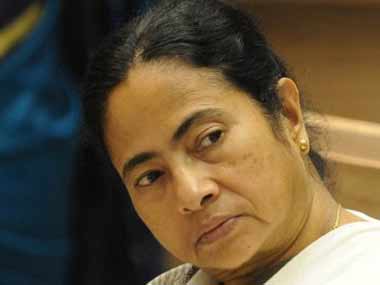 "This is an anti-people budget as allocations for some major centrally sponsored schemes have been reduced," state Finance Minister Amit Mitra told reporters at the secretariat.

He also said there had been no increase in allocations under schemes like PMGSY, for secondary education and health.

"This shows that the budget has not considered the interests of the common man and students," Mitra said.

Referring to increase in devolution of funds by the Centre from 32 percent to 42 percent and aggregation of all central grants, grants-in-aid and additional central assistance given to states, Mitra said in last year's budget it amounted to 61.88 percent.

But Jaitley on Saturday said the aggregation post increased devolution of funds would touch 62 percent, he said.

Asked to comment on special assistance to West Bengal (and also Bihar) as announced in the budget, Mitra said, "it is not clear and also not sure whether it will come at all."

He said Jaitley had mentioned that such assistance would be in the lines given to Andhra Pradesh in the past.

Mitra said Andhra Pradesh had got a special assistance of Rs 850 crore only.

"This a paltry amount since the Centre takes away Rs 28,000 crore straightaway from the state exchequer for servicing of debt," Mitra said.

Chief Minister Mamata Banerjee would surely raise the issue of debt waiver when she is given an appointment by Prime Minister Narendra Modi which had been sought, he said.

Mitra, also ex secretary-general of FICCI, said that in the union budget presented today, there was no relief for individual tax payers.

He said the 14th Finance Commission had predicted an allocation of 62.75 percent to the states but the central Govt has not even able to reach the target.

"If the PM gives us time, we will definitely raise the issue of debt restructuring", he said. "On behalf of the West Bengal Government, I must say this is an ‘anti people Budget", Mitra said.