Mumbai: Taking a dig at the BJP which has emerged as a major gainer in the first phase of municipal council polls, Maharashtra Navnirman Sena chief Raj Thackeray on Monday dubbed the ruling party's performance as the "victory of old notes and not of the note ban." 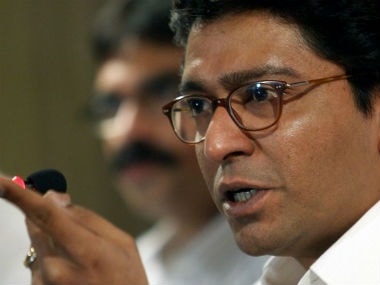 "Ha notabandicha vijay nasun junya notancha ahe (This is the victory of old notes and not of the note ban)," Thackeray said in a brief statement, apparently trying to convey that BJP's political plank of demonetisation of high value tenders didn't work for the party in polls.

Out of 3,705 seats, spread over 147 municipal councils and 17 nagar panchayats, that went to polls yesterday, the results for 3,510 seats have been declared so far. Counting for rest of the seats was still on.

MNS was not a serious contender in the polls and Thackeray had kept himself away from any campaigns.

While Prime Minister Narendra Modi has termed the result as the "win for pro-poor and development politics of BJP", party president Amit Shah has said that "the result should be a wake up call for opposition attempting to mislead people on demonetisation."