New Delhi: What do the Samajwadi Party and Panthers Party or Jharkhand Mukti Morcha and Shiv Sena have in common in Bihar assembly polls? It is their election symbols.

The four recognised state parties from Uttar Pradesh, Jammu and Kashmir, Jharkhand and Maharashtra have been allowed by the Election Commission to use their 'reserved symbols' in the Bihar polls. 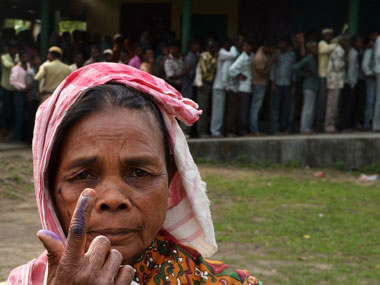 The permission from EC comes with a rider that candidates of parties with the same symbol should not be pitted against each other in a particular constituency so that the voters are not confused. However, if they do fight against each other, their candidates will not be able to use their reserved symbol. They shall be alloted 'free symbol' in those constituencies.

In other words, if JMM pits a candidate against a Shiv Sena nominee on a particular seat, the two parties cannot use their 'Bow and Arrow' symbol.

"In those constituencies where both the parties (SP and Panthers Party, and Shiv Sena and JMM) set up their candidates, the symbol ('Bicycle' and 'Bow and Arrow') shall not be alloted to candidates set up by either of the two parties.

"The candidates of these parties in such constituencies shall be alloted 'free symbol' from the list of free symbols as per provisions of Para 12 of the Symbols Order, 1968," separate EC orders issued to SP and Panthers Party, and JMM and Shiv Sena respectively last week said.

As of now, six parties — BJP, BSP, Congress, CPI, CPI (M) and NCP — are recognised as 'national parties'. Besides, there are 50 'recognised state parties'.

While national parties are free to use their 'reserved symbol' across India, the recognised state parties can use their symbols in their states. To use the symbol outside their state, they have to seek EC's permission.

The registered but unrecognised political parties do not have the privilege of contesting elections on a symbol of their own.

They have to choose from a list of 'free symbols' issued by the poll panel.

Bihar Assembly polls will be held in five phases on 12, 16, 28 October  and 1 and 5 November. Counting of votes will take place on 8 November.