Bank accounts for all: PM Modi that's not financial inclusion

Financial inclusion, the buzzword that Manmohan Singh government used quite freely during his term in office, is likely to be part of Prime Minister Narendra Modi’s lexicon as well. But the question is, how will he implement it?

According to knowledgeable government sources, it will be through a project of doling out bank accounts to the unbanked and poor of India. And the slogan will be “one bank account for every Indian household within a year”.

This decision is likely to be included either in the budget speech of Arun Jaitley or in Modi’s Independence Day speech. 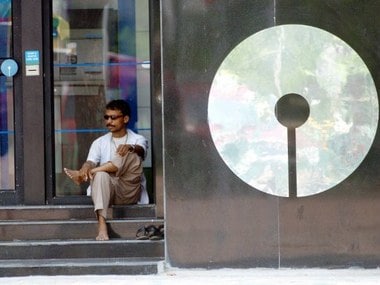 For a government that has shown a flair for fancy announcements, this is an ideal proposition - every Indian household, particularly the 40 per cent who have never visited a bank, holding a bank account. Do they intend to do any banking with this account? Do they have any money to transact through the banks? Or will it in any way improve credit facilities? Who knows?

This is a problem with a new prime minister who is eager for impact and bureaucratic solutions that feed such eagerness. Apparently this top-down solution came from finance ministry officials and the prime minister likes it. It’s still in the planning stages and hence the detailed contours are not available.

Financial inclusion of all Indians is a lofty, but hard-to-achieve idea. For it is not about possessing a bank account, but using the benefits of banking - most notably savings, payments and credit instruments - that matter. The shotgun approach of the finance ministry officials will involve PSU banks expanding their account base with their staff and agents fanning out to villages and enrolling households into their banking networks.

It certainly can be one of the largest mobilisations of people in independent India - as big as the Aadhaar or NPR. But, how will this benefit the poor and financially include them?

Let’s first look at what the term financial inclusion means.

According to the Committee on Financial Inclusion chaired by Dr C Rangarajan, it “may be defined as the process of ensuring access to financial services and timely and adequate credit where needed by vulnerable groups such as weaker sections and low income groups at an affordable cost.”

It’s clear - the term means access to services and credit.

Going by a detailed speech by P Vijaya Bhaskar, Executive Director, Reserve Bank of India, at the MFIN and Access-Assist Summit in New Delhi in December 2013, it “broadens the resource base of the financial system by developing a culture of savings among large segment of rural population and plays its own role in the process of economic development. Further, by bringing low income groups within the perimeter of formal banking sector; financial inclusion protects their financial wealth and other resources in exigent circumstances. Financial inclusion also mitigates the exploitation of vulnerable sections by the usurious money lenders by facilitating easy access to formal credit.”

And according to RBI governor Raghuram Rajan (as the chairmen of the Committee on Financial Sector Reform) “broadly defined, it refers to universal access to a wide range of financial services at a reasonable cost." These include not only banking products but also other financial services such as insurance and equity products. Raghuram Rajan Committee had categorised this access into contingency planning, credit and wealth creation.

Of the three, credit, which includes a wide range of loans, is critical.

Will the bank account for every Indian household have these elements? Particularly credit, as the three experts have underlined?

Here are some facts that makes one doubt whether the government will go the whole mile. They clearly show that banking coverage doesn’t necessarily mean financial inclusion:

Rural areas in India account for the coverage of 30 per cent of scheduled commercial banks, but they account for only 10 per cent of all credit. Rural people with more than five acres of land hold nearly 44 per cent of rural credit, which indicates that small farmers are out of the ambit of bank credit. What about the the needs of migrants and people who are displaced?

In this context, it’s surprising why the government is still not serious about the proposed banking operations of the Indian postal department. As Vijaya Bhaskar noted in his speech, post offices (POs) are closer to the rural people compared to bank branches, and as on March 31, 2011, there are 1,54,866 post offices in India, of which 1,39,040 (89.8%) were in rural areas. He had said that “all-round efforts should be made to ensure that post offices play a greater and more active role due to known advantages.”

Apparently the RBI is okay with issuing a license to the postal department to begin banking operations - initially as a payments bank -, but the finance ministry is not so keen. Post office savings banks have been in service for several years now and are in direct touch with both the rural and urban poor, the only thing they require is to deal with additional instruments for financial inclusion such as credit and insurance.

Such a pity that a critical necessity of 40 per cent of the people is taken over by form (or slogans) than content.