Baharagora Assembly Elections 2019 | Having won the seat twice in a row, the Hemant Soren-led JMM would be hoping to win the Baharagora Assembly constituency for the third time when the constituency votes on 6 December. However, contesting on the party's Bow and Arrow symbol will be Samir Kumar Mohanty, JVM's candidate from the Assembly seat in the 2014 polls.

Kunal Sarangi, the sitting Baharagora MLA from the JMM who was also the party central spokesperson, joined the BJP last month. While Mohanty, who had joined the BJP after his loss in 2014, has returned to the JMM after nearly 15 years.

The change in electoral faces has made the fight in Baharagora, situated at the southern end of Jharkhand and bordering Odisha and Bengal, very interesting. Baharagora will vote on 6 December in Phase II of the Jharkhand Assembly election.

Sarangi had won the seat in 2014 as a JMM candidate receiving 57,973 votes against BJP's Dineshananda Goswami who had received 42,618 votes. Then a JVM leader, Mohanty was the second runner-up receiving 42,130 votes. Sarangi is now contesting on the Lotus symbol while Mohanty is contesting on Bow and Arrow symbol.

JMM had won he seat in 2009 as well with party candidate Vidyut Varan Mahato receiving 59,228 votes against Dinesh Kumar Sanargi of BJP. Dinesh had won the seat for the BJP in 2005 by defeating Vidyut. 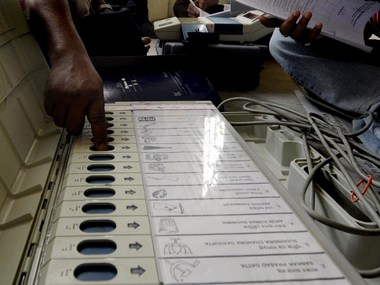 Of the 81 Assembly constituencies in the state, nine are reserved for Scheduled Castes, 28 for Scheduled Tribes and 44 are of the general category. According to the Election Commission, the state's population stands at 3.2 crore, of which 86 lakh are ST and 39 lakh are ST. The state has a total number of 2,08,52,808 electors, including Service Voters. As per the electoral rolls in January 2019, there are 1.18 crore male voters, 1.08 crore female voters and 40,336 service voters.

The number of polling stations in 2014 were 24,803. After Maharashtra and Haryana, Jharkhand is the third state to go to polls since Prime Minister Narendra Modi won the Lok Sabha election with a thumping majority in May. The 82-member Jharkhand Assembly is being held in five phases between 30 November and 20 December with the counting of votes scheduled to take place on 23 December.