New Delhi: Union Minister Dr Harsh Vardhan slammed Arvind Kejriwal-led AAP government in Delhi and said that there were no chances of it getting back to power in the upcoming Assembly elections. 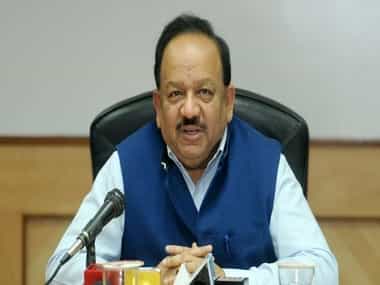 "Kejriwal government is a failed one. This government got 67 out of 70 seats in the last Assembly elections in 2015 and just 6 months back it lost on 65 of the 70 Assembly segments in the Lok Sabha elections. It's candidates even lost their deposits on many seats and their vote share dipped sharply. All this indicates that the people have realised the truth about it," Harsh Vardhan told ANI on Monday.

"Most of their MLAs and policies were deeply drowned in corruption and scandals, people are desperately wanting to get rid of this government in the state," he added.

He further said that the BJP had a strong chance of winning in the upcoming 2020 Assembly elections due to the work done by the Prime Minister Narendra Modi-led Centre.

"BJP's greatest strength is that despite having to work with Delhi government which was not cooperating, we did a commendable job through the Narendra Modi-led Centre. The BJP's contributions to Delhi are astronomical," Harsh Vardhan said.

The Assembly elections in Delhi will be held in a single phase on 8 February while the results will be announced on 11 February, the Election Commission of India said on Monday.