Amaravathi: The YSR Congress government in Andhra Pradesh on Friday abruptly removed State Election Commissioner N Ramesh Kumar from the post by promulgating an Ordinance, amending the AP Panchayat Raj Act, 1994, curtailing the tenure of the SEC to three years from five. 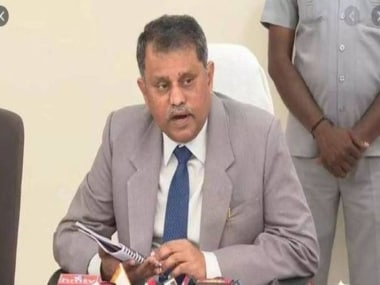 In all, the government issued three confidential orders to this effect, providing that a retired judge of a High Court would henceforth be eligible for appointment as the State Election Commissioner.

Consequent to the promulgation of the Ordinance, Dwivedi issued an order stating that the State Election Commissioner shall be appointed by the Governor, on the recommendation of the state government.

The State Election Commissioner will be a full-time officer and will have the status of a Judge of the High Court.

The developments on Friday came in the backdrop of a reported tiff the Chief Minister had with the SEC after the latter postponed the elections to rural and urban local bodies on 7 March in view of the COVID-19 pandemic. Jagan complained against him to the Governor.

The state government subsequently filed a petition in the Supreme Court challenging the SECs decision but the Apex Court only endorsed the deferment of polls.

The previous TDP government appointed Ramesh Kumar, a 1983-batch IAS officer who retired as Special Chief Secretary to the Governor, as the SEC for a five-year term on January 30, 2016.

The opposition parties launched a blistering attack on the YSRC government over the issue and wondered what was the express need for such a backdoor legislation when the state was fighting a major health pandemic like Coronavirus.

Any amendments to the APPR Act would become applicable only after the current tenure of the incumbent SEC ends, they contended.

The opposition parties requested the Governor to uphold the rule of law and democratic values.

The ruling YSR Congress, however, called it a policy decision initiating electoral reforms in the state.