Amid Sanatan Sanstha controversy, Goa's ultra-right finds a political home in the MGP

Panaji: The ultra-right in Goa has a political home now. As a political debate rages over Sanatan Sanstha here, the Maharashtrawadi Gomantak Party appears to be wooing aggressively the conservative Hindu vote bank which, it feels, is upset with the ‘Catholic-friendly’ BJP government in the state.

The 52-year-old political outfit, once a regional, grassroots powerhouse and now powered by the Dhavalikar brothers — Sudin and Deepak — both cabinet ministers and avowed fans of the controversial Sanatan Sanstha, is at the centre of interesting equations emerging in the state.

Last week, the Dhavalikar brothers were in the crosshairs of the media after their publicly-expressed support for the Sanstha, headquartered in Ramnathi, 35 km from Panaji, whose members have been accused by the police in Karnataka and Maharashtra, of killing leftist leader Govind Pansare and scholar Dr MM Kalburgi in Dharwad. 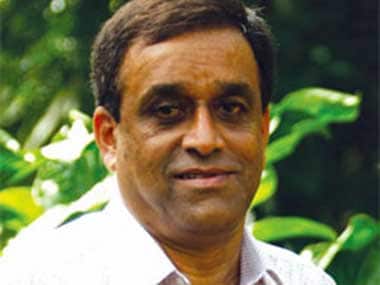 “Just because one of the seekers is arrested in a murder case, why is there a demand to ban the entire organisation? Sanatan Sanstha works for spirituality and propagation of Hindu religion,” Co-operatives minister Deepak Dhavalikar said on Wednesday (23 September), adding that his wife found “peace” by attending satsangs organised by the Sanstha.

The next day, his elder brother Public Works Department minister Sudin Dhavalikar, whose wife is also formally associated with the right-wing organisation, said: “Sanatan's name has always been dragged into a controversy because they are pro-Hindu and if they would have belonged to any other religion then their name would have not come (in public)”.

According to political commentators like Samir Kelekar, an Indian Institute of Technology — Mumbai alumnus, also a budding politician, there is an ultra-right wing fringe which the MGP is keen on grabbing ahead of the 2017 state Assembly elections.

“There is a small section of Goan youths who are getting radicalised,” Kelekar told Firstpost.

There appears to be a method to the MGP’s madness and unceasing obsession with the bikini and the ‘Western Culture’ bashing in Goa, which sees half a million sun-loving European tourists annually.

Goa has been a Portuguese colony for over 450 years and the four lakh-odd Christian population is often perceived as ‘Western’ by conservative Hindu politicians.

The MGP already has a share of the conservative Hindu vote-base with its pockets of strength in the state's Hindu-dominated hinterland, located far away from the more liberal and more cosmopolitan coastline. And it now wants to collect the spoils of the ultra conservative Hindu vote bank, abandoned for now by the BJP.

The BJP, which until some years back supported renaming of Goans streets and neighbourhoods named after Portuguese icons to ‘Indianised’ ones and trying to delete Good Friday from the list of state holidays, is now looking to actively woo the Catholic votebank — the saffron party currently has an unprecedented six Catholic legislators.

Be it from Sri Rama Sene’s chief Pramod Muthalik’s repeated attempts to enter into the state, where he has been banned for six months, or talk of 'pub culture' in a tourism-oriented state, an atmosphere of cultural combat is descending on the state otherwise associated with socio-religious amity.

The Dhavalikar brothers demand to ban bikinis, miniskirts and pub culture, their public support to making India a Hindu nation, are an obvious attempt to corner the ultra-Hindu Goan vote bank.

The Congress, which is struggling to re-carve political relevance in Goa, has already demanded a ban on the Sanstha, which it believes is sowing the seeds of religious terror in Goa.

“We demand declaring Sanatan Sanstha as a terrorist organisation and shutting down their terrorist camp at Ramnathi Ponda immediately and freezing all their arrests including bank accounts and probing their source of funding,” according to Congress spokesperson.

In a bid to take on the MGP, which has three legislators and is a coalition partner, the BJP has demanded a probe into the affairs of all members of the public, who are linked to the Sanstha, soon after the comments made by Dhavalikar.

“People having an association with the Sanatan Sanstha need to be probed because any of the organisations members are accused of participation in serious crimes including carrying out IED blasts and murders,” BJP spokesperson Vishnu Wagh said.

While the angst against the organisation grows, the Sanatan Sanstha itself has remained unfazed and said that it is the victim of a witch hunt.

“Chief minister Laxmikant Parsekar rightly said that it is not right to ban an organisation because of mistakes committed by one of its members,” Virendra Marathe managing trustee of Sanstha said even as it defended its implication in the case.