All you need to know about Nirmala Sitharaman

National spokesperson for the BJP Nirmala Sitharaman just took and oath as a member of Narendra Modi's cabinet and is likely to become MoS Commerce.

Sitharaman began her journey into the world of politics quite late and was considered a novice by some. Her appointment into the National Commission for Women carved her path into the BJP hierarchy. She was the member from 2003 to 2005 when a few years later, the party adopted 33% reservation for women and that initiated her official political journey. She was invited to join the National Executive Council and later was made the national spokesperson in the year 2010. 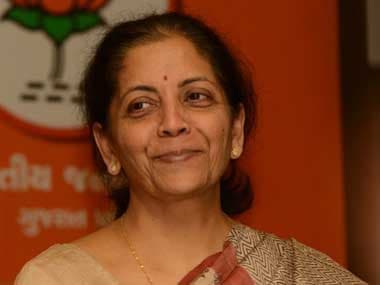 Sitharaman graduated from Seethalakshmi Ramaswami College, Tiruchirapalli in TamilNadu in 1980 and then movie to JNU to do her M Phil in International Studies. She met her future husband, Dr Parakala Prabhakar, a fellow JNU-ite during her college years.

They then moved UK as her husband wanted to pursue his Ph D at the London School of Economics. Her first job was as a sales girl where she worked for small salary and later became an analyst at PriceWaterhouseCoopers.

They relocated to India when their daughter was born.