Kolkata: On a day when the Samajwadi Party (SP) indicated it would prefer Left parties over the Trinamool Congress for the Third Front, party leader Akhilesh Yadav Wednesday met West Bengal Chief Minister Mamata Banerjee and said her government was working as per people's expectations.

"I thank Didi (Banerjee) for her time. It doesn't look good to come to Bengal and not meet her. She has come to power after lots of struggle and her government is working according to the expectations of the people," said Akhilesh, the chief minister of Uttar Pradesh. 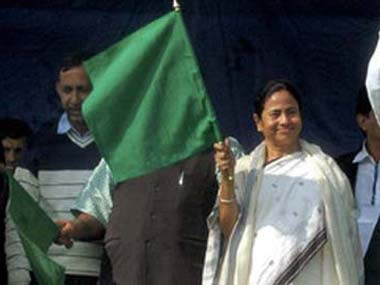 "I thank Akhilesh for taking out time to meet me. We discussed several issues specially the new schemes that the respective new governments in the states have initiated. Both the governments are doing a good job," Banerjee said after the meeting at the state secretariat, the Writers' Building, here.

Earlier in the day, SP general secretary Mohan Singh talked about the formation of a Third Front as an alternative to the Congress and the Bharatiya Janata Party (BJP) and had indicated the Left as a preferred choice.

"Trinamool is a prominent regional party. When we speak to other parties, we will be under compulsion to also speak with Trinamool," Singh said.

"But the problem is that we have a traditional relation with the Left. During tough times, we have got support from (late CPI-M leaders) Harkishan Singh Surjeet and Jyoti Basu," Singh had said on the first day of its two-day national executive here.

"She is hard working, a fighter and stubborn. She has many good qualities which is why she is chief minister. I have great regard for her," Mulayam had said Tuesday.