Hyderabad: AIMIM leader Akbaruddin Owaisi has claimed that his life is under threat and alleged that 11 people from different parts of the country had arrived in
Hyderabad to "kill" him.

He claimed that he came to know from reports that 11 people from Varanasi, Allahabad and Karnataka have arrived in the city to kill him. "I am ready to die. I am ready to take a bullet on my chest and not on my back," said Akbaruddin, who is contesting the Chandrayangutta Assembly constituency for the 7 December Telangana polls. 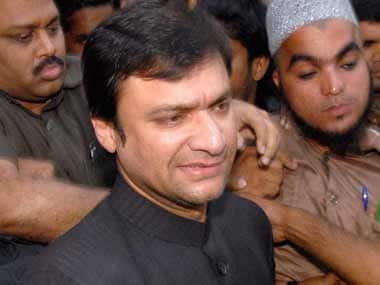 He recalled the 30 April, 2011 incident when he was attacked by a group of people in Hyderabad with sharp weapons and firearms near the MIM office at Barkas and said he had survived, despite being shot thrice.

"I was not killed despite being hit by three bullets.Will your bullets kill me?" the younger brother of AIMIM chief and Hyderabad MP Asaduddin Owaisi, said.

Referring to the May 2014 plot to "kill him", Akbaruddin alleged that some "assailants" had arrived here from Bengaluru then to carry out the task.

In May 2014, the Karnataka Police had reportedly busted a plot to kill Akbaruddin, after which four suspects were arrested.

Reacting to Akbaruddin's claims, a senior police official said they had not received any complaint in this connection. However, adequate security has been provided to candidates and those campaigning in view of the 7 December Assembly elections, as required.

"Fool-proof security has been provided to all those contesting or are into campaigning. We are very well on the job," the official said.