New Delhi: The decision of the AAP government in Delhi filing an FIR against Petroleum Minister M Veerappa Moily on the gas pricing issue is against the principles of federalism, a senior law officer has said but cautioned against any action by the Lt Governor on it.

In his opinion given to the government, Solicitor General Mohan Parasaran has said the "course of action" adopted by the Arvind Kejriwal government is against the federal structure of the country. His opinion was sought by the Centre which is working on a way to end the controversy.

But he has cautioned that the Delhi Lieutenant Governor should not take steps to get the FIR against Moily, former Petroleum Minister Murli Deora and Reliance Industries Chairman Mukesh Ambani, declared as 'non est' (non existent). 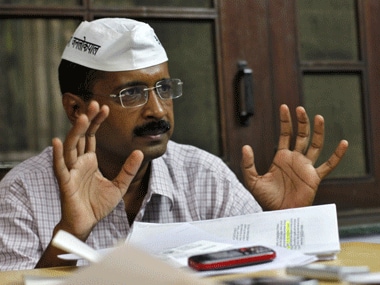 Instead, either the Centre should file an original suit in the Supreme Court or the affected parties should approach the High Court for remedy. Parasaran said a state government does not have policing powers over the Centre, its functionaries or the Union Cabinet.

He said the decision of the then Delhi government to order registration of the FIR on a policy decision of the Centre will not be a "healthy precedent" and poses threat to the federal structure.

Parasaran said these issues relating to Centre-state relations have been settled in the Supreme Court in a number of cases.

In February this year, the Delhi government had ordered filing of criminal cases against Moily, Deora, Ambani and others following complaints of irregularities in pricing of natural gas in Krishna Godavari basin.

The then Chief Minister Arvind Kejriwal had said the Anti-Corruption Branch of the state government will probe the matter based on a complaint filed by former Cabinet Secretary T S R Subrmanian, former Navy chief Admiral A H Tahiliani and eminent lawyer Kamini Jaiswal besides a former Expenditure Secretary.