Mumbai: At least 2,000 police personnel will guard the Shivaji Park on Thursday evening as part of the elaborate security arrangements being made for the swearing-in ceremony of Shiv Sena president Uddhav Thackeray as chief minister of Maharashtra, a police official said. 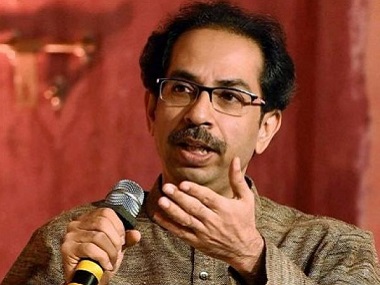 Dog squads will also be on duty to maintain a vigil at the sprawling ground, located in Dadar area, he said. Police personnel in civil clothes will also be deployed, the official said, adding that drones and CCTV cameras will be used to monitor the crowd.

"People will not be allowed to carry any bags, including those meant to keep laptops, and water bottles inside the park," he said. Frisking of every individual will be done before being allowed to enter the venue, he added.

Shiv Sainiks are emotionally connected to the Shivaji Park as it is the place where party founder late Bal Thackeray used to address his Dussehra rallies, a tradition still kept alive by his son Uddhav Thackeray.

Senior police officers, including joint commissioner of police (law and order) Vinoy Choube, reviewed the security preparations at the venue on Wednesday, the official said. They also discussed issues like parking of vehicles for the invitees and VIPs and traffic management.

The Sena has also invited nearly 400 farmers, including members of families of agriculturists who committed suicide, a party leader earlier said. Shiv Sena president Thackeray will take oath as chief minister as leader of the 'Maha Vikas Aghadi' formed by his party along with the Congress and the NCP.

The Bombay High Court on Wednesday raised security concerns over the swearing-in ceremony at Shivaji Park and said holding such functions at a public ground should not become a regular feature. The high court in 2010 declared the area as a 'silence zone' after an NGP filed a PIL.