Wary of security issues, Japan's government moves to shut China out of its drone supply chain

By Kaori Kaneko and Izumi Nakagawa TOKYO (Reuters) - Japan may effectively shut off China from supplying drones to its government to protect sensitive information, according to six people in government and the ruling party familiar with the matter, as part of a broad effort to bolster national security. The primary concerns, those people said, centred on information technology, supply chains, cyber security and intellectual property - worries that have been rising outside Japan as well 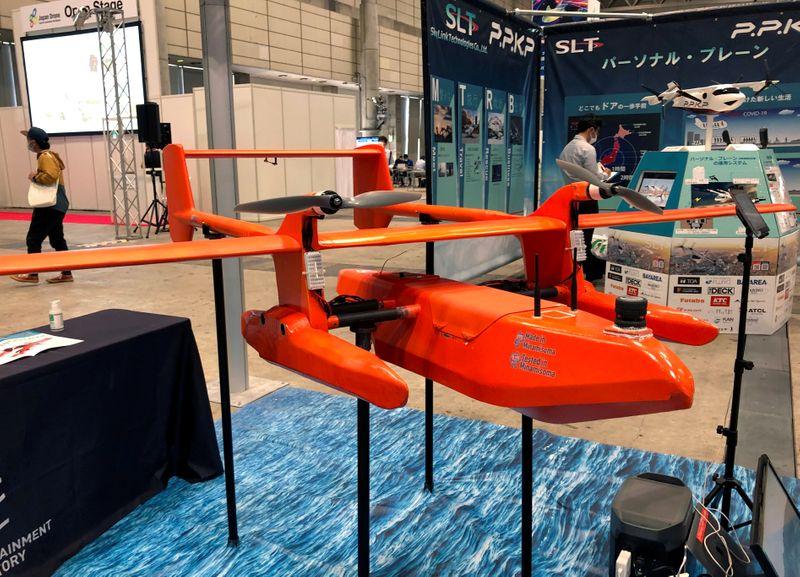 By Kaori Kaneko and Izumi Nakagawa

TOKYO (Reuters) - Japan may effectively shut off China from supplying drones to its government to protect sensitive information, according to six people in government and the ruling party familiar with the matter, as part of a broad effort to bolster national security.

The primary concerns, those people said, centred on information technology, supply chains, cyber security and intellectual property - worries that have been rising outside Japan as well.

But Japan must balance such fears - particularly Beijing's growing push to export sensitive technologies such as commercial drones and security cameras - against deep economic dependence on China.

It must also navigate increasingly choppy waters between China and Japan's closest ally, the United States, which is at odds with Beijing over many things, including technology.

"China is a big market and it is important for Japan," one of the senior government officials said. "On the other hand, there are worries that advanced technologies and information could leak to China and could be diverted for military use."

The defence ministry has several hundred drones, including some made by Chinese companies; the coast guard has about 30, and most are Chinese. Both said they were not using Chinese drones for security-related issues. Other government entities also use such drones.

It's unclear whether all would need to be replaced, but the new drones, used for sensitive work such as criminal investigation, infrastructure work and emergency rescues, would have to be secured against data leaks and go through stricter vetting procedures, the revamped policy says.

The tightened rules, set to come into effect in April 2021, don't mention any country by name. But the senior government and ruling party sources told Reuters they were created with China in mind.

The initiative includes fresh investment rules for foreigners enacted last year; ruling party lawmakers are also preparing a proposal on an all-encompassing law to promote economic security that will be unveiled this year.

Separately, Japan's National Security Council set up a unit in April to examine how economic matters, such as advanced technologies, could affect national security.

Domestic drone makers expect to benefit from the changes, as they mean government ministries will most likely do their drone shopping at home.

A Japanese drone manufacturer, Tokyo Aircraft Instrument Co., Ltd., developed a camera drone that can fly in high winds - making it ideal for surveying damage after a disaster - and the company is talking potential applications with the government.

"The drone platform, flight-control system and radio communication equipment are all domestic-made, and it is our unique model based on our years of experience in avionics components," said Kazuya Sumida of the company's drone division. "We plan to further enhance the security of the drone's information and communications functions."

But the aim isn't to boost local drone makers, the measure's backers say - it's to keep Japan secure.

"Japan will keep diplomatic ties with China but we will be more carefully respond to sensitive technologies and information," said another senior government official.

Analysts say the U.S. can't fully cut off China either because it would hurt the U.S. economy.

"I think allied nations will discuss critical technologies, especially information and technologies which could give military advantage to China," said Tsuneo Watanabe, senior fellow at the Sasakawa Peace Foundation.

Japan has already set aside around 300 billion yen to diversify its supply chains and reduce reliance on China by bringing production home or locating more in Southeast Asia.