Mumbai: Two persons were arrested in connection with an incident where 47 doctors of Sion hospital here falling sick after consuming sweets bought from a local shop for Independence Day celebration, police said today.

However, the two were later let-off on bail.

"We had arrested both the accused yesterday who were then produced in a local court. They are currently out on bail," he said. 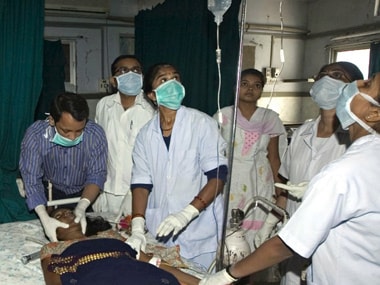 Forty-seven doctors at the government-run Sion hospital had on Friday fallen sick after consuming the tricoloured sweet (barfi-a sweet made out of mawa) during the Independence Day celebrations.

Sion hospital Dean Dr Avinash Supe had said that after the flag-hoisting and other ceremonies, the doctors thought of getting some sweets to end the celebrations. But immediately after eating the sweets, many of them started feeling uneasy while some vomited, following which they had to be immediately admitted.

"Currently all except one have been discharged from the hospital. But even the admitted doctor is stable now and will be discharged by Monday or Tuesday," Dr Supe said today.