New Delhi: Home Minister Sushilkumar Shinde on Friday asked the Maharashtra government to take "swift action" and nab those involved in the murder of a woman software engineer in Mumbai after her father met him seeking justice. 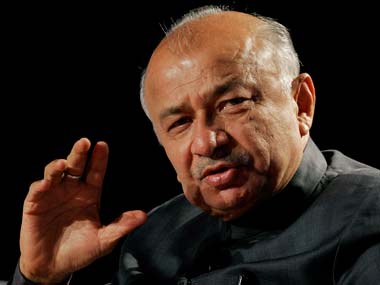 In a letter to Maharashtra Home Minister RR Patil, Shinde said father of 23-year-old Esther Anuhya, whose burnt body was found on the outskirts of Mumbai, met him and requested for a thorough enquiry into the matter and stringent action against the guilty.

"I shall be grateful if swift action is taken in the matter and persons involved in this heinous crime are brought to book at the earliest," Shinde said in his letter to Patil.

After meeting the Home Minister, Anuhya's father Jonathan Surendra Prasad said no parent should have to face the trauma he faced while searching for his daughter.

"I have apprised the Home Minister about the unfortunate incident. Police did not help us at all. We ourselves looked for my daughter after she went missing. And finally, after ten days, her body was recovered. No parent should face the kind of trauma that I have faced," he told reporters in New Delhi.

The software engineer, who was working for a reputed IT firm in Mumbai, went missing after her arrival at Lokmanya Tilak terminus in the city from her native home of Machilipatnam in Andhra Pradesh on 5 January.

Her mutilated, burnt and decomposed body was found off the Mumbai-Thane highway on 16 January.

"The Home Minister gave us a patient hearing. He told us that he will help us. He will talk to the Maharashtra government," Prasad said.

Anuhya had boarded the Vishakapatnam-LTT Express train from Vijayawada on 4 January for Mumbai. She was returning to Mumbai after her Christmas holidays but she did not reach her hostel in suburban Andheri.