Mumbai: One person has been arrested and four people have been identified for their involvement in the brutal gangrape of a woman photojournalist at an abandoned mill in Mumbai, a police official said on Friday.

Police Commissioner Satyapal Singh said the breakthrough was possible following a statement given by the victim's male colleague who was present at the time of the incident Thursday. 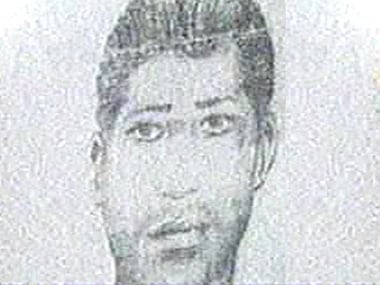 A sketch of one of the accused provided by the Mumbai police.

"While one person has been nabbed, four others involved in the incident have been identified and further investigations are underway," Singh told the media here.

The 23-year-old photojournalist with an English magazine was allegedly gang-raped while on a photography assignment in the abandoned Shakti Mills Compound in Mahalaxmi around 6.30 pm on Thursday.

Police came to know about it after the victim was taken to a hospital.

Though police have identified all the accused, Singh declined to reveal their names.