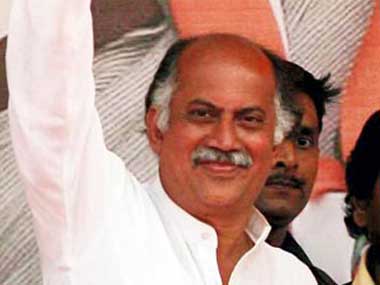 Kamat has written a letter to Chavan and Maharashtra Electricity Regulatory Commission (MERC) asking them to leave it to the consumers to decide their power providers.

The MP from Mumbai North-West constituency, has demanded that consumers be provided "Open Access", whereby they have the choice of selecting electricity provider.

To address the anxiety and concern of the citizens of Mumbai over regular hikes in electricity rates by private electricity providers, the Electricity Act of 2003 permits the "open access" thereby giving a choice to the consumer to select any provider offering better services or rates, he said.

"This choice should be made available to all Mumbai citizens," Kamat said.

He said Tata Electric Company's rates are nearly Rs 2 per unit less than the other company in the market, for consumption up to 300 units.

Consumers whose electricity consumption is upto 300 units may be allowed to switch to Tata Electric Company.

The Tata company may be directed to provide the services to the people of Mumbai wanting a change, Kamat said.

Around 20 lakh households could benefit by this shift, he said. Benefits of other subsidies and withdrawal of taxes may also be considered by the state government, or MERC, he added.

Nirupam was on a hunger strike last month in front of the Reliance Energy Divisional Office in suburban Kandivli to demand a reduction in the power tariff in Mumbai, which he called off after an assurance from Chavan.

Earlier last month, he and Priya Dutt addressed a morcha at the venue over the demand.