Maharashtra govt inks MoU with L&T for 6,000 CCTVs in Mumbai

Mumbai: Maharashtra government today signed an MoU worth Rs 949 crore with engineering and construction major Larsen & Toubro (L&T) for setting up CCTV based surveillance in the city.

As per the MoU signed by the company and Chief Minister Devendra Fadnavis here, 6,000 CCTVs will be installed across the metropolis and suburbs by September 2016.

The project was first proposed during the NCP-Congress regime post 26/11 terror attacks on Mumbai and has been delayed since then. 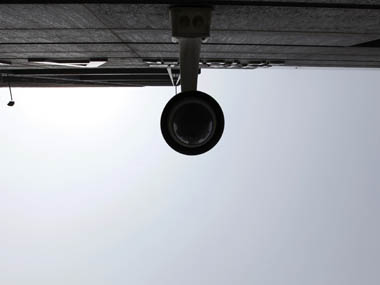 It could not move ahead despite calling for bids four times as tenders did not receive response from companies.

The BJP-led government after coming to power last year formed a high power committee to push the project and contract for the same was signed today on the occasion of completion of 100 days of the state government.

"CCTVs will guarantee safer city to its citizens. It will not only support Mumbai police to maintain law and order but will also help in improving traffic management. It will also aid in deterring, detecting and dealing with criminal activities," Fadnavis said, adding, work will be carried out in three phases.

The chief minister said vision of the project is to implement holistic and integrated video surveillance system to enhance safety and security.

As per the presentation made on the occasion, city's coastal line will have 20 thermal cameras to record any possible movement in the sea.

Two command centres for the project will be set at Mumbai commissioner's office and in Kalina in suburban Mumbai.

Traffic police headquarters will also have a centre for traffic management. Viewing of feeds will be made possible at all police stations as well as at DCP and Regional Additional CP offices.

There will be a state-of-the-art application to manage and store video feeds.