Mumbai: The Bombay High Court on Wednesday allowed the plea of Maharashtra government to hand over the probe to CID into the FIRs registered against the Editor of Urdu daily Shirin Dalvi who is at the centre of a row over publishing the cover of French magazine Charlie Hebdo that featured a cartoon of Prophet Muhammad. 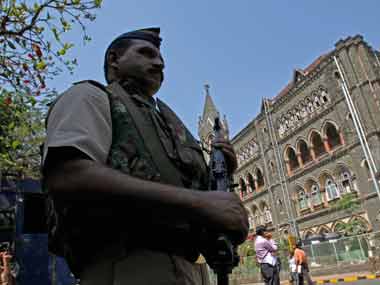 A bench of Justices Ranjit More and Anuja Prabhudesai allowed an application filed by the government seeking to transfer the investigations from five different police stations to CID.

The Judges also directed the clubbing of all the five FIRs lodged against the Editor and asked CID to complete the probe.

The bench further ruled that the interim order, passed by it earlier, restraining the police from arresting Dalvi, Editor of Urdu newspaper 'Awadhnama,' would continue till further investigations concluded.

46-year-old Dalvi, a resident of Mumbra in nearby Thane district, has sought quashing of the cases against her and also clubbing together of all cases filed against her following the publication of the cartoon, while she prayed for a direction to prevent the government and police from taking coercive action against her, including arrest.

The newspaper had reproduced the cartoon published by French Satirical magazine 'Charlie Hebdo', the target of an attack by Islamist militants last month.

Altogether, five cases have been filed against Dalvi under section 295 A of IPC which deals with outraging religious feelings of people with deliberate and malicious intent. The cases include two in Mumbai, two in Thane and one in Malegaon, according to public prosecutor S S Shinde.

The Editor pleaded that she was the only woman Editor of an Urdu daily newspaper in India and that due to the events following publication of the Prophet's cartoon she is facing threats of physical attacks. Several FIRs have been filed against her and she also had to abondon her home.

Dalvi further said that her children had to discontinue their education and were compelled to go incognito along with their mother out of fear of physical harm.

Dalvi said in her petition that the January 17 article was published on the front page of her newspaper reporting the statements of the Pope on how those who disgrace a religion must be prepared to face dire consequences.

The petition said the article had also reported how the Pope advised cartoonists of 'Charlie Hebdo' to protect themselves after the attacks and mentioned the increased readership of the French magazine after the attack on its office in Paris.

The petition said the French magazine had carried many cartoons on religion on its cover pages which it published on a weekly basis much before the attack and warning by the Pope. One of these cover pages was used alongside the article. However, on seeing the image, several readers felt offended.

"In fact, the cover page was used by the newspaper to make the readers aware of what the Pope was talking about and it was only in that context that the cover page published by Charlie Hebdo was used," Dalvi's petition contended.

The petitioner said she had tendered an apology for publishing the cartoon after receiving telephone calls from readers that it could hurt religious feelings. Since this was not her intention at all, she decided to tender an apology, the petition said.

Dalvi further said that FIRs were filed across the state against her, several of which she is not aware of. She said she is also afraid that some complaints may have been filed against her outside the state.

Dalvi pleaded that her acts do not constitute any offence and that none of the ingredients of Section 295 A IPC are made out in the acts alleged against her in the cases.

The Editor contended that the cartoon had only been reproduced alongside her article and she had no deliberate intention to hurt religious feelings of any class of people.

The petitioner said she was within her rights to publish an article with the cover page of the Charlie Hebdo Magazine to inform her readers of what the Pope had said.