Where are the women in Kolkata?

In the third part of our series on gender and public space, we explore Kolkata — historically known as the 'city of joy' — which is the county’s cultural and intellectual capital.

Owing to early British influence and a reactionary nationalist awakening, Kolkata happened to be at the forefront of the 19th century social reforms movement, which led to abolition of many evil practices against women. As a corollary, many believe Bengali women are among the most progressive and emancipated in India.

Historically, with a heavy influence of feminism, communism and Marxism, both women and men have been equally active in political and social activities in Kolkata. Student politics, street theaters, protests, marches, labour unions, strikes are an everyday matter in the city, with a strong participation from women. Thus, one might expect public spaces in Kolkata to have a balance between the two genders.

The Tollygunj film industry portrays young Bengali women as strong sexually empowered women often seen freely smoking, drinking etc. However, there is a large class factor in most of the cultural constructs about Kolkata. For instance, Tagore is a household name in Kolkata, but its only true for a certain class of people. Therefore, the author's main objective in this part of gender and space series is to observe the intersection of gender, class and public space in Kolkata’s most posh market area Park Street. The author has also considered an office area, intercity bus station in Esplanade, Maidan, and ghats of river Hooghly to observe how women, alone or in groups, access these spaces.

As per my observations, women’s presence in public spaces is indeed strong in Kolkata, but spotting an unaccompanied woman is still rare. Women from the economically-marginalized class are seen accessing public space more than upper-class. Here are some photographic observations. 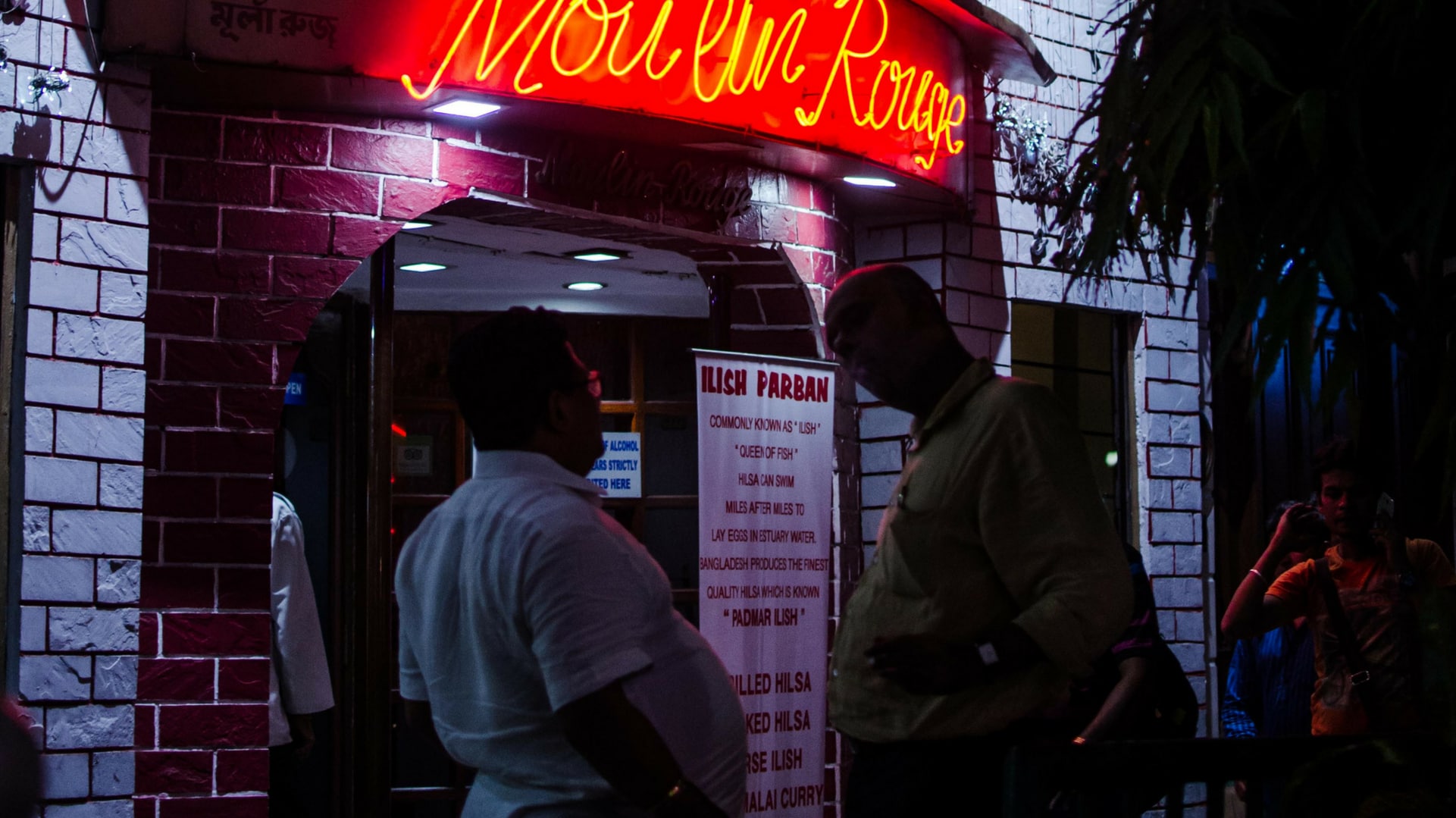 Park Street is a long thoroughfare, connecting Chowringhee to Park Circus. On the two sides of the street are some of Kolkata’s best pubs and restaurants. It is where Kolkata goes pub-hopping, where most of the urban crowd celebrates Christmas and new year with much extravagance.

A few steps off the street into the inner lanes, I found the cityscape change. The streets are pooly-lit, with very few people in sight. Paan, bidi and tea shops are located in dark corners, where sometimes men stop to have a smoke, but women don’t come here at all. The inner lanes in the area lead to a few historical buildings, public offices and several residential apartments. At 9 pm in the night, when I was taking the photographs, these lanes seemed dark and few women were seen walking down. But several groups of men were scattered, whiling away, relaxing; loitering, to be precise, something I still can’t see women doing. Park Street is the area from where Suzette Jordan was kidnapped and brutally gangraped. She was known in the media as the Park Street rape survivor until she refused to hide in shame, reclaimed her identity and became a major activist. Though not many other cases of sexual violence have emerged from this area after the incident, but during my time here, I felt that a woman walking alone in the night would not feel particularly safe. 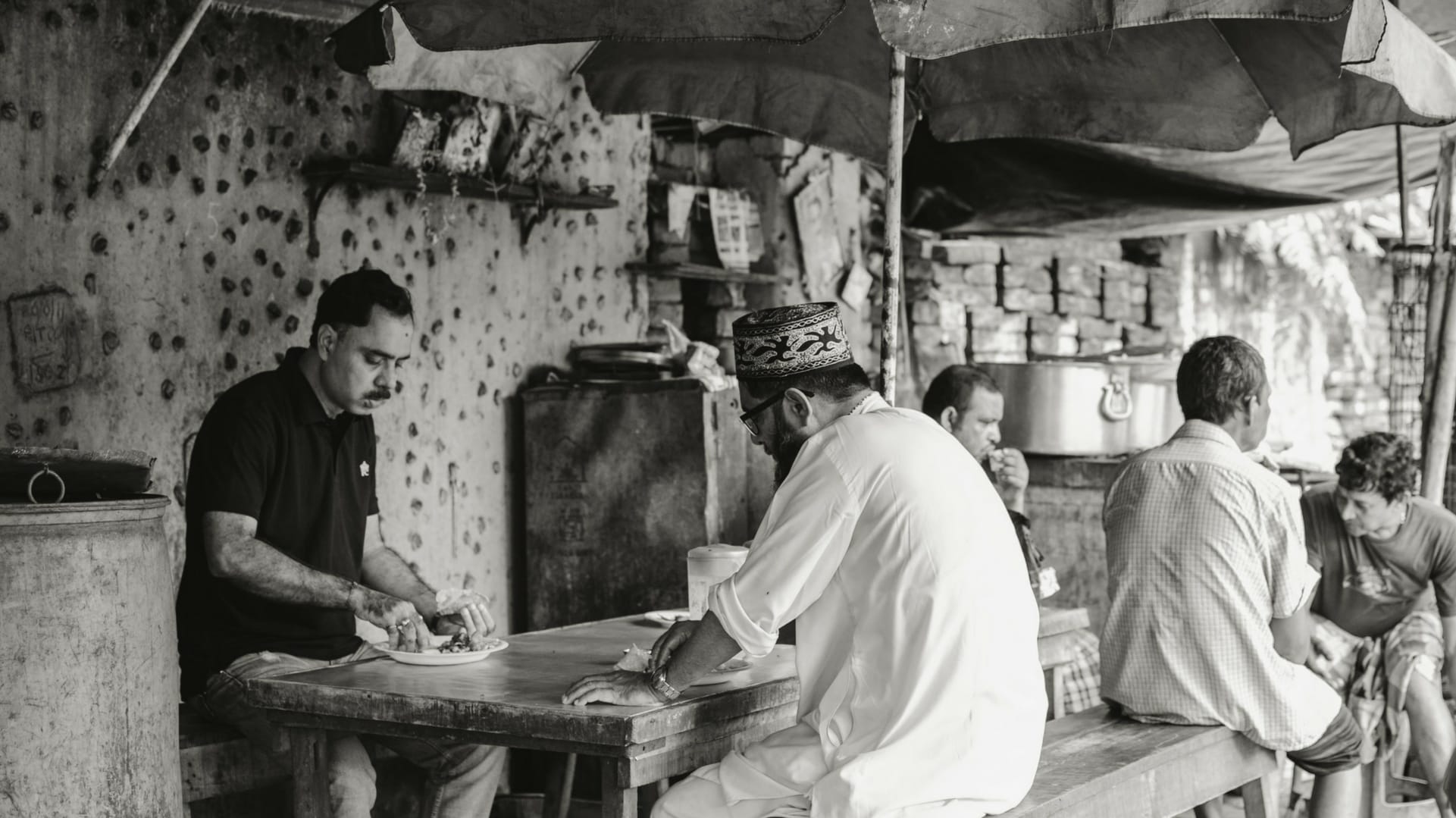 After Park Street, my next location was Esplanade office area, the intercity bus stop and its surroundings. There are many public and private offices around Maidan metro station like SAIL, TATA Center, Larsen and Toubro, and LIC Bhavan. As I walked from the metro station, I observed several street-side eateries, which, at lunch time, were crowded by working men, and few women. Similar scenes were observed in the inter-city bus stop. The inter-city bus stop is a male-dominated space, as most of the labourers working in the area, the porters, bus drivers, conductors, travel agents are all men. Women are seen in the capacity of travelers, who are often accompanied by family members. However, these two women having a casual chit chat at a tea shop made a strong stereotype-breaking image in the oepn space. Their body language said that they owned their surrounding, without any inhibitions. 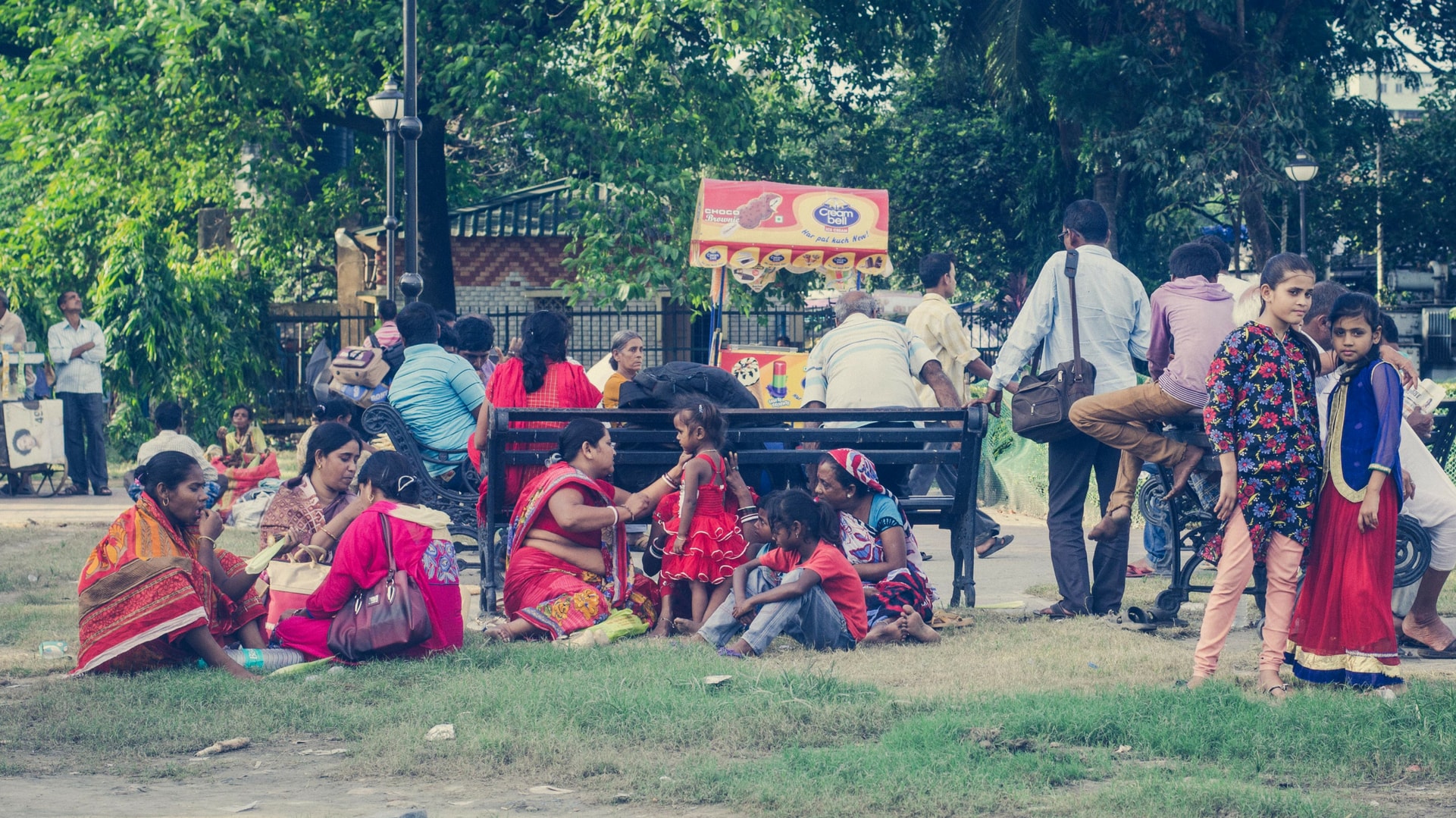 The Shahid Minar at Esplanade is a major tourist attraction and also a public space for people of Kolkata to unwind on the weekends. On a Saturday evening, when I visited the spot, I was not disappointed as I observed many groups of women, with children. At another side of the ground, women waited as their sons received cricket coaching. But they were all in the company of someone else. Kolkata’s Garer Math or Maidan, the largest urban park, is a cultural icon, often known as facsimile of life in Kolkata. On a weekend there are a plethora of activities taking place in Maidan, from cultural to sports, and general adda, which is best known to Bengalis.

It’s a huge walk from one end of Madain to the other and as I walked, I once again made the same observation; an equal presence of both men and women, boys and girls. But women and girls were there for a purpose, while men and boys were generally loitering. The Prinsep Ghat by river Hooghly is a beautifully decorated river bank which is a favorite among tourists, photographers, artists, and young couples. The area had an equal and vibrant participation of both women and men. 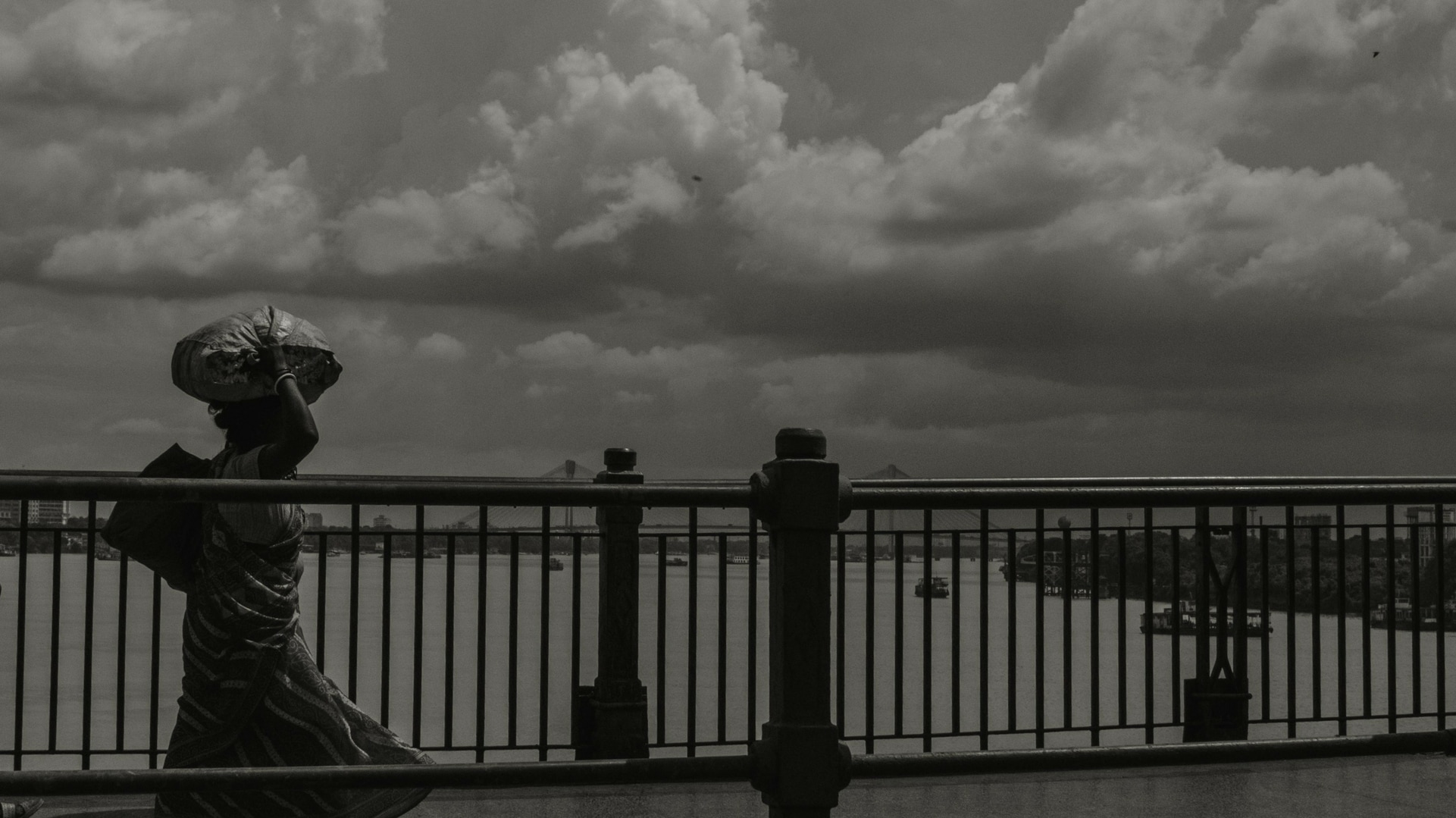 To conclude, Kolkata offers a much-balanced relationship between gender and public space. Working class women and men access the space for their day to day living, though less women are seen loitering, but they are not completely absent.