Where are the women in Delhi?

This is the first of the five-part photo series which attempts to document the urban woman’s experience of accessing public space through photographs in five major Indian cities.

A 2016 poll conducted by Thomson Reuters Foundation found New Delhi as the fourth most dangerous city for women. According to National Crime Records Bureau data of 2015, Delhi was India’s rape capital with 1,813 rapes in 2014, up from 1,441 in 2013.

With 11,297 people per square kilometre, the density of population in Delhi is the highest in India; there are 876 females per 1,000 males. Connaught Place is one of Delhi’s busiest areas. Spread across an area of 1.80 square kilometres, Connaught Place is world’s ninth most expensive office location. Lakhs of people visit the area on a daily basis for both business and leisure. The Rajiv Chawk metro station located at the centre of Connaught Place alone has an average daily footfall of over 5 lakh.

In an area like Connaught Place, one might expect both women and men accessing and utilising the public spaces equally. With the support of Delhi-based group ‘Delhi Photo Expeditions’, the following are the observations captured by the author after a session of photowalk.

***
In general, in any given space whether public or private, it can be observed that women have a constricted body language. Women are conditioned to not occupy too much space, while men spread out, stretch their arms and legs, lie down, whenever and wherever, with absolute comfort. In spite of being one of world’s most commercially-active area, Connaught Place is not the most bright and lively. There are several dark patches and narrow lanes which become dark and deserted after sunset. Some of these lanes are also pre-occupied by unscrupulous men, making these spaces unsafe and inaccessible for women. The service industry consisting of some of the city’s best and richest hotels and restaurants operate till late at nigh. But the female workers often have to negotiate for early day-time shifts or compromise on their pay-scale, since the work environments are not safe. There are many benches and slabs all around the inner and outer circle in Connaught Place for people to sit and unwind. However, these areas are largely occupied by only men. Women either come here in groups, or with a male partner, but almost never alone. 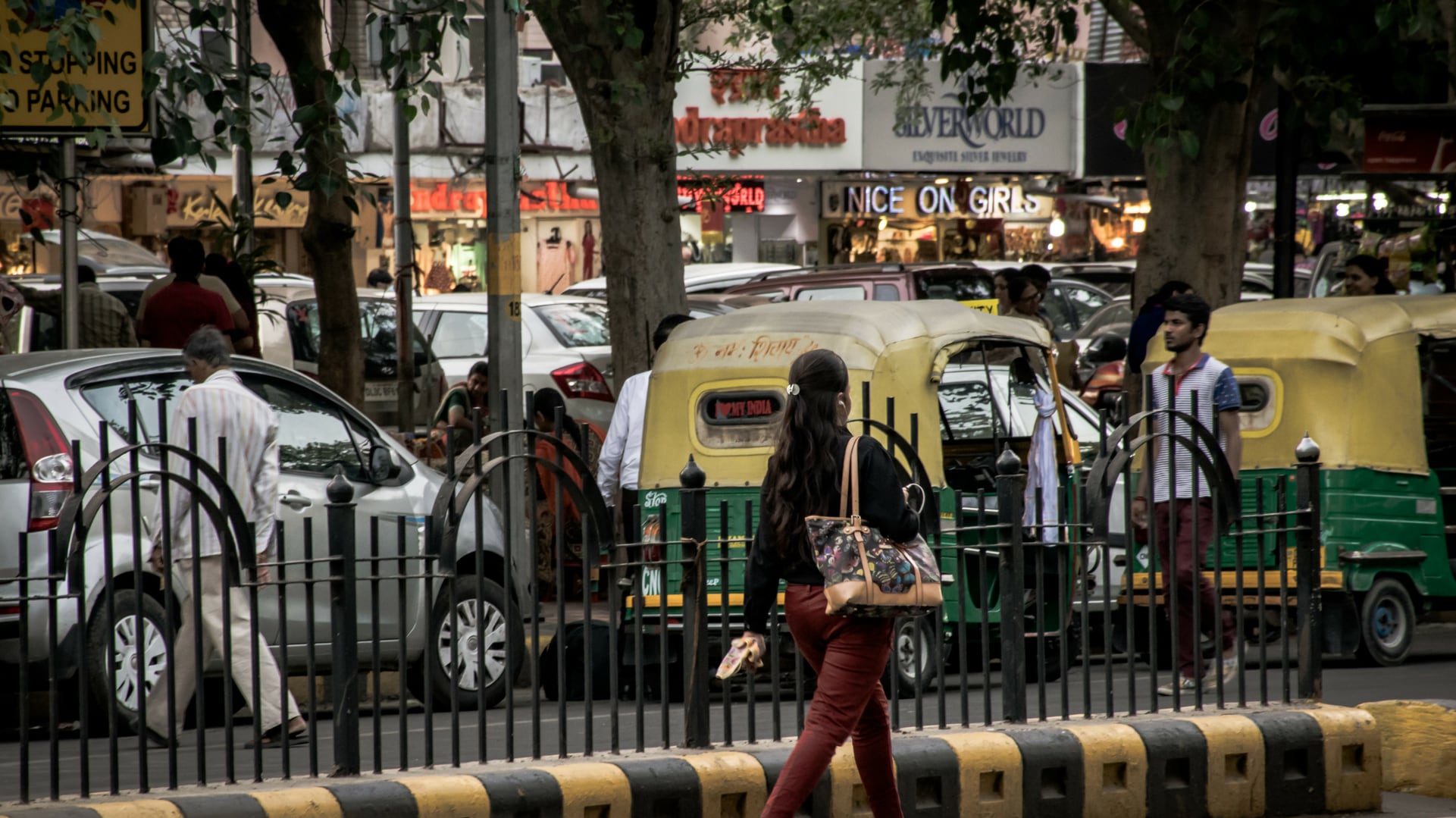 The pedestrian subway is always considered an unsafe zone by women for often being dark and deserted. In several media reports, women have shared that they would rather take cross the busy road by foot than take the subway.

Wine and liquor shops are considered highly unsafe locations for women. While the photographs are not enough to make a conclusive statement, it is almost nowhere in Delhi that a woman feels safe to visit an alcohol shop alone or even with in the company of male friends. 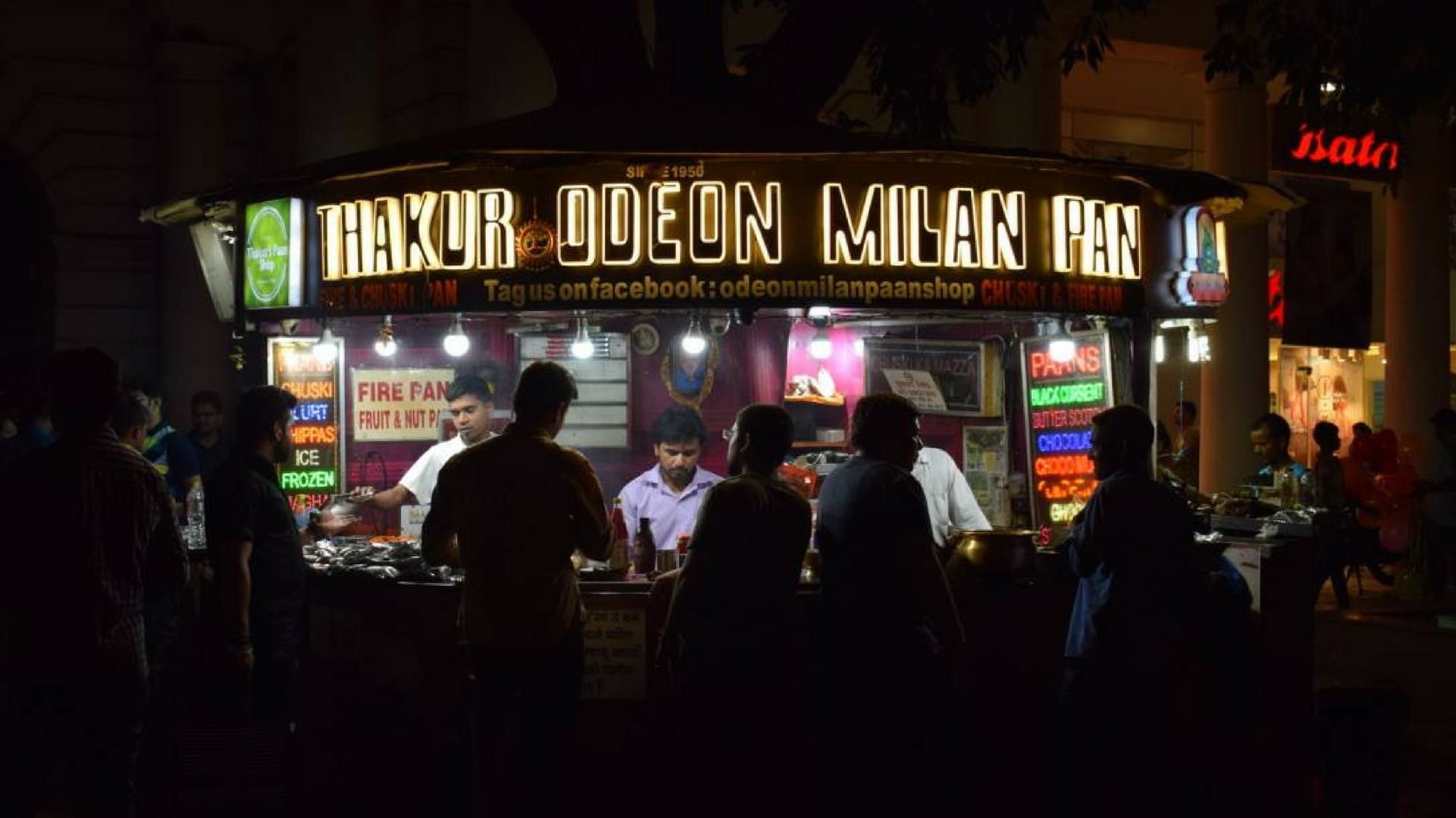 In case of both alcohol and paan shops, gender and class intersect with each other to give a complex picture. A paan shop located in the well-lit corridors of Connaught Place’s inner circle selling imported cigars, cigarettes, lighters, chewing gums, is considered relatively safe for modern young girls. While the shops located at narrow lanes or under the trees or pavements, selling local tobacco products, including bidis, remain a complete no-go zone. While buying a cigarette from a well-lit sophisticated shop maybe less of a taboo but smoking in public is still an un-womanly act and may invite a whole range of uncomfortable glances from those who think smoking in public is purely their domain. Young women of Connaught Place desirous of a smoke, therefore, have identified a special secret zone near the famous Odeon Milan Pan shop where they go for a smoke. Parking areas in general in Delhi are considered unsafe for women as several crimes are reported to take place in the parking areas. In 2003, a Swiss diplomat was abducted and raped in her own car parked at the Siri Fort complex parking lot. In 2013, a teenage girl was allegedly gang-raped by three to four unidentified men and dumped at a parking lot in Connaught Place.

Most of the parking lots seemed unsafe in Connaught Place as they are poorly lit, with vagabond men looming large, doing drugs and indulging ther anti-social activities. Even during the day, women have to navigate through the parking lot as men loiter in these areas and ogle at women. To end on a positive note, I did come across a bunch of women who broke a plethora of gender stereotypes by reclaiming the public place like they should. The next stop is Mumbai.

Sanjukta Basu is a TED Fellow, feminist writer and photographer. Delhi Photo Expeditions is a Delhi-based group of photography enthusiasts.