Where are the women in Bengaluru?

The urban women seemingly have a better access to public space, with millions of women participating in workforce, commuting daily by using the public transport. Yet, on observing the urban spaces closely, we realise that women restrict themselves when accessing a public space.

In the final part of the gender and public space series, we explore the streets of Bengaluru.

Bengaluru was a quaint, sleepy town until the mid-1980s when Texas Instruments set up its base in the city, sowing the seed of what was to become India’s Silicon Valley by the end of the 20th century. Suddenly, the Garden City woke up perplexed, as a massive chunk of young, technology professionals migrated to Bengaluru to work in the rapidly growing IT sector.

Till the first decade of this century, Bengaluru continued to have that look of wonder on how it would cope with the growing population, and keep up with their demands. Yet, there were no signs of complain, because this was the city to totally ‘chill out’.

Today, Bengaluru is the 8th most populous city in India, with much of the young, independent workforce settled away from parents. This explains the city’s unique youth-friendly, cosmopolitan culture, where women can be free and safe.

Thousands of women working in the IT sector vouch for Bengaluru's safety, how they can wear, whatever they want, travel safely even at middle of night, feel comfortable to visit one of Bengaluru’s popular beer pubs and enjoy their drinks.

A walk by the Brigade Road would reveal how comfortably women and men enjoy their shopping, pub or café hopping or mingling with the opposite sex.

Bengaluru was also known for embracing the LGBTQ community pretty early in the movement, and providing a safe space for the queer crowd to be free from stigma.

Bengaluru, thus, maintained a reputation for being safe for women for almost two decades, until the New Year's night of 2016, when reports of mass molestation in Brigade Road broke. While some may say it was a politically-motivated conspiracy, NCRB data says that “Bengaluru is the third most unsafe metro city in the country.” So, what is the reality in Bengaluru?

For my photo series, I began the shoot with Cubbon Park, where a 30 year old engineering graduate was allegedly raped after dark. Other than that, I chose to explore Ulsoor Lake, KR Market, city’s traditional trade and commerce area, Russel Market, Vidhan Souda and the Baghmane Tech Park.

In my view, except the areas frequented by the IT crowd, Bengaluru is no different from any other city. Plenty of women go around the city, cautious of the fact that public space is the men's domain. Women access it only for legitimate purpose and walk the route between the private space (home) and public space, with almost no loitering. The Cubbon Park is a popular destination among various section of citizens. From young working women, to theater artists, photographers, film makers, to families taking a stroll, to purposeless men’s groups, and even queer couples or groups. 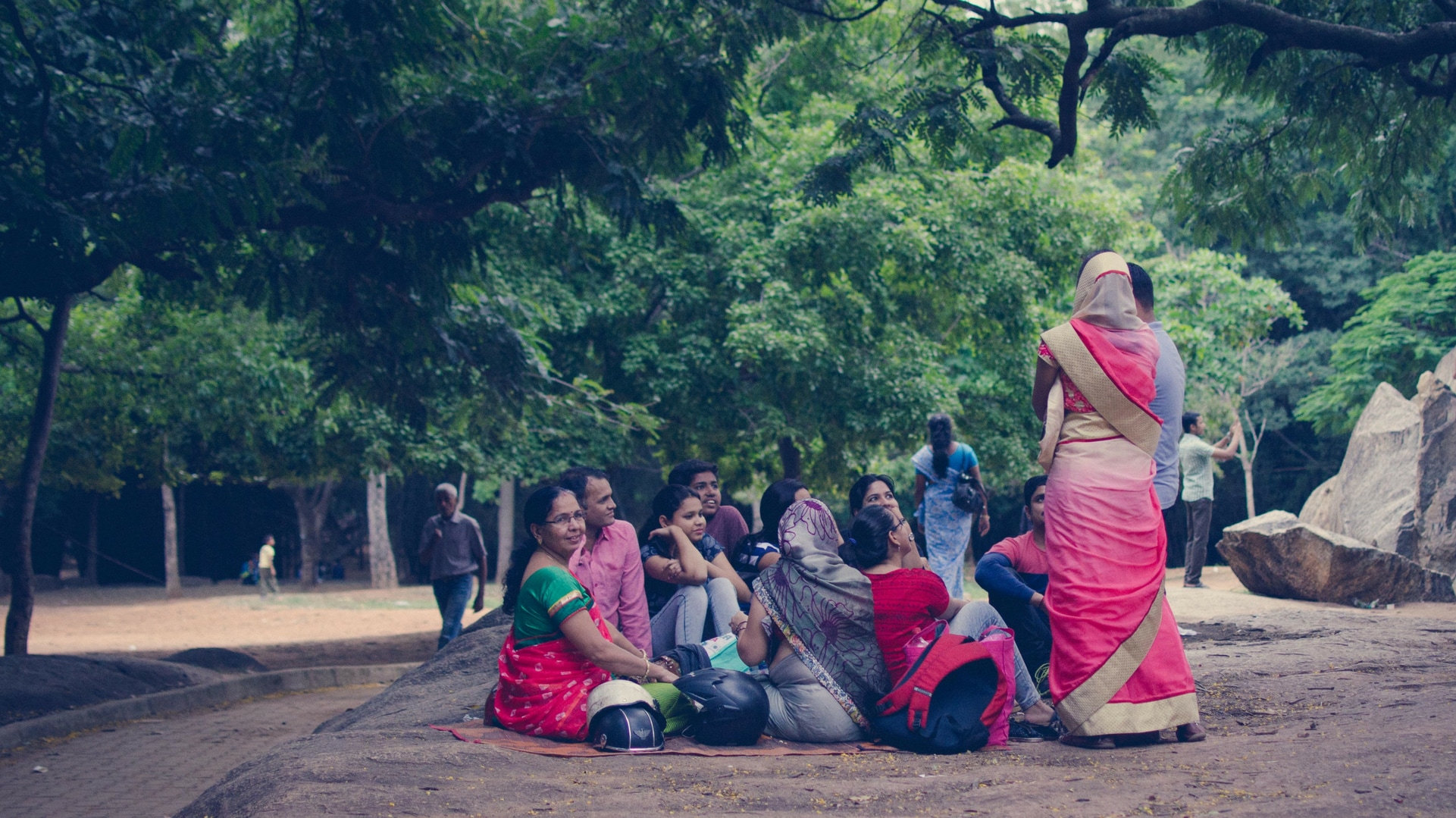 The park seemed like a safe space, but for those in a group. A woman on her own will most likely invite stares from the crowd, which I can say from my personal experience. Ulsoor Lake is a popular spot for locals to relax and unwind. On my visit to the place, I found it no different from other open spaces; women came to the location with families, children or as couples. That being said, I should give a special mention to the handful of women who were at the lake on their own. Bangalore’s Russel Market is like a shopping mall, built ahead of its time. Made by the British in 1927, the market is a one-stop destination for almost everything – flowers, fruits, vegetables, meat, and fish. 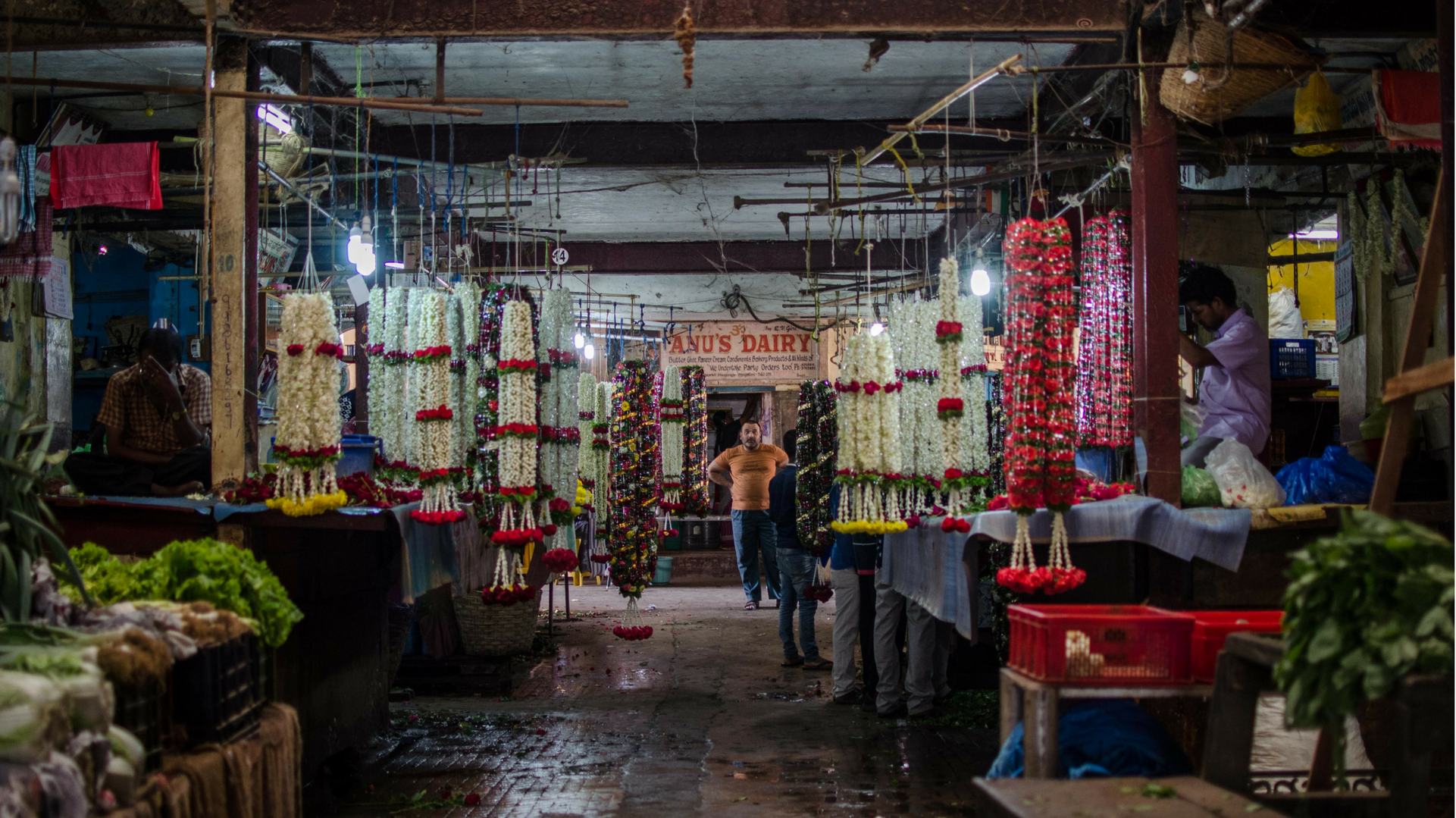 The space looked dark, old and congested, making it less appealing to women. The sellers were mostly men, and though I didn’t see many women during my time in the area, I believe there would be female buyers who visit this place for what it has to offer.

Around the Russel Market, there is a presence of shops which sell clothes, food, industrial items, and automobile parts.  The entire area was male-dominated, with some sellers also objecting to photography. 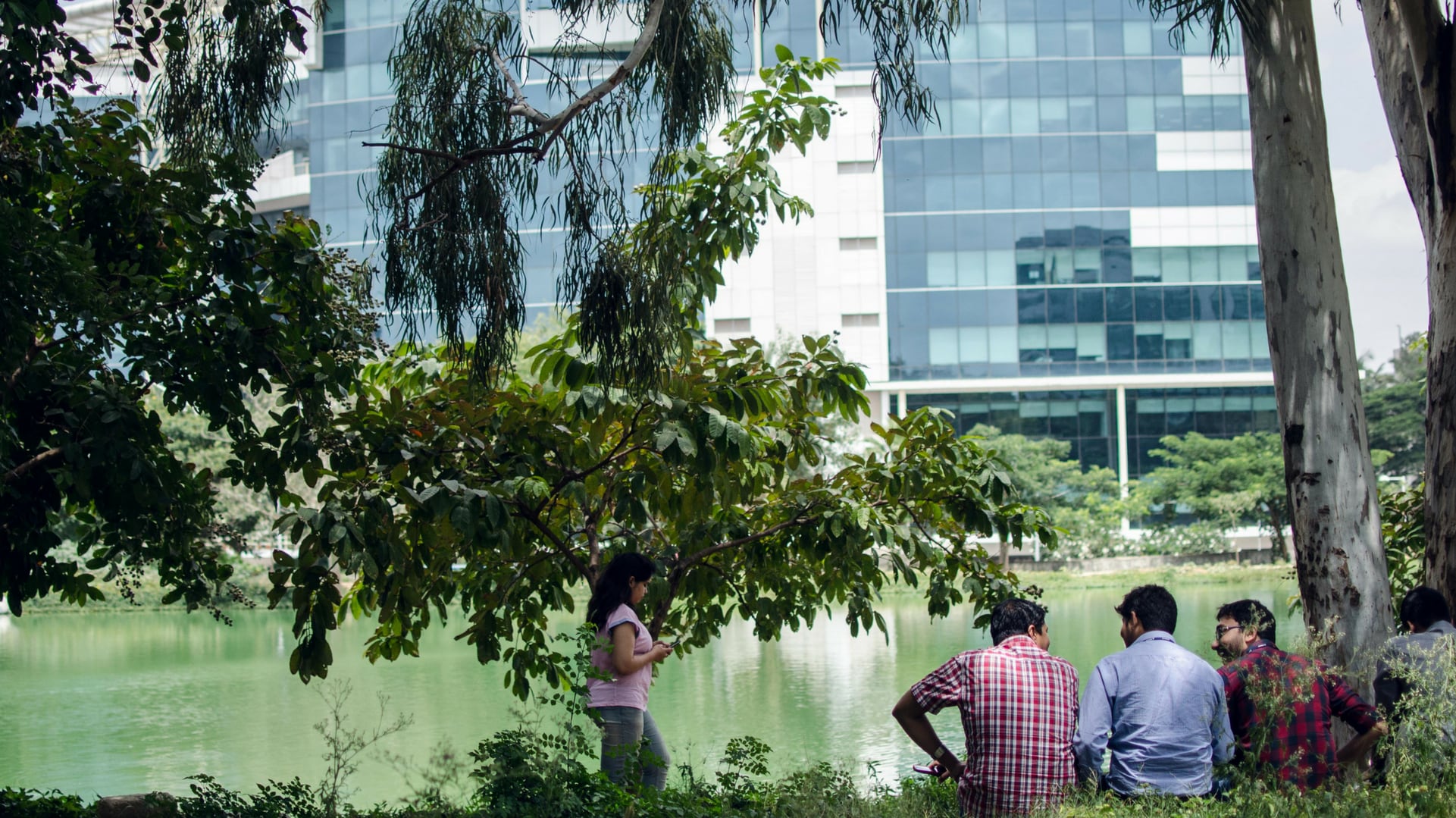 The imagery of the public space changed near the Vidhan Soudha Metro Station and Baghmane Tech Park. I could spot many young women in their work attire, with their corporate badges around the neck. I interviewed a few of women on whether they freely access public space throughout the city. Their responses confirmed that beyond the IT area, and enclosed shopping malls, it is not possible for women to wear short dresses or casually walk alone or have a smoke in public. 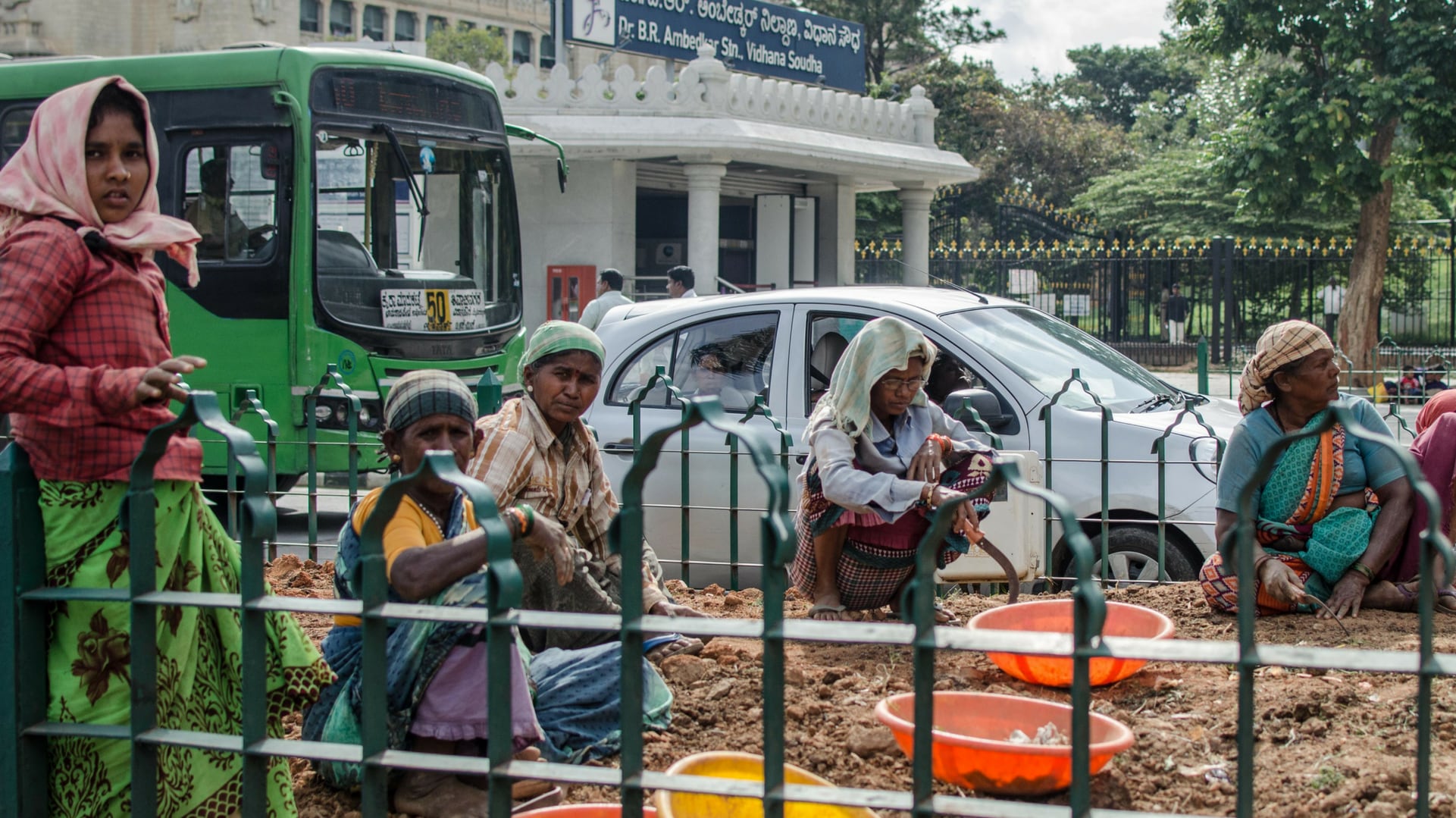 The KR Market is Bangalore’s biggest trading center. Most sellers here are male, including the porters, and transportation labourers. Even though the presence of few women traders made a powerful impact, the fact remained that these women had a purpose behind accessing the space. As I braced to wrap up my shoot in Bengaluru, I spotted a group of men at the market, casually accessing the public space. Women were there, too, but with the purpose of running errands.

Of course, they can't loiter.