In 2018, for the third year in a row, India has recorded at least 100 tiger deaths. The reasons for the deaths range from natural deaths, poaching to electrocution and poisoning.

India is home to about 70 percent of the global tiger population, but the population of the endangered animal is threatened due to factors like developmental pressure leading to habitat loss, poaching and human-wildlife conflict.

Though India has managed to substantially increase the tiger population which had plummeted to 1411 in 2006, experts argue that a lot still needs to be done to maintain the momentum.

It’s a classic case of viewing the glass as half empty or half full. For the third straight year, the number of tiger deaths in India have touched the 100-figure mark. However, the number of deaths in 2018 have decreased as compared to the year before that.

According to the official data of the National Tiger Conservation Authority (NTCA), the country’s nodal body working on welfare and protection of tigers, at least 100 tiger deaths, including seizures, were recorded in 2018.

Of the 100 tiger death cases, 93 were of mortality and seven of seizures, which are cases where a tiger is presumed dead on the basis of the body parts seized by authorities. The reasons for death of tigers ranged from natural deaths, electrocution, poisoning to poaching and in-fighting. In 69 cases, the exact cause of the death is yet to be ascertained as investigation details are awaited.

Madhya Pradesh topped the list with 27 tiger deaths and was followed by Maharashtra with 20 and Karnataka with 14 deaths. Together, the three states accounted for 61 percent of the total tiger deaths in the country in 2018. 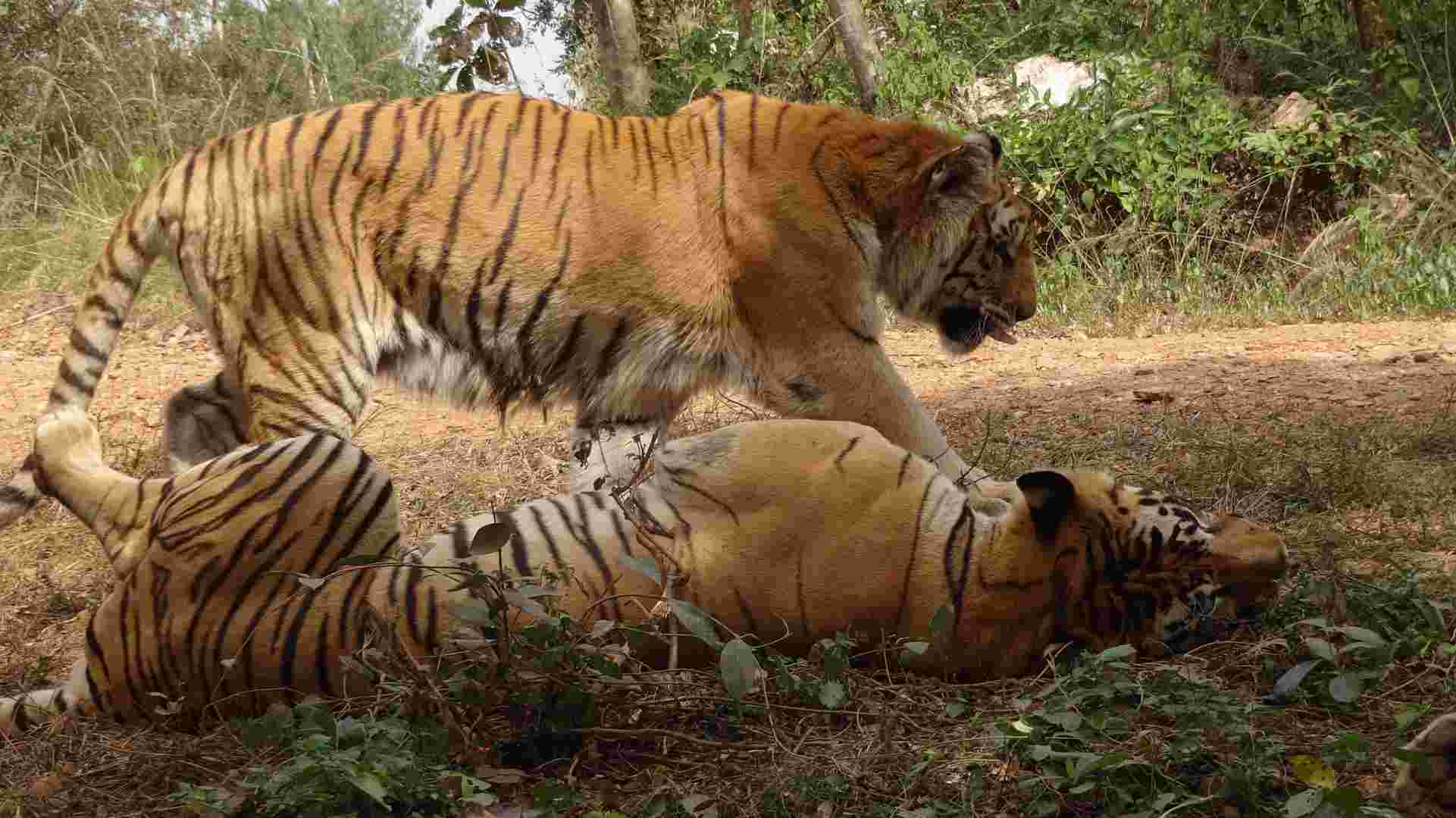 The total cases of tiger deaths in four years (2015-2018) are 418, which means on an average eight tigers died every month for the past four years.

An endangered animal, the tiger (Panthera tigris) is also India’s national animal. To keep a check on its dwindling population, the Indian government had launched a tiger conservation programme, Project Tiger, in 1973. The tiger also has highest degree of protection under India’s wildlife laws.

India, right now, is home to about 70 percent of the global tiger population, which stands at 3,890 individuals currently. The numbers are on a rise in India due to its long history of conserving the species. At present, India has 50 tiger reserves in 18 states which account for about 2.21 percent of the country’s geographical area.

Tiger population continues to be under threat

But threat to India’s tiger population remains due to factors such as poaching, human-wildlife conflict and loss of habitat including threat to tiger corridors.

According to the data of the Wildlife Protection Society of India, a non-governmental organisation, a total of 1,148 cases of poaching of tigers were recorded between 1994-2017.

Recent reports about the lifting of the ban in China relating to use of tiger and rhino body parts for medicine was a cause of worry for the conservationists in India, as the animals in India could be the target for illegal wildlife traders. But with the Chinese government now postponing the decision for the time being, conservationists and authorities may breathe a little easy.

“The government of India is aware of the said move. However, the recent reversal of the ban relating to use of tiger and rhino body parts for medicine by the Chinese government has been postponed by them,” Mahesh Sharma, who is the Indian government’s Minister of State in the Ministry of Environment, Forest and Climate Change (MoEFCC), told the Parliament in December 2018. Sharma stressed that the Indian government, through the National Tiger Conservation Authority (NTCA), has taken a series of actions to protect tigers and rhinos in the country.

He highlighted measures like enhancement of punishment for offence in relation to the core area of a tiger reserve or where the offence relates to hunting in the tiger reserves, raising, arming and deploying the Special Tiger Protection Force (STPF) in tiger reserves, assessment of security protocols across tiger reserves, electronic surveillance and modernising the infrastructure and field protection.

The issue of transboundary tiger conservation has also been on the radar of the Indian government’s agenda as it has been coordinating with the neighbouring countries like Nepal, Bhutan and Bangladesh on the issue.

“The initiative has been taken to come out with a sub-continental level tiger estimation report along with Nepal, Bhutan and Bangladesh,” informed environment minister Mahesh Sharma.

Rajesh Gopal, who is the secretary general of the Global Tiger Forum (GTF), said, “The tiger is a collective responsibility. India is in a leadership position on the tiger front with the maximum number of tigers and their source areas. The mortality is more in productive areas – a natural characteristic of such sites with a larger number of births and deaths.”

“However, there are several deaths owing to revenge killings in human-tiger interface areas and that requires active management,” said Gopal, a retired Indian Forest Service officer, who also served as the member secretary of the NTCA for several years.

—All images from Wikimedia Commons