Migration has raised the social and economic status of millions of Keralites. But the few hundred Keralites, who had migrated to Pakistan before and after Partition, have been alienated by their homeland.

While many who had migrated in the early decades of the 20th Century have died as Pakistani citizens in the place of their birth, around 200 are living in their home state on temporary Pakistan visas hoping that they will get Indian citizenship before they die. They have no voting rights, cannot open a bank account or buy any property in the state.

Most of them aged and suffering from illnesses have lived in hiding until recently to avoid the perpetual threat of deportation to Pakistan. Though the Government of India recently decided to give them long-term visa extension, the police come in search of them whenever tension rises on the border.

“The police knocked on my doors during the Kargil War. They suspected I was a Pakistani agent and put me under strict surveillance. I thought I would be taken to the border and pushed into the Pakistan territory. I slipped out of home and lived several nights in forests and paddy fields,” said 74-year-old Thilayil Alavi.

Alavi, who went illegally to Karachi in 1969, lost his Indian citizenship in 1980 when he wanted to visit his family in Kerala. As he had no documents to support his Indian citizenship, an agent asked him to get a Pakistani passport. Without knowing that this will make him a foreigner in his motherland, Alavi signed the papers and came to Kerala.

The Pakistani visa allowed him only 20 days in the state. Alavi wanted to spend one more month with his family but the police asked him to leave the country. He went back to Karachi and worked nine more years there. He came to the state again in 1988 on a short-term visa and did not return as his father was seriously ill.

“I managed to defy the police for three years. But a theft in my neighbourhood landed me in the hands of the police. When they found my Pakistan status I was deported. The cops took me to Rajasthan and asked me to cross the border. I reached a Pakistan military camp after walking three days with very little water and food. The military personnel allowed me to go to Karachi after they saw the Pakistan passport in my bag,” Alavi said. 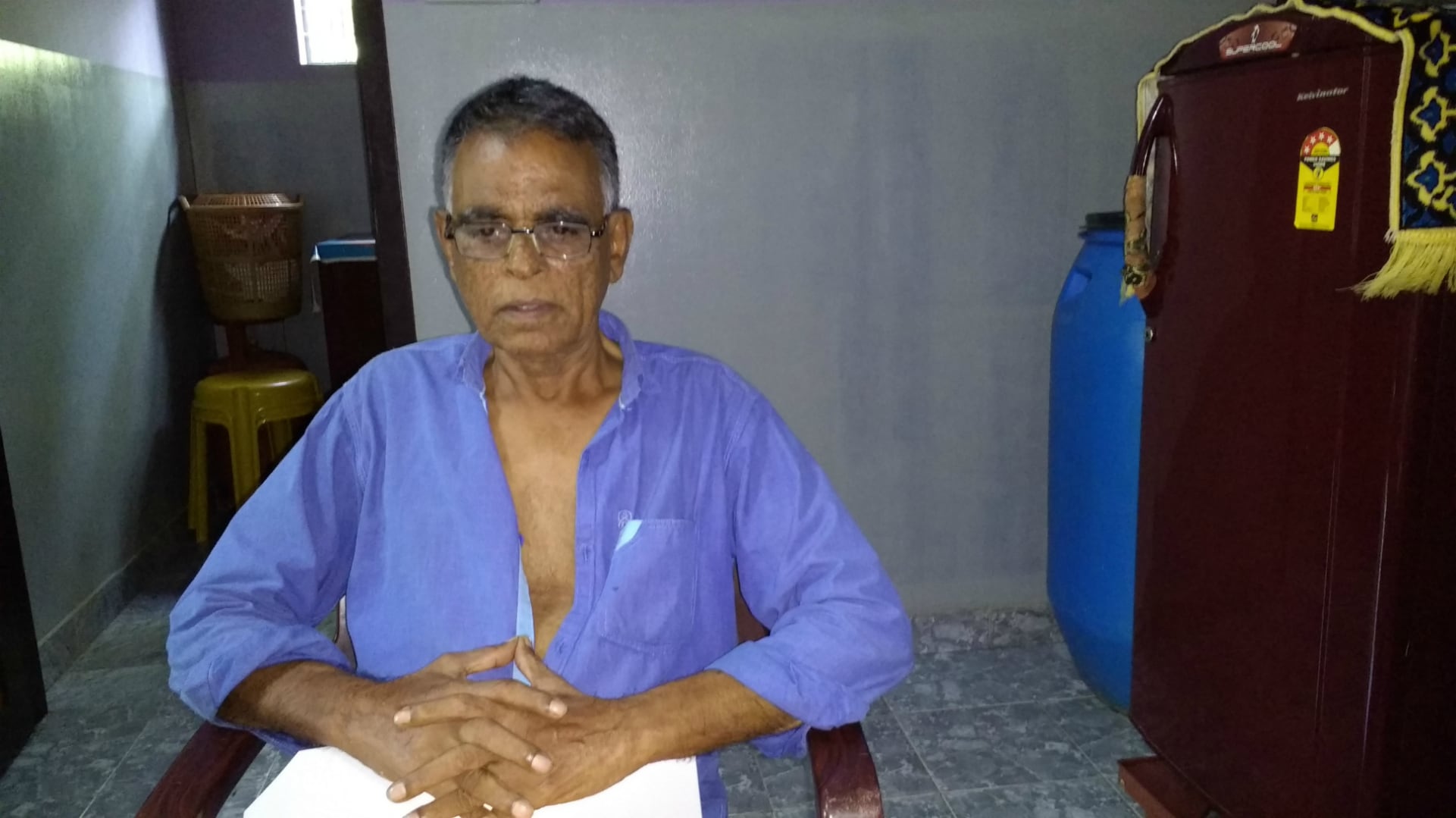 However, Alavi returned to Kerala in 1992 and remained in hiding till 2004, when the Manmohan Singh government decided to give Pakistan citizens of Indian origin long-term visas. This came as a big relief to Alavi and many like him who lived under perpetual fear of police.

Alavi, who now lives with his wife at Kundoor in Malappuram district, said abject poverty had forced him to cross the border. Alavi had gone to Kolkata at the age of 26. Though he got a job in a hotel in the city, the money he got was not sufficient to feed his family. He decided to go to Karachi after his friends told him that the wages were better there.

After reaching Bangladesh by bus, he went on foot to Karachi. The police caught Alavi and lodged him in jail. He got released after six months with the help of some Keralites in Karachi. Though he was deported to India, he returned to Karachi after spending a few months in Kolkata.

He worked in a hotel for the next 18 years and helped the family overcome the poverty. However, there was noone to lend him a helping hand in his twilight years. Though the Kerala government has many welfare schemes for the poor and the marginalised sections, Alavi cannot claim them until he gets his Indian citizenship back.

Alavi and many like him had individually and collectively represented the government several times in the past. Some of them had even moved the court. However, the authorities clung to technicalities instead of taking a humanitarian approach, says advocate PA Pouran, a human rights activist, who helped the ‘Pakistan citizens’ in presenting their case before the authorities.

Pouran, who is president of Kerala unit of People’s Union for Civil Liberties (PUCL), said that the previous VP Singh and IK Gujral governments had sympathetically considered the issue but before they could issue the order they relinquished power. He said that these people were not expecting any sympathy from the current BJP-led government. He told Firstpost that the previous BJP government led by Atal Bihari Vajpayee had even tried to deport these people to Pakistan but they retracted following protests from various quarters.

According to the PUCL activist, there are about 180 people living with Pakistan passports in the state’s northern districts of Malappuram, Kozhikode, Kannur and Kasargod. At one time, there were about 500 such people in Kerala. The remaining have either died or gone back to Pakistan. He said most of these people had taken the Pakistani passport without knowing that it would lead to relinquishment of their Indian citizenship and rights. They agreed to apply for the Pakistani passport as there was no other way they could visit their families back in Kerala.

Majority of these people were illiterate. They had gone to Pakistan mostly after the Independence in search of better prospects. Mammu Mohammed Haji who went to Karchi at the age 18, said higher wage was the biggest attraction for Keralites in Karachi. He said there were plenty of opportunities in tea shops, hotels, textiles and beedi and timber factories.

Mammu, who started working at a beedi unit, earning Rs 4 per day, was one of the few Malayalis who flourished in Pakistan. An agency he took for loading and unloading goods from ships grew into a leading cargo boat builder and repairer. However, he had to leave everything in Karachi when home beckoned him in 2006. He is one of the few Keralites to get Indian citizenship after his return to the country.

Economic factor was the main driving force behind the migration of people like Mammu and Alavi mostly after the Independence. But before them a large number of Malayalee Muslims had migrated from Malabar to Karachi. It was driven by a crackdown on the Khilafat Movement by British forces in 1921. The Muslims fled the area after the British crushed down their rebellion, which was called ‘Mappila Lahala’. This is recorded as the first wave of Malayalee Muslim migration to Karachi.

There were 50, 000 Malabari Muslims in Karachi then. They were mostly engaged in betel leaves trade and tea shop and hotel business. They tried to maintain their identity in Karachi by setting up a Malabar Muslim Jamaat. Though the number of Malayalees in Karachi has now come down to about 5000 the Jamaat still exists there.

Those remaining in Karachi have mostly got integrated with the society. Mohammed Haji, who lived in the Pakistan city for over 50 years, said that many of them had married Pakistani women and settled in Karachi. Though the senior citizens like to return, they are finding it difficult as their children and grand children do not want to come to Kerala. Most of them do not know Malayalam.

Human rights activists say many of them were not trying to return to Kerala considering the plight of those who have already returned. Though many of those who have returned had migrated to Pakistan after Independence mainly for job, the government is not ready to recognise them.

“It is not the fault of these people that they became Pakistani citizens. Till August 14, 1947, the people of India, Pakistan and Bangladesh had a common nationality. There was no need for any passport for movement then. The need for passport arose only after the Partition. As a democratic nation, the Government of India should take a humanitarian approach on the issue,” said Pouran.