The Promised Land: How remittances from migrants account for 36.3% of Kerala's NSDP

Discovery of oil in the Gulf in the 1930s was a landmark event in the history of Kerala. The commercial exploitation of oil in the 1950s and 60s opened up big job opportunities for Keralites.

The massive developmental activities undertaken by the Arab countries needed all types of workers — unskilled and skilled labourers, office workers, salesmen and professionals like doctors, nurses and engineers — to oil their booming economy which lured the Keralites across the Arabian Sea.

The boom came at a time when employment opportunities in other states were also diminishing. After Independence, many Keralites found job opportunities in cities like Mumbai, Chennai, Kolkata, Hyderabad, Bengaluru and New Delhi.

However, the inter-state flow slowed down in the 70s when opportunities began to diminish after the initial buoyancy. The flow was also affected by the nativist mentality that started gaining strength in various parts of the country, according to KV Joseph, a migration expert.

“With the rise of the nativist mentality, the native population of states like Assam, Maharashtra, Tamil Nadu, Andhra Pradesh and Goa began to look upon the immigrants from other states with suspicion and even enmity. Agitations against Malayalees took a violent turn in Mumbai, Goa and Chennai,” he added.

The openings in the Gulf thus came as a golden opportunity to Keralites, who grabbed the opportunity by shirking their aversion to manual labour and leaving in large numbers to various Gulf countries. The number of Keralites living in West Asia as on 2014 is nearly two million, according to Kerala Migration Survey (KMS).

The survey conducted by noted demographers KC Zachariah and S Irudayarajan for the Centre for Development Studies (CDS), Thiruvananthapuram puts the total number of Keralites living abroad in 2014 at 2.40 million. Ninety percent of the emigrants are in West Asia.

This shows that over five percent of the population of Kerala lives outside the state, in various parts of India, in the Gulf region, the US, Europe and other countries around the world. According to the survey, 19 percent of the Kerala households had an emigrant in 2014 and 29 percent had an NRK.

An interesting finding of the KMS is the Hinduisation of emigration in Kerala. The survey found a slow but steady rise in the number of Hindu migrants lately. The share of Hindus, who account for 55 percent of the total population in the state, was 29.5 percent in 1998. It rose to 36.3 in 2014. The share of Hindus in 2011 was 37.4 percent. Muslims had led the table with 41.3 percent although their share in the population was only about 26 percent. 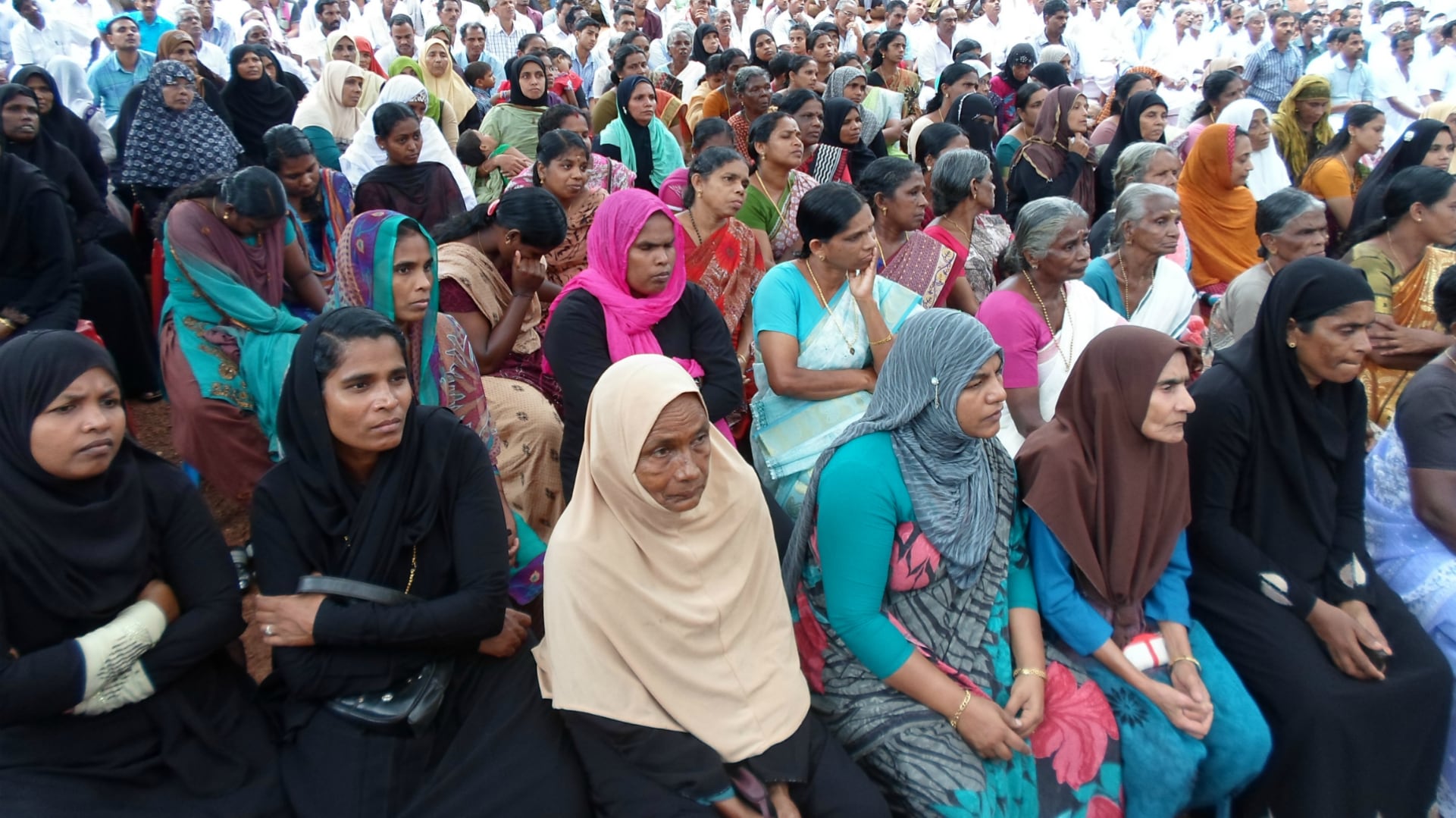 Geographic distribution by district of origin shows that the largest number of emigrants originated from the Muslim-dominated Malappuram district, a position it retained throughout the entire 1998-2014 period. However, its share of the pie has shrunk in recent years, from 21.8 percent in 1998 to 19.0 percent in 2014. Malappuram is followed by Pathanamthitta and Thrissur. The survey has found a northward shift in the district-wise origin of emigrants with the northern districts of Kasargod and Kannur gaining considerably over the years.

Irudaya Rajan, who is the chair professor, Ministry of Overseas Indian Affairs (MOIA) Research Unit on International Migration at the CDS, told Firstpost that remittances, which accounts for 36.3 percent of Kerala’s net domestic product (NSDP) had played a major role in sustaining the state’s economy.

He said that Kerala economy was called a money order economy during the 1970s and 1980s when people from the state found employment in various states within the country. The present economy can easily be called as a remittance economy. The remittances sent by emigrants have led to huge developments in the state. If the remittances stop the economy will crawl.

“Migration has been a significant factor in helping reduce poverty, unemployment and relative deprivation in Kerala. If there were no migration Keralites would have starved to death or the state would have become vulnerable to terror. The rise of Naxal movement in Kerala in 1975 sprouted from unemployment and hunger,” he said.

Economists feel that migration would have benefitted the state much more if conditions were created for productive utilisation of the remittances. In the absence of avenues for productive investment in the state, the emigrants used the remittances to build posh houses and consumer durables such as cars, motorcycles and other luxury items.