Several Rohingya Muslim families have arrived at Delhi’s UNHCR office after leaving Jammu city, where they were warned by the right wing political parties and the traders’ association to leave Jammu. In February, the Jammu and Kashmir National Panthers Party had put up billboards across the Jammu city asking its residents to “Wake up” and "unite to save history, culture and identity of Dogras.”

Rohingyas are considered stateless entities and subjected to the worst kind of violence by the Buddhist community in Myanmar. They were driven out of their province Rakhine in Myanmar.

Many of them fled and took shelter in Jammu. Some of them are associated with the rag-picking activity. However, many began moving out from Jammu after some of the community members were allegedly threatened and beaten in Jammu. Around nine families which have arrived on 24 April in Delhi spent a night outside the UNHCR office seeking relief and asylum.

"Refugees and asylum-seekers who move to Delhi will be benefited from available UNHCR and partner service". UNHCR officials in Delhi told Firstpost. 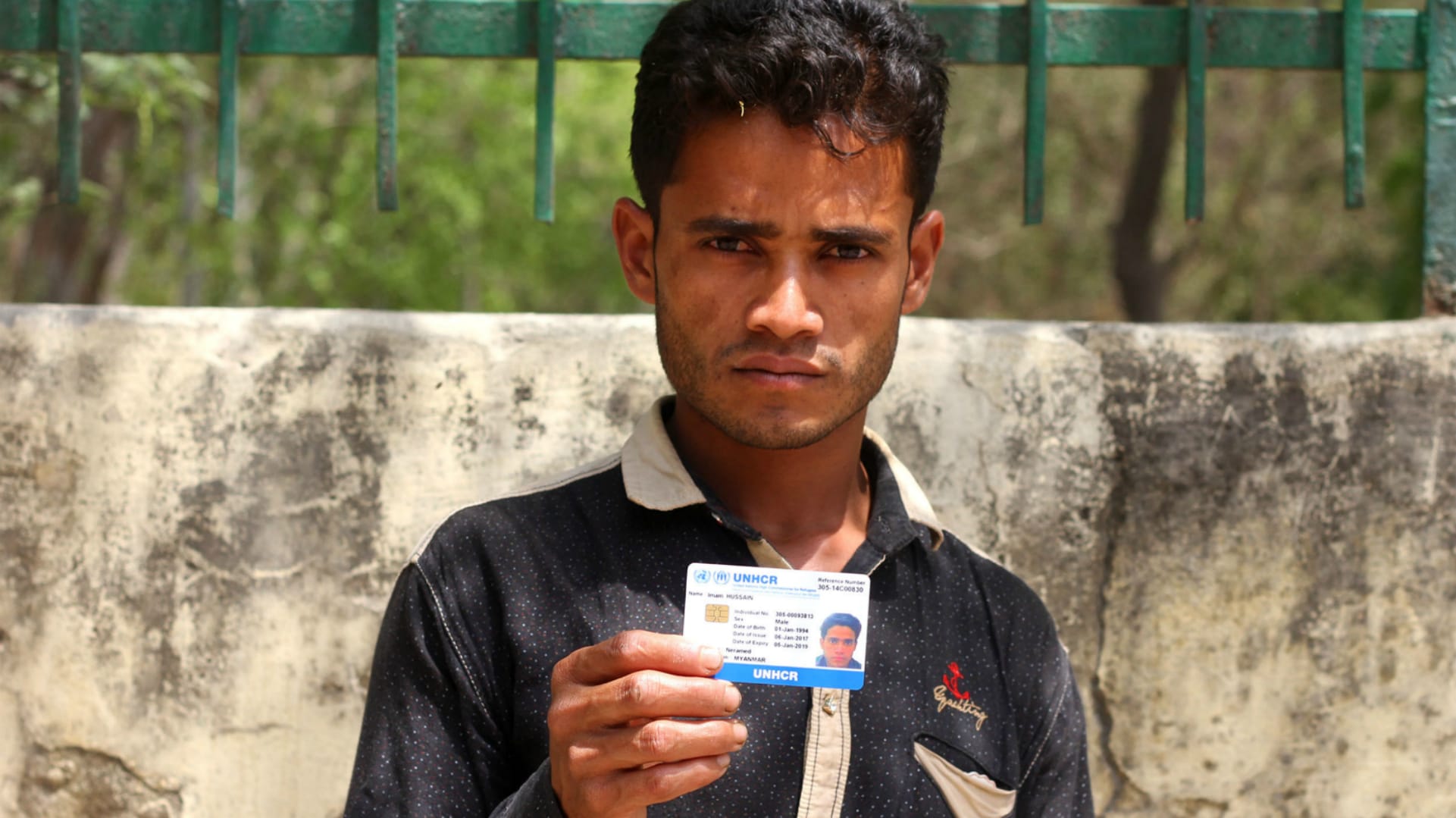 "Some unidentified people warned us to vacate Jammu. They also threatened to burn down our tents," said 21-year old Imran Hussain. A mother comforts her child in her lap as she waits outside the UNHCR officer along with other members of the Rohingya community. 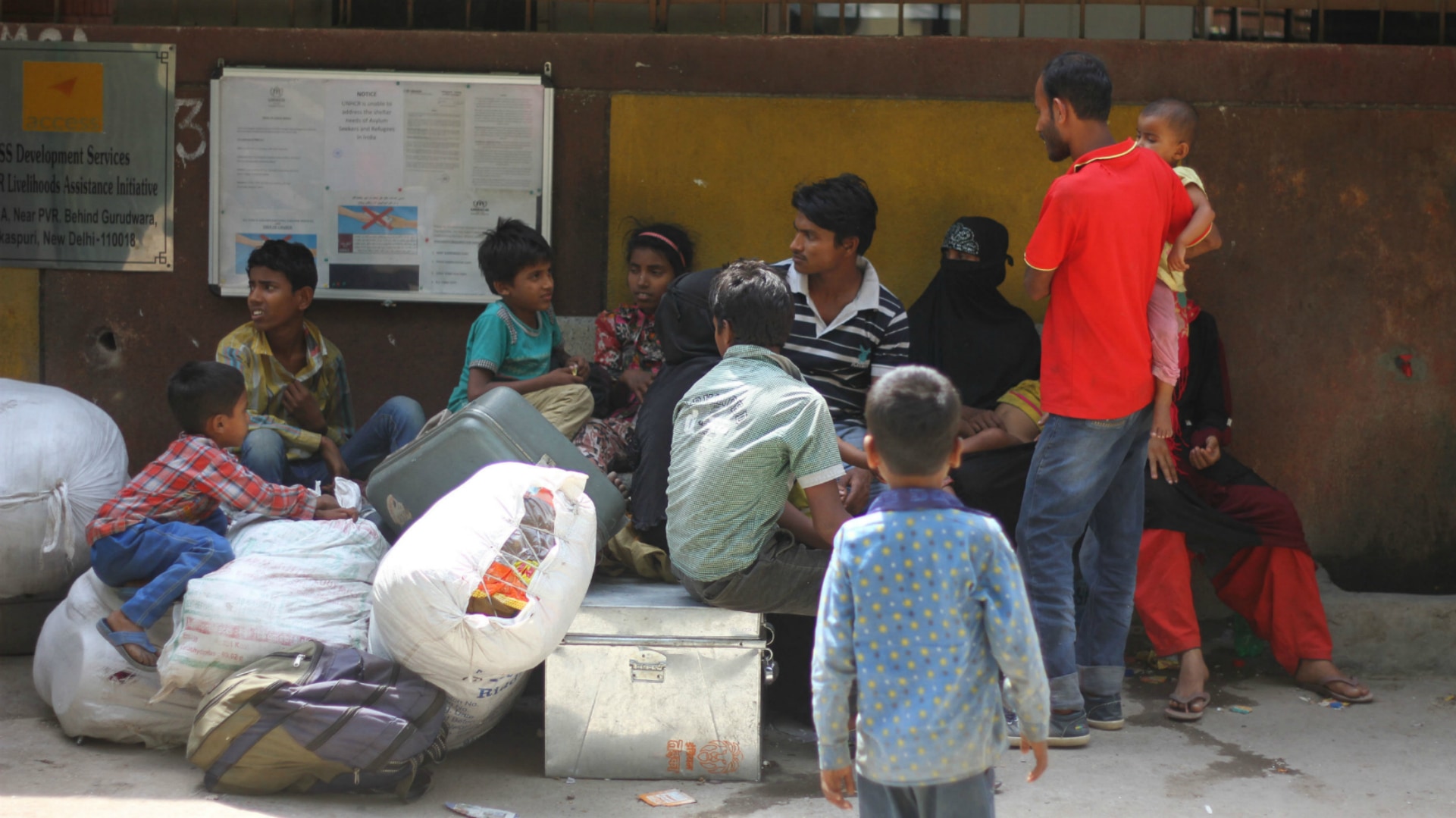 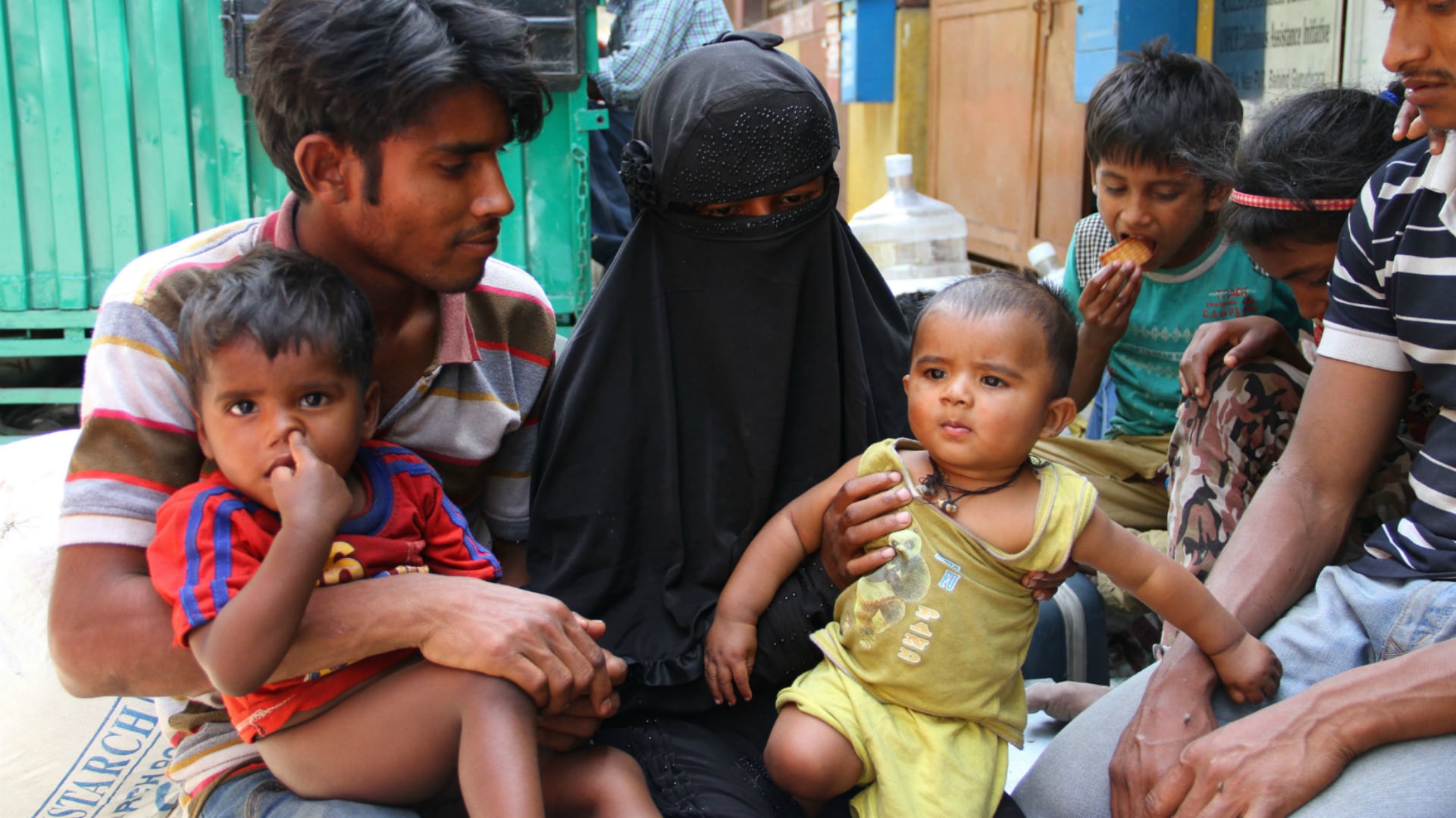 Mohammad Ayoub (on the left) who fled with his family from Jammu said, ‘’Our kids have not eaten since we arrived in Delhi. In Jammu we were beaten and our tents were set on fire.” Amidst the soaring Summer heat, a child falls asleep outside the UNHCR office. 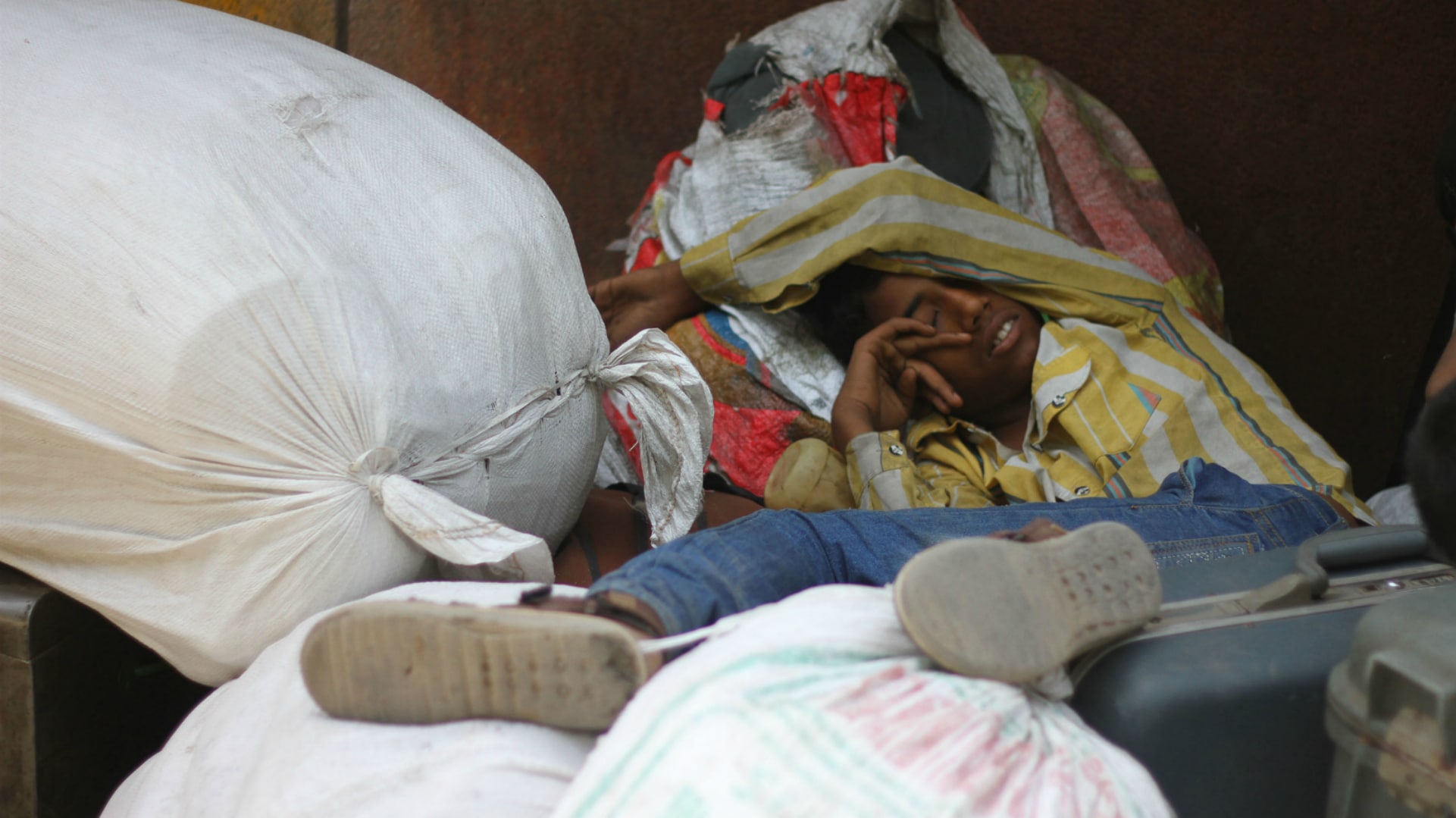 Tired of a long journey from Jammu, a teenager catches nap, turning his belongings into a bed. 28-year old Jahan Rakhta’s family used to make its ends meet by rag picking in Jammu. But she is now worried about feeding her children. “We don’t have enough money to feed our kids,” she said. Mohammad Alam is optimistic of getting help from UNHCR. He said, “We did not face any problem in Jammu before, but from past two months, we are being threatened.”