Palestine in photos: On the Segregation Wall, messages of solidarity

In part 10, we look at expressions of solidarity with Palestinians. The resilience of  the Palestinians and their refusal to buckle under the occupation is one of the few empowering things in the midst of the political situation in Palestine. Another is the solidarity that Palestinians find the world over.

Volunteers come to join groups such as the International Solidarity Movement (ISM), the Christian Peacemakers Teams (CPT), or the Ecumenical Accompaniment Programme in Palestine and Israel (EAPPI) among others. They document and record what they see. In flashpoint zones, they accompany Palestinians as they move through Israeli checkpoints or to their fields since the presence of foreigners makes the soldiers less inclined to use violence.

These are ordinary people from around the world willingly placing their lives at risk to act on the ideal they believe in — that dignity, human rights and freedom apply universally and that injustice anywhere is a threat to justice everywhere.

Israel’s imposing Segregation Wall has become a canvas for open air art where anonymous artists have painted witty messages of peace, love and solidarity. These are some impressions of this unique graffiti art.

[Below] A legend on a wall proclaims: 'Injustice anywhere is a threat to justice everywhere'. 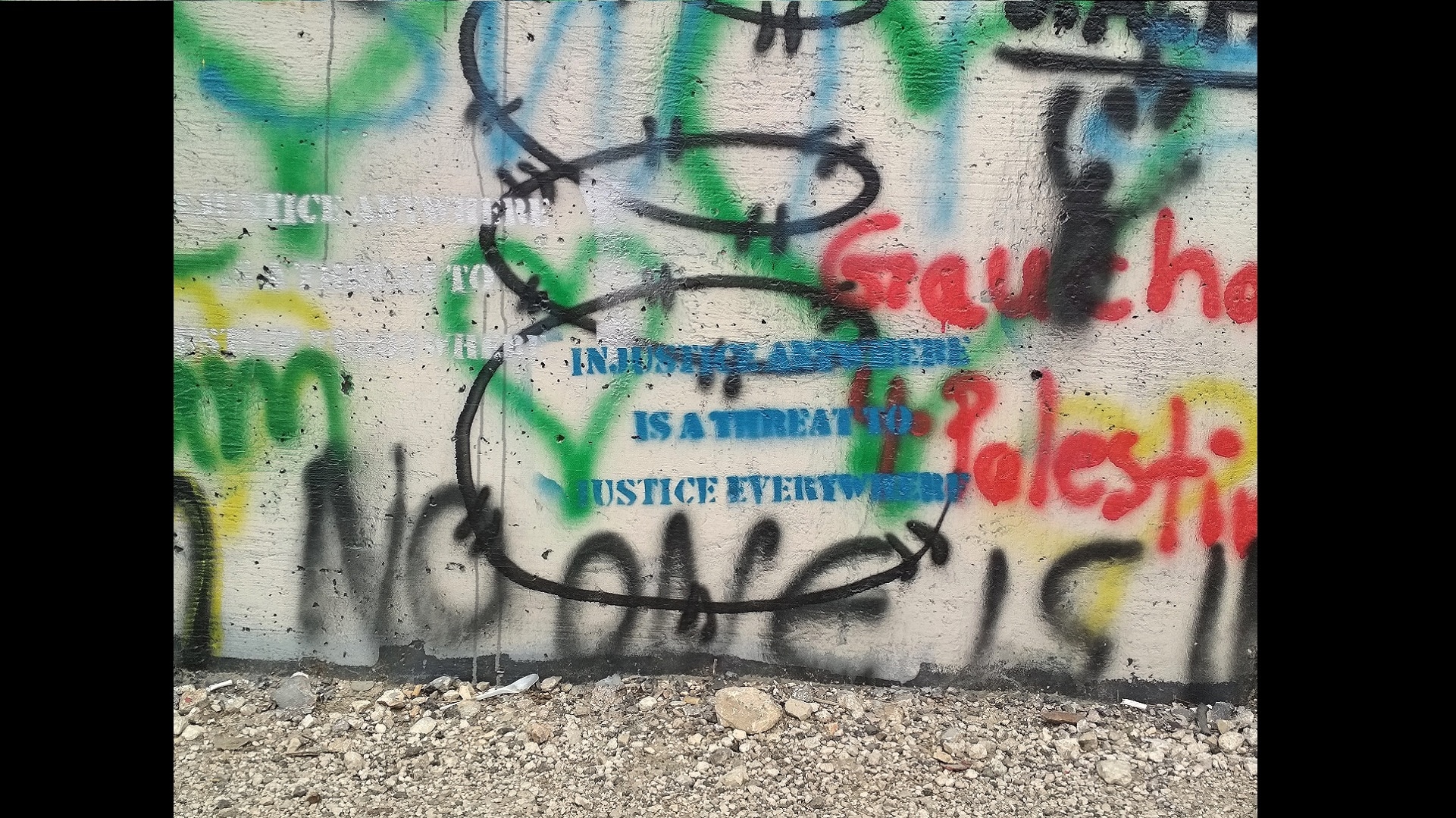 Solidarity from Ireland and the UK. Palestinian find very strong support from the Irish in particular because of a perceived sense of shared suffering under occupation. 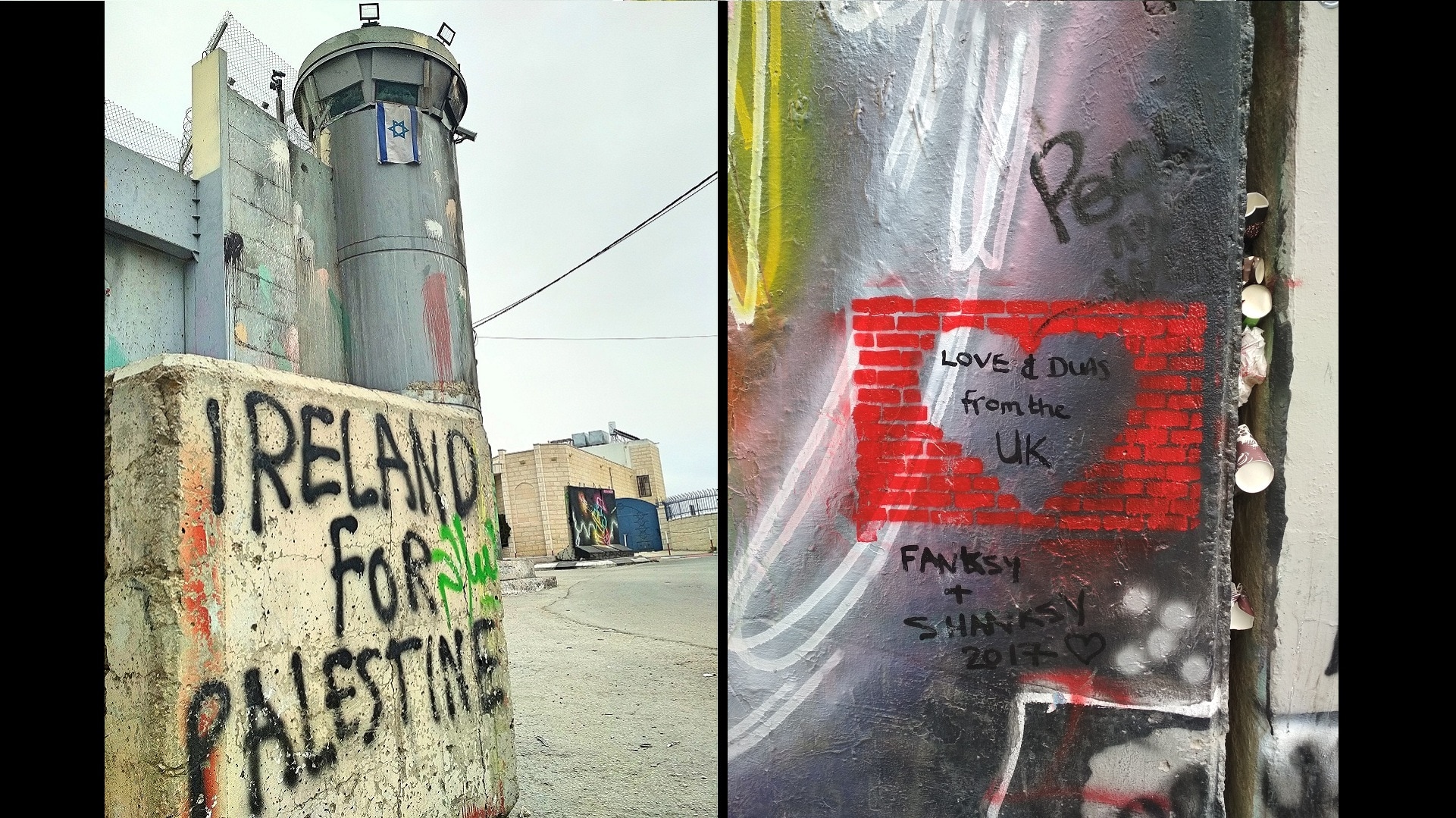 Solidarity from the US. 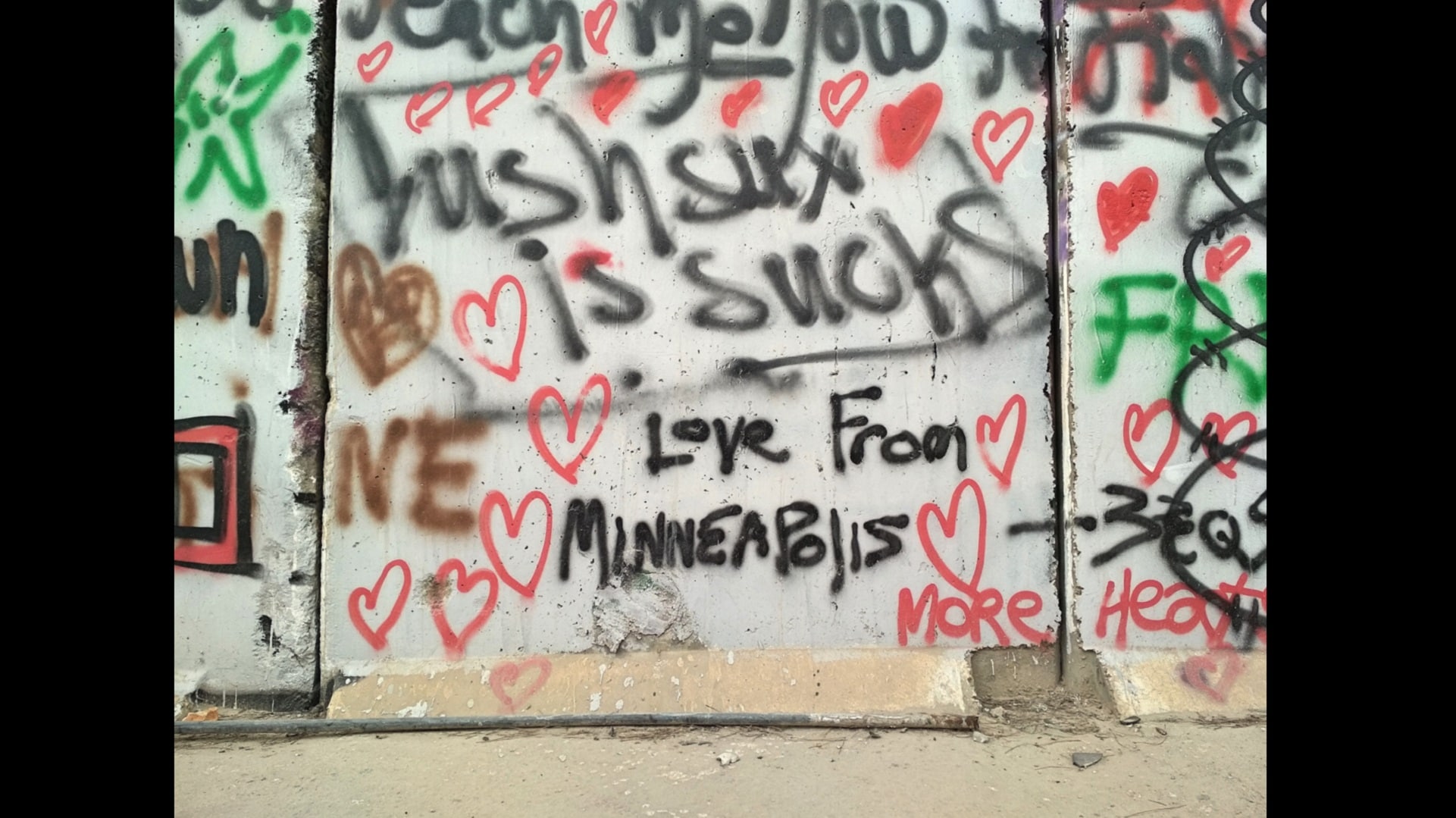 One of the most poignant messages I found on the Wall. 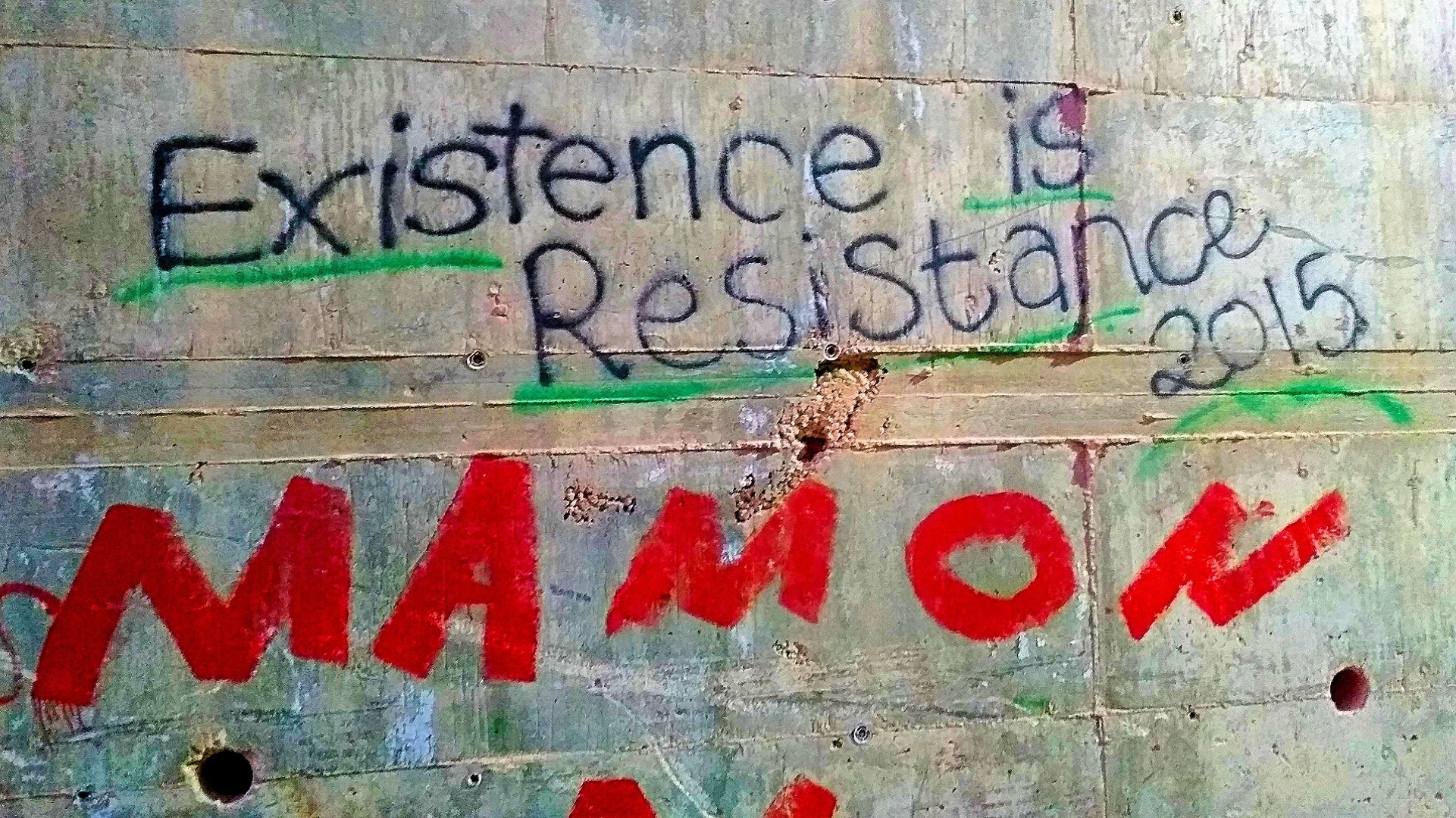