Chief Minister Mehbooba Mufti, who unlike any other chief minister in recent memory, is facing a revolt on the streets by students. And, to be specific, by teenage girl students. Most of them have their heads and faces covered. Their school bags slung over their shoulders and stones in their hands. They chase vehicles, the policemen and raise pro-freedom slogans. The sporadic, but intense, wave of student protests in the Muslim-majority Kashmir Valley, and with equal participation by girl students, has taken every one by surprise, even the mammoth intelligence-gathering apparatus of the state. The girls said their priority was never politics, but studies. However, the recent events — the killings in Budgam and the forces shelling the students inside the Pulwama college — have forced them to come out into the streets. 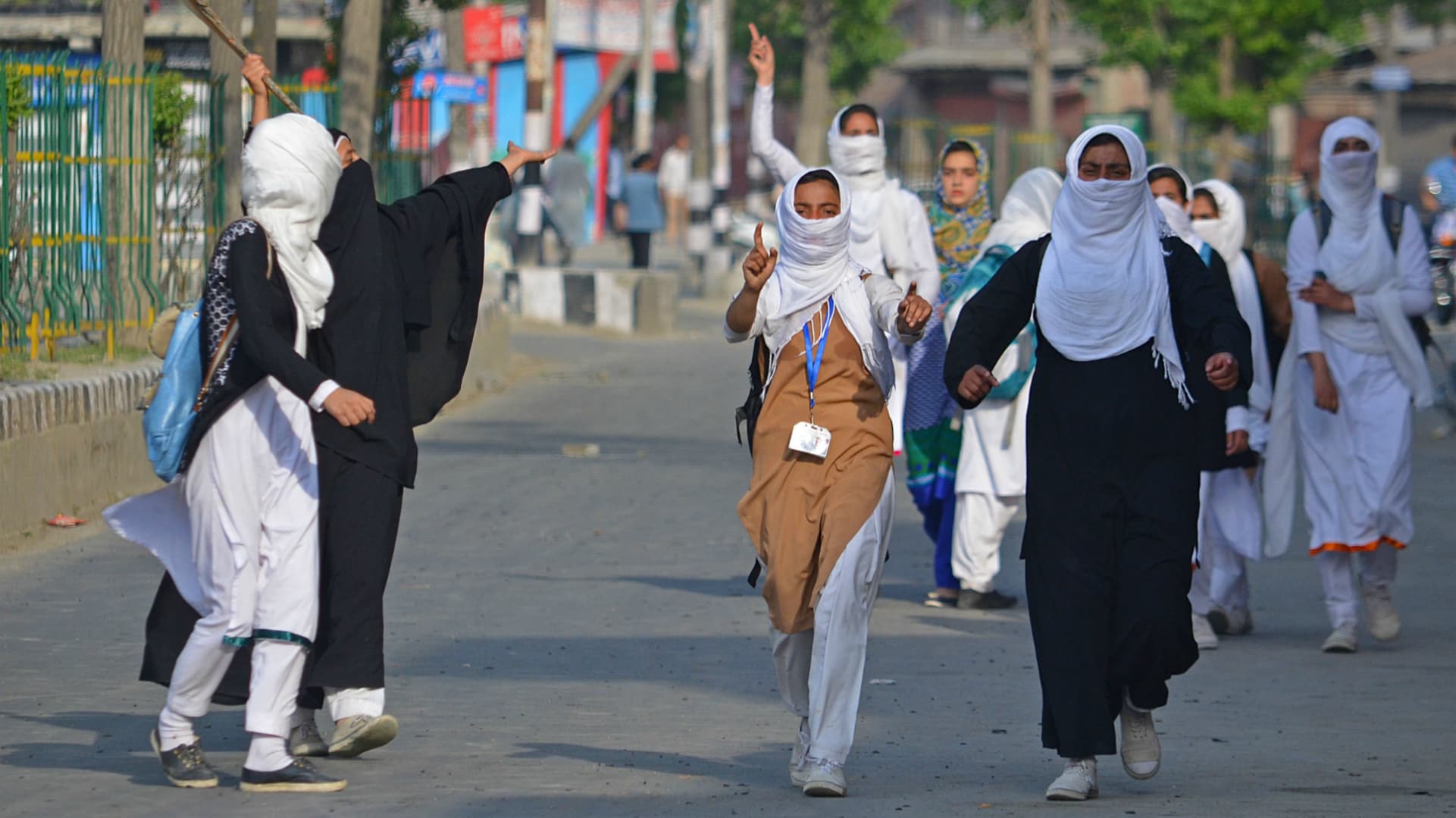 Everyday, since last Monday, if it's not in Srinagar that students are protesting, they are doing so in the streets of north or south Kashmir. Our concerns are not political, but they have to do everything with politics. Kashmir is 'political' and politicians politicise even educational institutes to score brownie points, they said. It is an unfamiliar sight witnessing this version of outrage against the state. Earlier it was among the young males, but now it has surprisingly seeped into the girls. The fear of death and getting injured in the clashes is nonexistent. These young women have become the new face of protests in the Valley.