The province of Sindh is grappling with an acute water shortage, a crisis which the government hopes to address through the construction of more dams along the Indus river. While fundraising for these megastructures continues in Pakistan, fishermen and delta communities along the river fear the worst, as they are transported back to 1991 when the Water Apportionment Accord between the country’s four provinces was inked – and when the fate of the fishing community was sealed.

According to point seven of the accord, a minimum escapage of water to the sea is required to check sea intrusion. The Sindh province held the view that the optimum level for this was 10 million acre-feet (MAF), a figure which was debated at length when the accord was signed decades ago. While the accord was signed with this number in mind, it was also agreed that more research was to be done to establish the minimal escapage required downstream Kotri.

This aspect of the accord recognises the culture of established ‘miyans’ — a Sindhi word which refers to the fishing point on the river bank. Miyans in the past fostered a culture whereby fish were transported from the miyan to the market.  Of these points, the ‘sonn’ or gold miyan got its name from the wealth it brought to the fishermen in the nearby village. The village, about four kilometres from Latifabad city, has enjoyed a period of economic well-being from the sale of fish that was found in abundance in the river.

Sadly, the accord’s mandated 10 MAF share was not given each year for the Indus river, resulting in a gradual water shortage. Without the required water the various species of fish vanished, and the miyans became shadows of themselves. Fishermen testify that since the 1991 accord, water does not reach the Indus delta. As a result, these miyans exist merely in name.

Sonn Miyan has been running dry for 10 years. Since 2001, there has been no heavy flood. To make matters worse, influential landlords from the upper riparian areas of Sindh suck up water with lift machines, leaving those on the lower side with an acute shortage of water.

Floods in 2010 brought some life to the Sonn Miyan due to a good flow of water, but it was just for a short period.

“That was a good time and a joyful moment for us. The river was full of water. But it was short lived,” says Akram Ali.

For years, the Indus River System Authority (IRSA) has not given the due water share to Sindh. Hamza Faqeer, a 70-year-old from the once flourishing Sonn Miyan, described the acute water shortage thus: “The shortage of water in the river ruined us; we don’t even have drinking water. The bore water, too, is brackish. We are using water from the supply line. My eyes have seen the ups and downs of the Sonn Miyan. But this is unbearable; we have lost our livelihood, our boats and fishermen can’t catch a good amount of fish. Even our well has gone dry.”

Faqeer added that they are faced with unemployment and their once active boats — which used to fish for 200 kilometres between Sonn Miyan and Kharo Chann – now lie anchored on the bank. “I am now left to bring fish from fish farms and sell it out in the market,” he said, adding that farmers are left to compete with wealthier fish farmers for a livelihood.

“It’s quite strange for a fisherman not to catch fish from the river and to turn to the fish farm.”

The decrease in fishing has been a huge setback for Sonn Miyan. The lack of infrastructure in the area testifies to the region’s marginalisation. There are no basic health units, no good schools for children and no roads for connectivity.

When fishermen return from fishing trips and are asked how the catch was, they shake their heads. 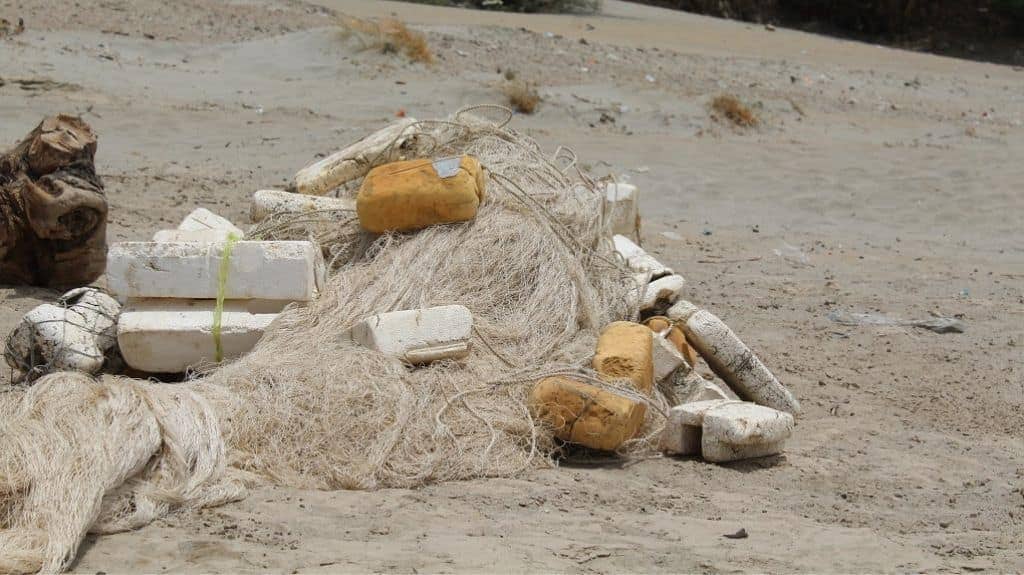 Palla, one of the most popular species of fish in the Indus, has decreased drastically. There was once a time when fishermen caught the fish in large quantities and made a handsome earning on the sale. Now, the fish is difficult to find and a single fish costs PKR 3,000 (USD 19.15).

“Now we rarely get palla from the Indus River, even if we go till the end of it. We often return with empty nets. If the river doesn’t flow, we are unable to get fish.”

Aslam recalled better times: “We have seen the days when fishing nets were made of threads and, after putting the net into river, we would get tons of fish with a single net.”

Muhammad Ali Shah, Chairman of the Pakistan Fisherfolk Forum (PFF) said, “I do not consider the Indus river a commodity. It’s a living entity, like a human being. You cannot chain a river through dams. This is a controlled river which does not reach the end, so it is dying.”

He added that during a flood, water is stored in reservoirs not allowed to flow in the river.

“There is a great need to rehabilitate the Indus river; it’s the right of the river. I believe in the natural flow of the river, so it should be canal free,” he said.

Environmentalist and former programme coordinator at WWF-Pakistan, Nasir Panhwar said, “These fishermen were dependent on fresh water. Due to a shortage of water, the Indus delta is also completely destroyed. Like Manchhar lake, these miyans are getting cleaned out.”