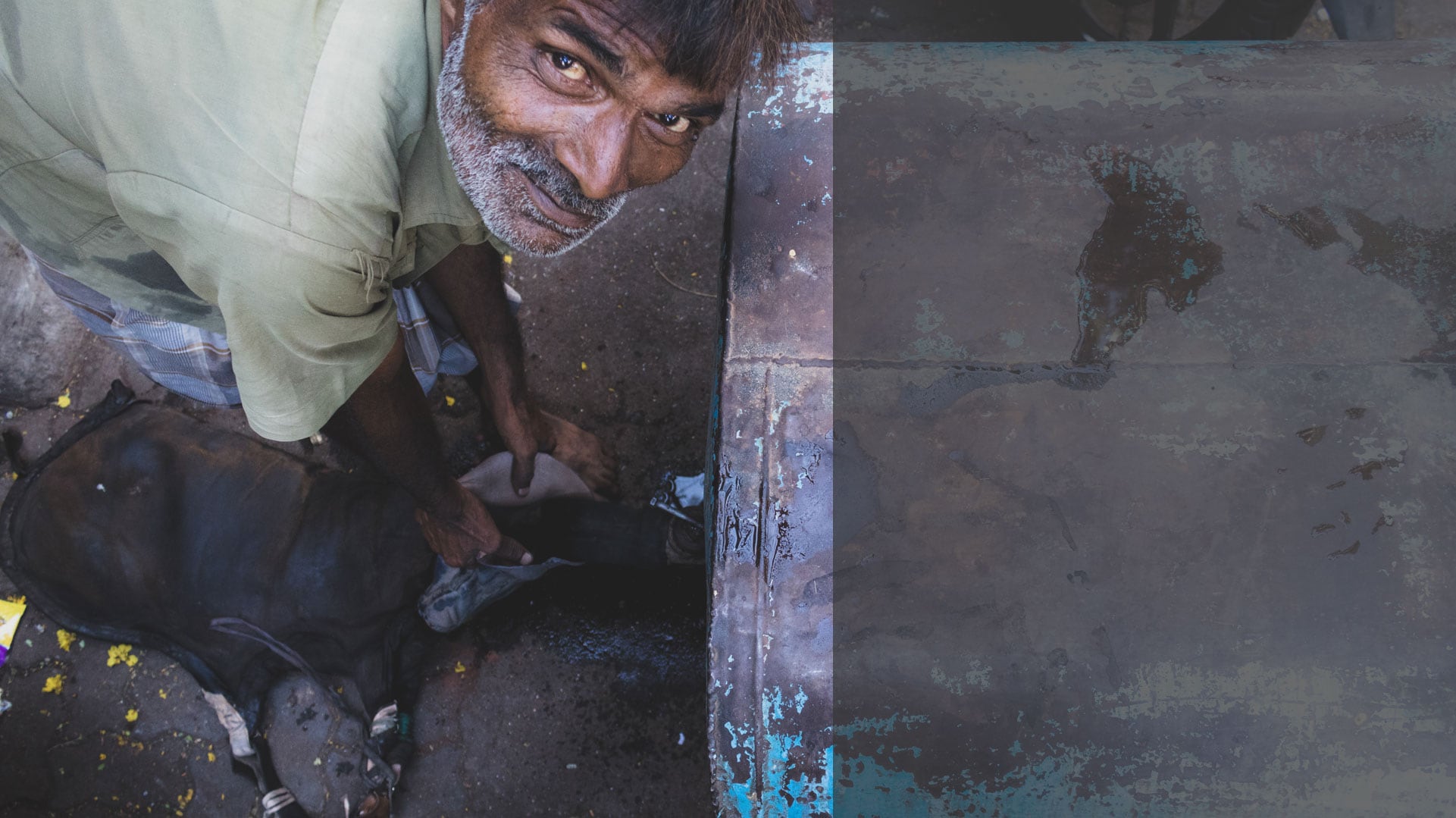 In the scorching March heat that makes the middling Mumbai winter seem like a distant memory, Mohammed Aslam stands beside his 'patra' — a portable water tanker — waiting for his next order. Aslam is a 'mashaqwallah', which translates into water-bearer or carrier. Aslam belongs to the Bhishti tribe; the community that's historically associated with the profession of supplying water. The water is stored in a goatskin bag, known as 'mashaq' — that's where those who practice the trade get their name from.

Being a mashaqwallah was once considered a respectable profession. Generations from within the same family would ply the trade, the responsibility passing down from parent to child and so on.

Aslam, like others in his community, followed his forefathers’ footsteps in becoming a water-carrier. 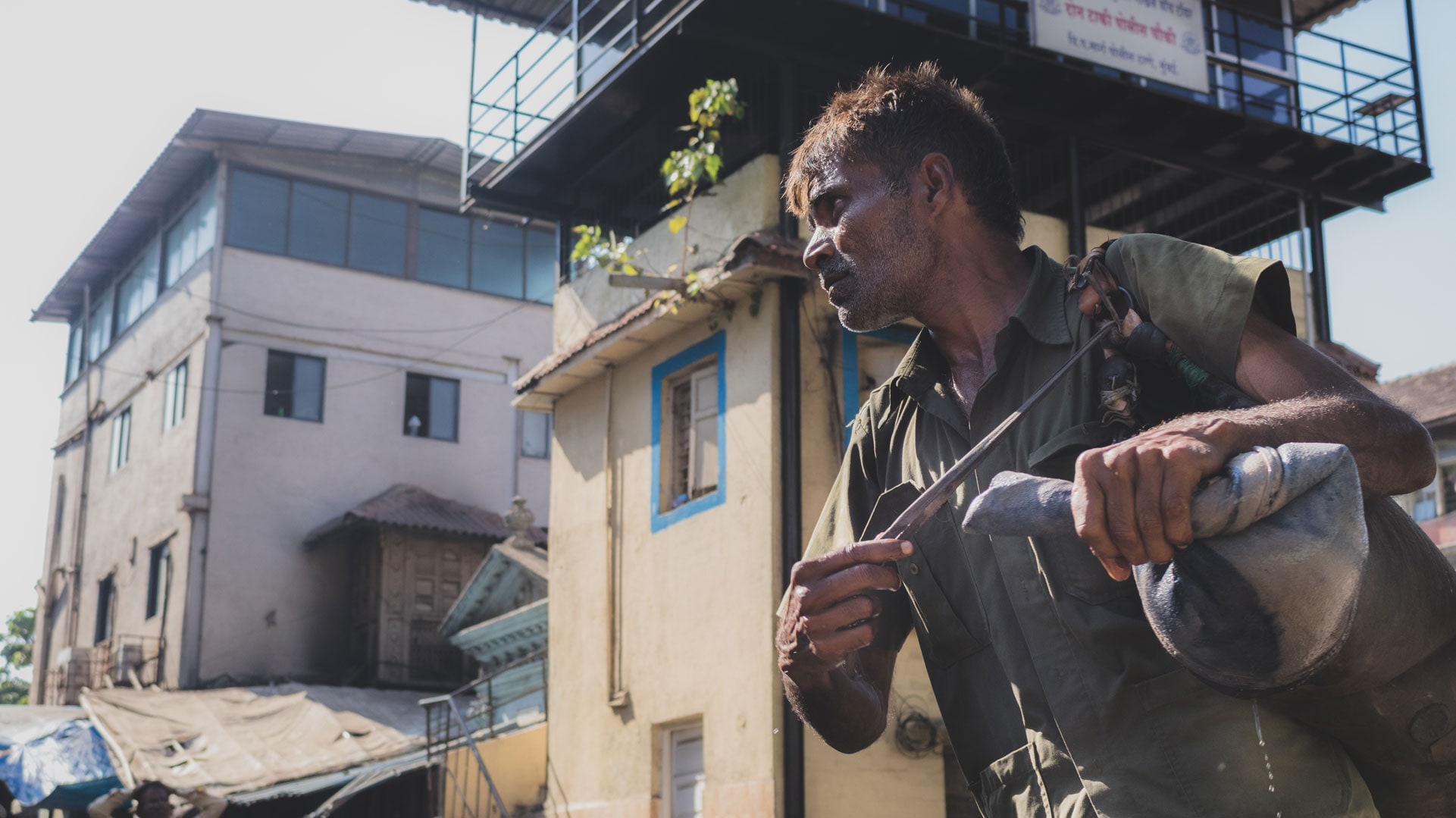 The morning that we meet him is a busy one — as most days in Mumbai are. Aslam is stationed outside the Don Taki police station in South Mumbai with his patra. His day starts early, at 5 am. He begins by filling his patra at CP Tank every morning, then tows it to Kumbharwada, the neighbourhood he supplies water in. 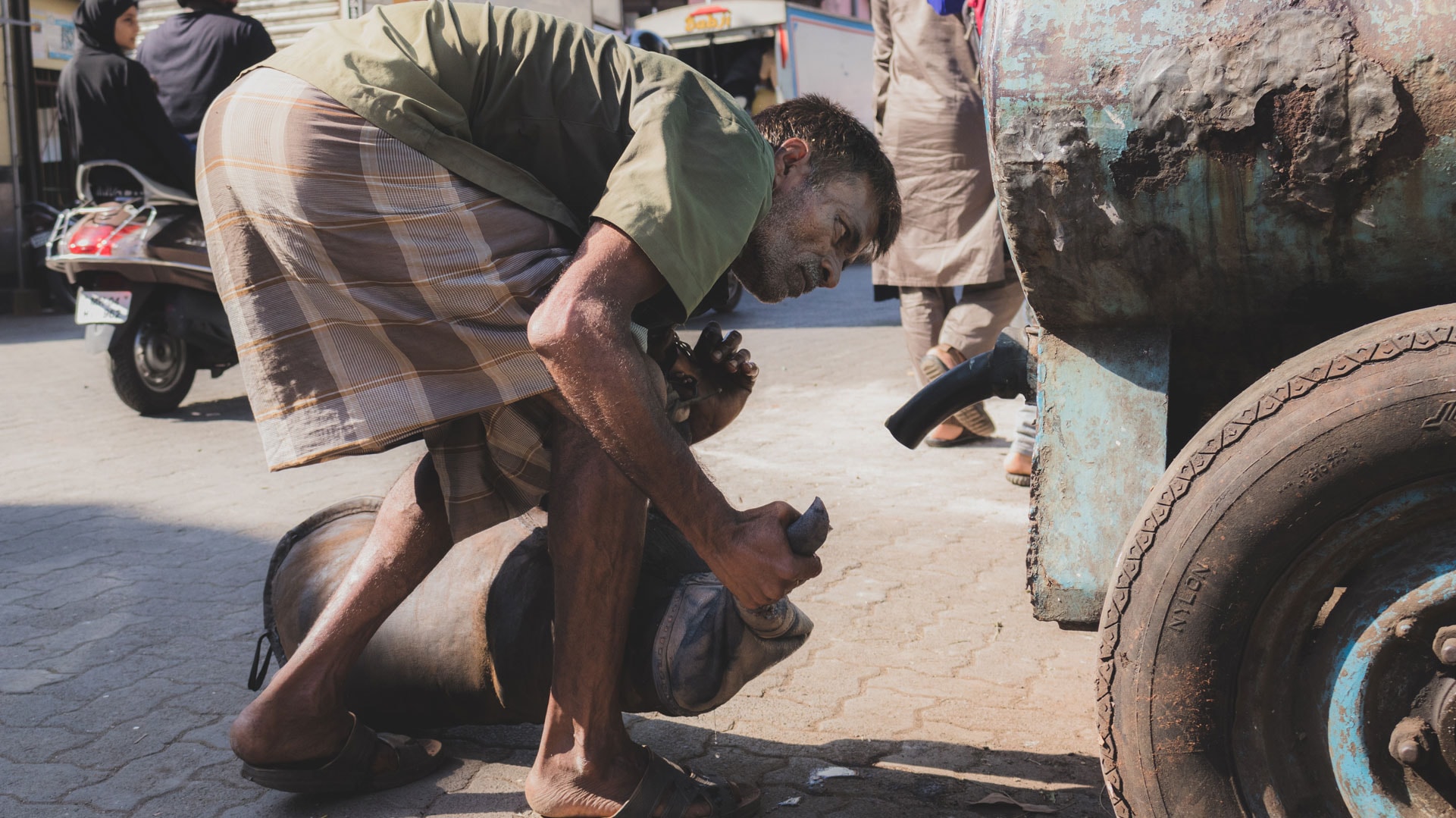 Each mashaqwallah covers an area of nearly a square kilometre. In Kumbharwada, there are three of them supplying water. 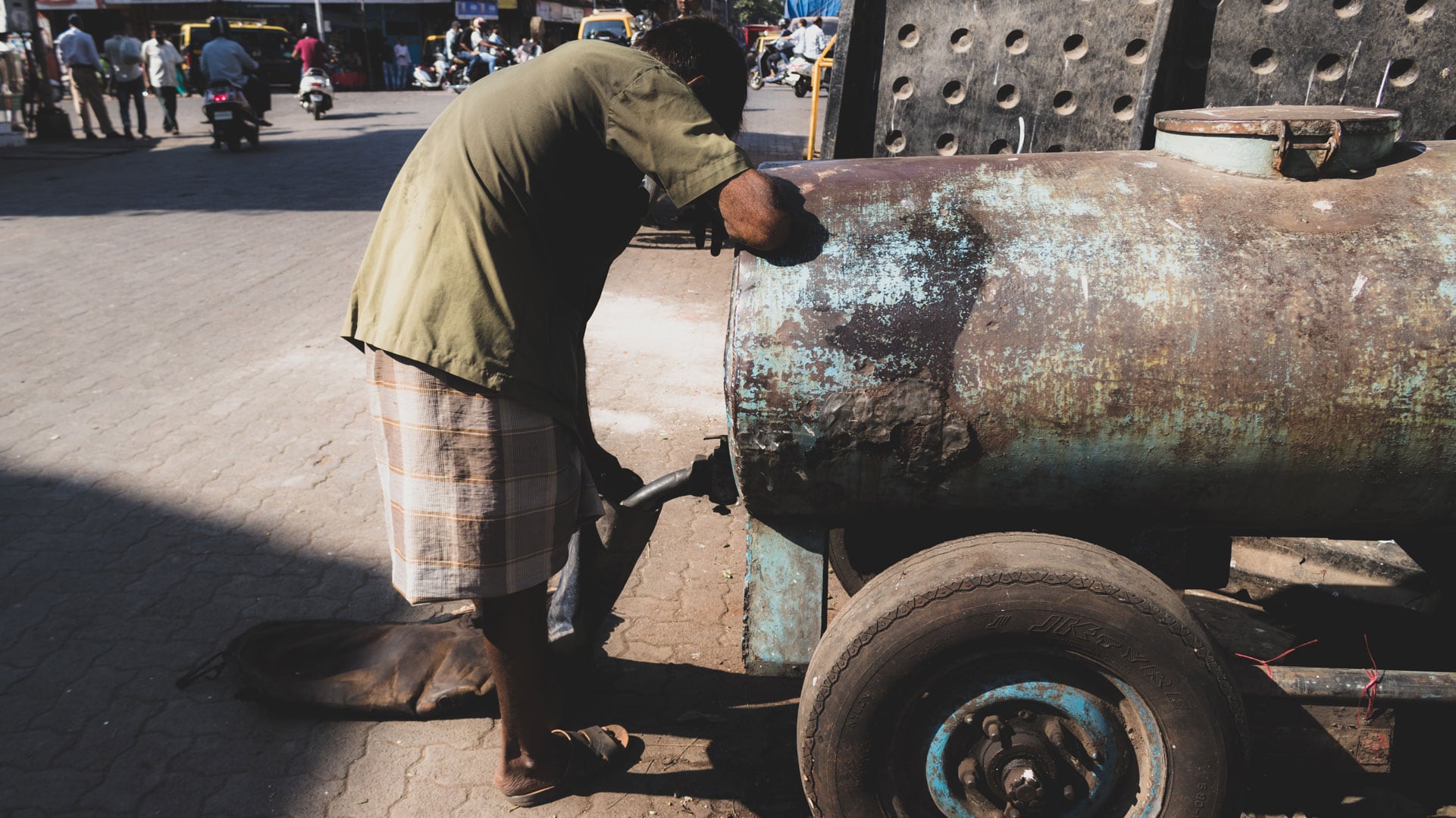 ‘Follow me, I have received an order,’ says Aslam, getting a bit excited. He tows his patra through MS Ali Road, and parks it near a textile shop in Nagpada. Aslam lets the water from the patra fill his mashaq — the latter nearly resembles an actual goat — then ties its mouth and flings it on his shoulder. Finally, he empties the water from his mashaq into the client’s container, repeats the process a couple of times, collects the payment and tows his patra back to Don Taki police station. 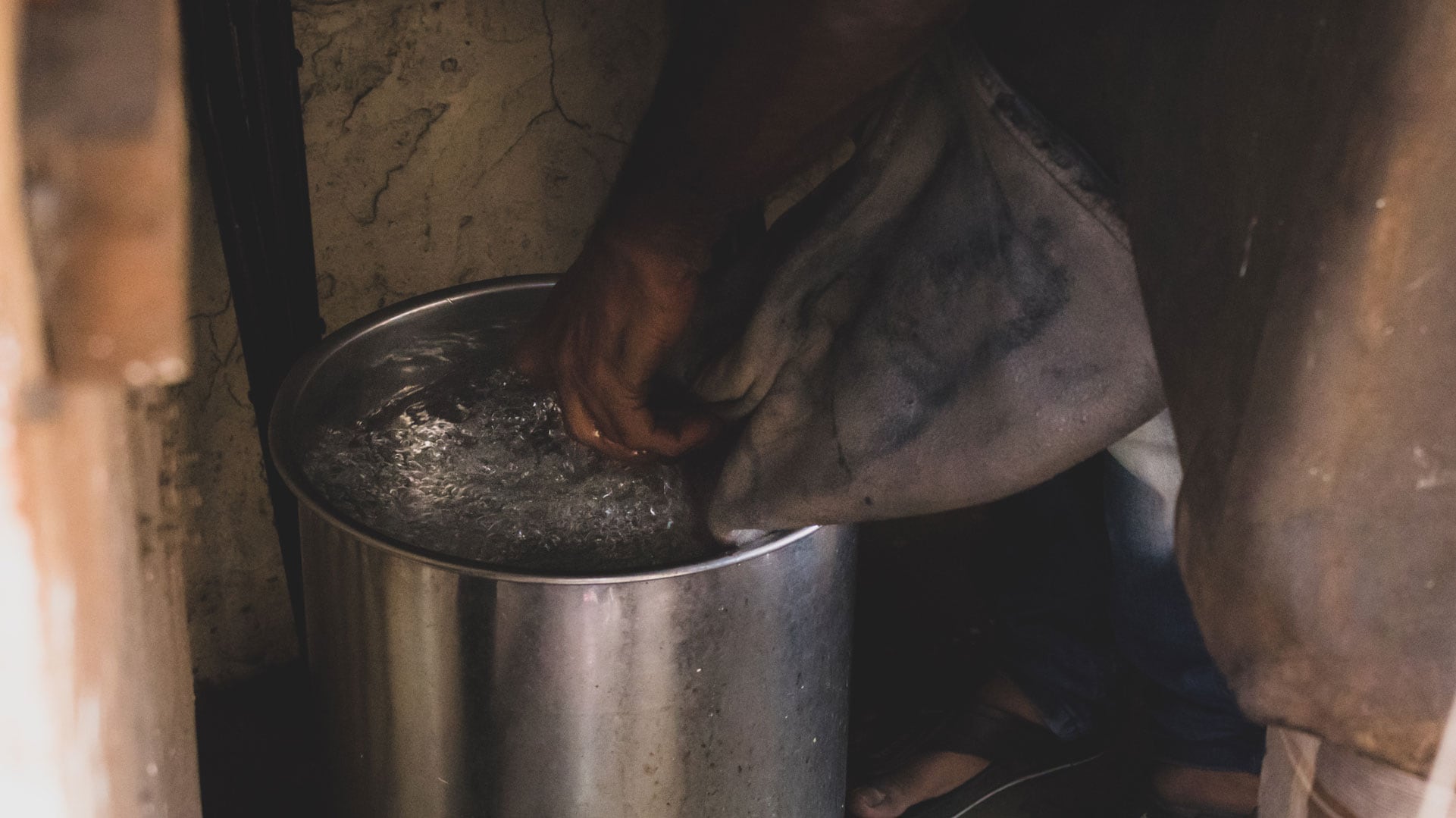 ‘Ten years ago, there used to be more than 25 mashaqwallahs working here (in Kumbharwada). Now, it’s just the three of us,’ says Aslam. Because of more efficient and regular modern-day water supply system available, the Bhishtis’ profession has become obsolete, and their clientele has been reduced to small shops and households that have an irregular supply of water. Adding to their woes is the high cost of the mashaq (around Rs 4,000), that has to be replaced every six months. All this has forced them to look for more viable jobs. Many in the community have completely given up on the profession, while others have separate businesses on the side. Aslam, too, had to look for another profession. In the summers, roughly for six months, when the demand for water is high, he is a mashaqwallah in Mumbai; the other six, he drives a taxi from Delhi to Jaipur. ‘These are the only two things I know, what else can I do? There is little money in this profession, but money doesn’t buy respect,’ he says. 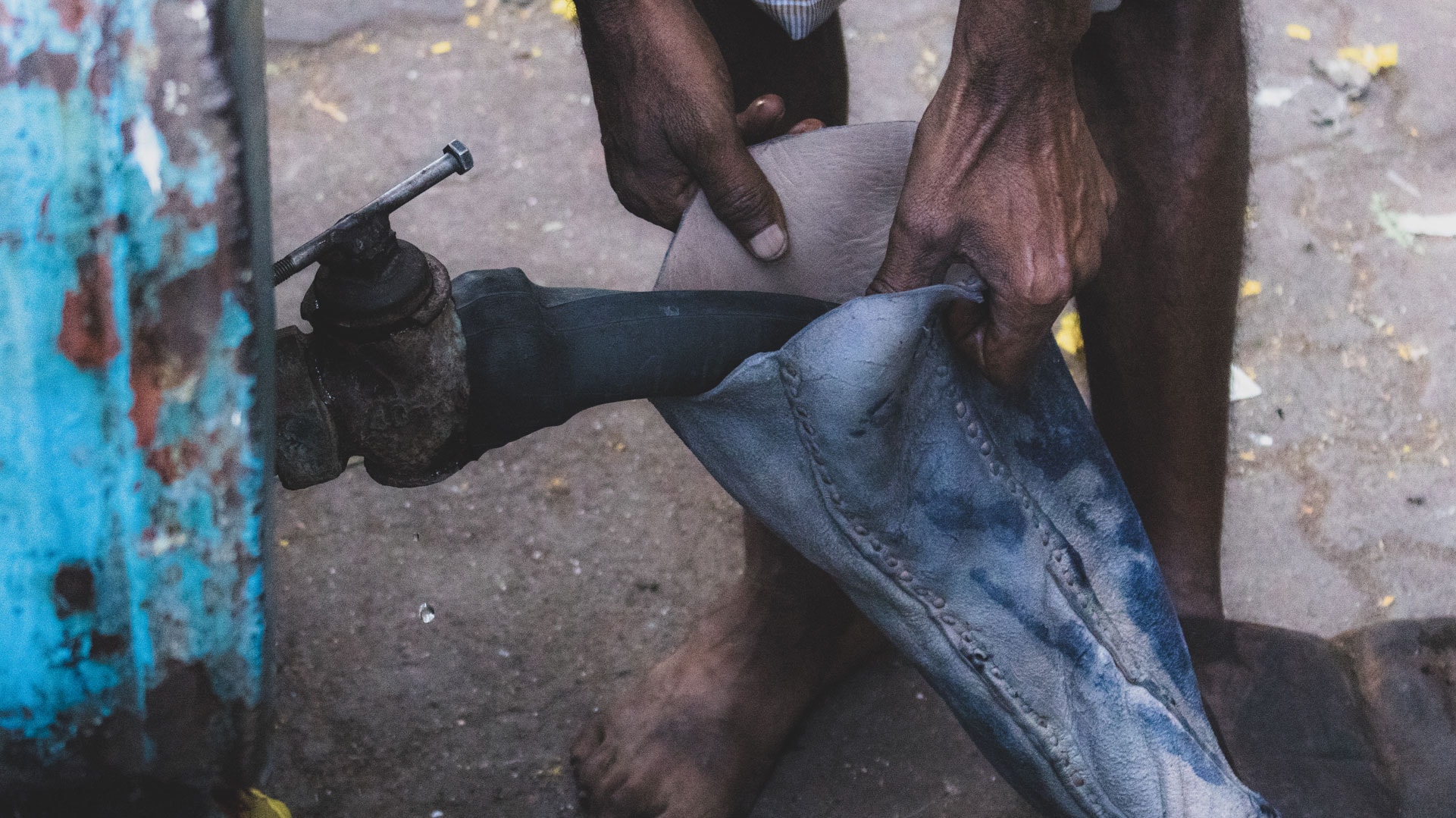 Mashaqwallahs are on the brink of obsolescence, and there seems little chance of a revival of the trade. While some, like Aslam, hold on because of a lack of options, for others, it's pride in a bygone era that keeps them going.